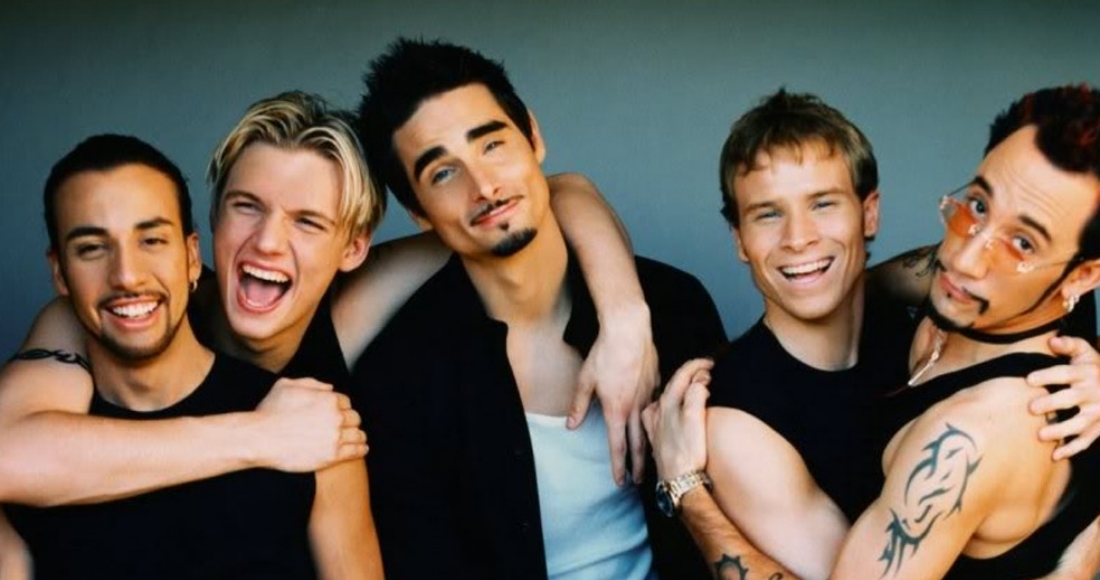 Picking a Pop Gem – our name for overlooked classics or big hits of yesteryear – from your suggestions gets harder every week, and this week was probably the toughest of the lot. In fact, it was so tough that, for only the second time ever, we declared it a tie and admitted two Pop Gems into our Hall of Fame.

Our theme was BOYBANDS, and these were our final 14 – some of which, we have to admit, we never thought we’d see in a Pop Gem shortlist.

We scratched our heads. We played the videos again and again. We reminisced about supermarket own-brand hair gel and slick dance routines, and we decided we could never pick just one. It had to be two, and they both had to be Backstreet Boys songs.

Why it had to be Backstreet Boys

Few boybands have enjoyed the longevity of ‘Backstreet’, formed in 1993 and scoring their first UK hit in 1996. Hailing from Florida, Kentucky and New York, A. J. McLean, Howie Dorough, Nick Carter, Kevin Richardson, and Brian Littrell released a string of hits over the Nineties and Noughties.

While there may have been a few gaps in their chart appearances and the odd flirtation with going solo or trying other things, the boys always came back together. They still perform together, over 20 years on. They are perhaps the ultimate boyband – in fact they are so boyband, they even joined forces with another huge American boyband, New Kids On The Block for a joint tour. There was so much boyband power on stage, it’s lucky the world didn’t explode.

Such is their brotherhood, that although Kevin Richardson quit the band for six years, he ended up returning to the group – let’s hope they all sang “Backstreet’s back., all right!” when he walked through the door.

Watch the video for that classic before we move on to why we chose the songs.

It’s always a sign that a band is in need of Pop Gem recognition if you look at their list of hits and genuinely spend ages wondering which one is their ultimate song – the classic. And while we could have gone for I Want It That Way or Everybody (Backstreet’s Back), we reckon these two top 10 hits are a perfect example of the Backstreet magic.

First up, As Long As You Love Me, the band’s sixth Top 10 hit, landing at Number 3 in October 1997. As Long As You Love Me had a tough act to follow – Everybody (Backstreet’s Back) was an uptempo stomper and had been a radio smash. Would anyone take notice of a heartfelt ballad served straight after? Well, yes, they did, in a pretty big way.

Onto a true overlooked tune – The Call. Coming toward the end of Backstreet Boys' first wave of success, The Call saw the lads in more unfamiliar territory. Instead of being the dependable guys who’d never break your heart or would give you all they had to give, Backstreet Boys became players.

A familiar tale of being up to something you shouldn’t be – with the added frisson of excitement/anguish that comes from having no phone battery – The Call was the last in a run of 13 consecutive top 10 hits for the band. Unlucky for some indeed.

Largely forgotten by everyone other than diehard BSB fans, The Call is a certified banger, even now. It reached Number 8 in February 2001, spending only three weeks in the Top 40 – a travesty!

Here are the boys performing The Call in 2012 on the NKOTBSB tour.

The guys’ first Top 40 hit was back in June 1996, when Get Down (You’re The One For Me) reached Number 14. It was the first of 19 Top 40 hits, which included 16 Top 10s. They had just one chart-topper on the Official Singles Chart, but what a Number 1 it was – the amazing I Want It That Way, which sold over 520,000 copies and is their second biggest seller behind As Long As You Love Me.

Over on the Official Albums Chart, the boys boast nine Top 40 albums, including three Top 10s. As Long As You Love Me was from sophomore effort Backstreet’s Back (2) – their biggest seller with over 700,000 copies sold, and The Call featured on Black And Blue (13).

Need a refresher on some of the older – yet no less amazing – tunes? Watch them all here!