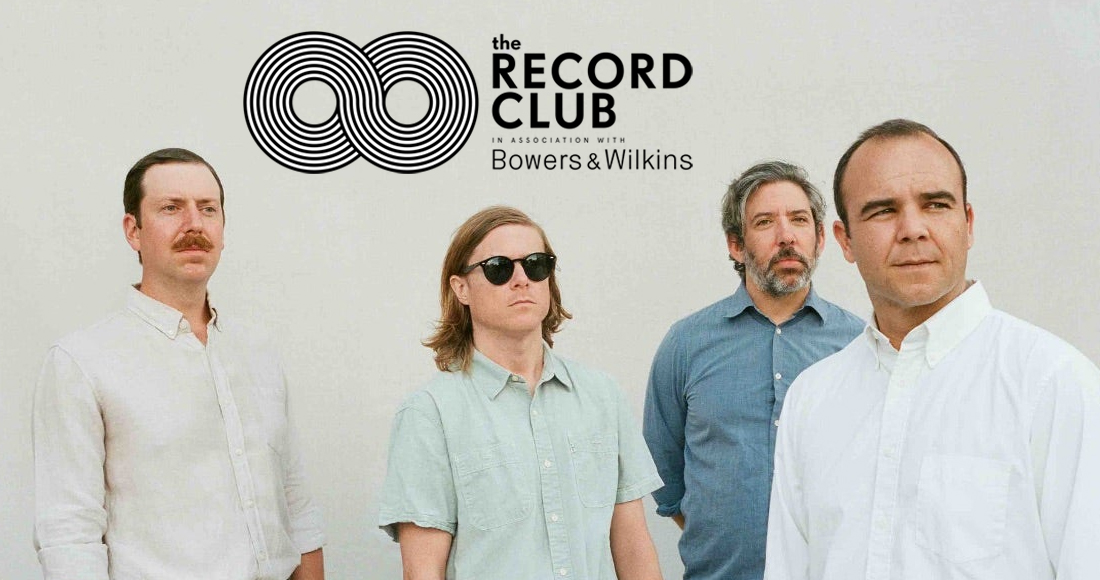 Official Charts, Record Store Day UK and National Album Day are delighted to unveil the extension and relaunch of our livestream show The Record Club in association with Bowers & Wilkins on 21 October for a new 12-month series.

The newly relaunched series will kick off again with synth-pop four-piece Future Islands, discussing their brand-new album As Long As You Are.

A collaborative project from the brands at the heart of the British music industry with a combined digital audience of over 3 million music fans, The Record Club livestream series was launched in May to support physical record shops and new releases through the challenge of lockdown.

Designed as a book club for albums, the bi-monthly livestream is hosted by BBC Music’s Jess Iszatt on Facebook Live every other Wednesday at 6.30pm. Fans are encouraged in the week beforehand to order the selected new-release album from their favourite local record shop either in-store or on home delivery, listen to it in full, then tune into the broadcast armed with their questions for the artist and a chance to win a prize.

Join us for The Record Club in association with Bowers & Wilkins on Wednesday 21st October at 18:30 BST as Jess Iszatt...

Originally launching with artist Rina Sawayama talking about her debut album Sawayama, The Record Club has already welcomed a busy schedule of celebrated acts and albums onto the show including no less than one Number 1 album (Doves’ The Universal Want) and two midweek chart frontrunners (Sleaford Mods’ Eton Alive, Declan McKenna’s Zeros) plus Laura Marling (whose Song For Our Daughter was later shortlisted for the Hyundai Mercury Prize), Phoebe Bridgers, All Time Low, Neck Deep and Groove Armada. Watch back all 12 episode from Series 1 here.

Premium audio brand Bowers & Wilkins are official partners of the new series to support its continuation across the next 12 months in not only championing the best new album releases of the year, but importantly connecting music fans with their local record retailers as they get back on their feet following the pandemic.

Episode 1 of the all-new series of The Record Club in association with Bowers & Wilkins, featuring Future Islands, will take place on October 21 at 6.30pm across The Record Club’s network of host Facebook social accounts – The Record Club, Official Charts, Record Store Day, National Album Day, as well as Future Islands' Facebook pages. Click to get a reminder of the broadcast.

Pick up a copy of new album “As Long As You Are” from your local record shop - find your nearest retailer here, immerse yourself in it, then tune in to the broadcast armed with your questions for front man Sam.

One lucky commenter on the night will win a pair of Bowers & Wilkins PX7 wireless headphones.

Dave Sheen, Executive Vice-President of Product, Brand and Strategic Partnerships at Bowers & Wilkins said: “We’re proud to be joining The Record Club in an exciting new chapter. As passionate fans of music, we have always believed in the importance of connecting music makers with fans – something that has never been as vital as it is now – to celebrate the art of making music and to experience an album as the artist intended.

"We’re delighted to be helping to connect talented music creators with music lovers in a more meaningful way by providing an opportunity for artists to share their own creative journey in making their album.”

MORE: The Official Top 40 bestselling vinyl releases of 2020 so far