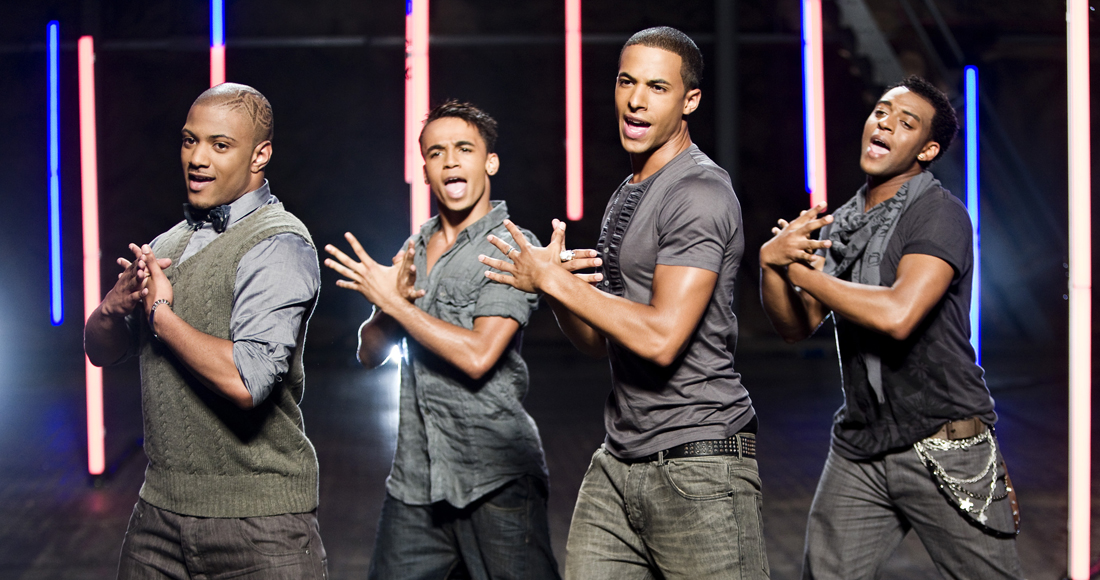 ABBA once said “the winner takes it all”, but the good thing about pop is that there’s no shame in coming in second place – some of the best singles out there never get beyond Number 2, after all. When boyband foursome JLS came second to Alexandra Burke in the final of The X Factor 2008, you could forgive them for thinking it was all over for them before it really begun.

Luckily, Aston, Marvin, Oritsé and JB are made of stronger stuff, and they dusted themselves off, got a record deal and squirrelled themselves away in the studio to prepare for their big launch.

It was a recipe for success, as Beat Again went straight in at Number 1 with impressive opening week sales of 106,000. It was the first of five Number 1 singles for JLS. Remember the others? Course you do! Everybody In Love (2009), The Club Is Alive, Love You More (all 2010) and She Makes Me Wanna ft. Dev (2011). Beat Again kicked off a run of eight consecutive Top 10s for JLS – in total, they scored 12 Top 40 hits - look at JLS' complete Official Chart history here.

Beat Again is JLS’ best-selling single in the UK – over 574,000 copies sold. Over on the Official Albums Chart, all five of their releases went Top 10, their self-titled debut going to Number 1 and selling over 1.4 million copies.

In 2013, the boys decided it was time to move on. Marvin was lined up to present the third series of The Voice and had done a few successful stints on ITV daytime show This Morning with wife Rochelle of the Saturdays. Aston switched to mentoring, with appearances on Sky’s Got To Dance, as well as pursuing a solo career.

Elsewhere in the Official Singles Chart that week, JLS had knocked last week's leader, Evacuate The Dancefloor by German dance outfit Cascada, to Number 2, and Black Eyed Peas' I Gotta Feeling was mid-charge towards to the top spot, leaping from 10 to 3.

An instrumental rework of Sigur Ros' Hoppipolla by Chicane - renamed Poppiholla - was new at Number 7, and rapper Pitbull claimed his first ever Top 10 with I Know You Want Me (Calle Ocho), up four places to Number 9.

Further down, the sixth release from Beyonce's I Am... Sasha Fierce album, Sweet Dreams, zoomed from 52 to 13 after being promoted to single status, and British singer VV Brown reached a peak with what would become her only Top 40 hit, Shark In The Water, at Number 34.

Listen to the UK Top 40 from this week in 2002 on our streaming channels. Subscribe to our weekly Flashback playlist on Spotify, Deezer, Apple Music.