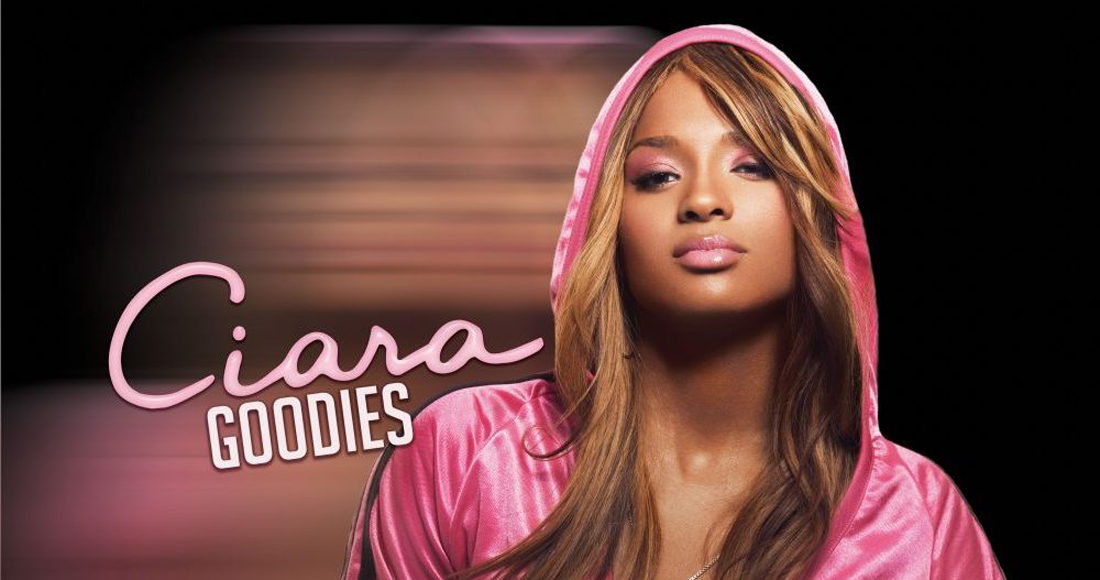 The genre of the moment in 2005? Crunk. A subgenre of hip-hop, the R&B-meets-heavy-synthesisers sound had been ushered into the mainstream by, err, Usher, in 2004 with his global smash Yeah!.

It was the perfect sound for Ciara, who, at that time, was ready to leap out of the gate having recently signed to L.A Reid's famed LaFace Records. The song that would become her debut single, Goodies, started out as a demo she was working on with producer Sean Garrett, conceived as a reply to featured artist Petey Pablo's single Freek-a-Leek. He wanted her, but her goodies were staying fimrly "in the jar".

The finished song, which bares more than a passing resemblence to its inspirations, quickly became a hit, spending seven weeks at Number 1 in America (the longest female Number 1 since 1977) and one week at the top of the Official UK Singles Chart.

Ciara had immediately established herself on the global stage; Goodies was also a hit in Australia and most of Europe, earning her the dubious title a 'Princess of Crunk&B'.

Goodies has 240,000 chart sales in the UK, including 11 million streams, making it her fourth biggest song. Ciara continued the crunk sound on her debut album of the same name; follow-up singles 1,2 Step ft. Missy Elliott (her biggest song in the UK) and Oh were also Top 5 hits. View Ciara's Official UK Chart history in full.

16 years on, the influence of Goodies can be felt, most notably on the debut single by Normani, Motiviation, on which the former Fifth Harmony singer pays homage to Goodies and several other quintessential '90s/'00s music videos in her visual.

Elsewhere on the Official Singles Chart this week in 2005, the Top 10 was awash with new entries, including Chemical Brothers' Galvanize at 3, the breakout hit Wires by London indie band Athlete at 4, and a second Top 10 for British newcomer Lucie Silvas with Breathe In at 6.

Listen to the UK's Official Singles Chart Top 40 from this week in 2005 on Spotify below. Also available on Apple Music | Deezer.