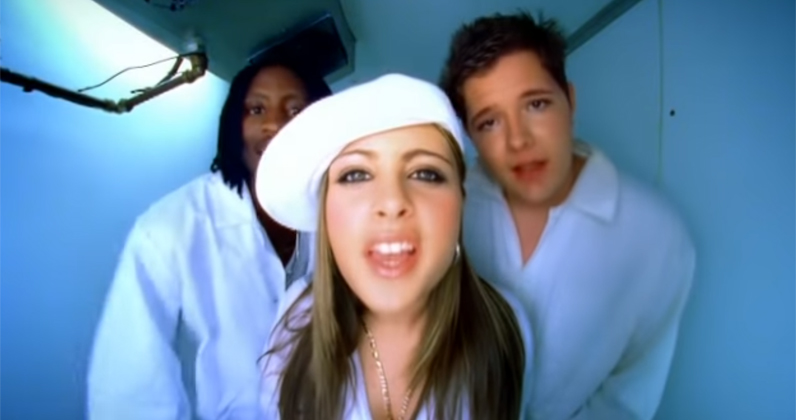 One of the best things about 3 Of A Kind's Baby Cakes is that they never released a follow-up, making the the trio - Nicholas 'Devine MC' Gallante,  Liana 'Miz Tipzta' Caruana and Marc Portelli - true one-hit wonders.

Even more curiously, Baby Cakes - a sugarcoated, bubblegum take on the 2-step sound - arrived seemingly out of nowhere in 2004, five years after garage music's peak on the charts.

In the book 1000 UK #1 Hits, member Liana 'Miz Tipzta' Caruana said the song was written in 1998, inspired by made-for-TV-film Babycakes starring Ricki Lake. "The words are written about someone I knew, but generally it's based on the film's love story," she said. "Basically, the girl knows the man is 'The One' but he doesn't realise it."

She forgot about the song and revisited it in 2002, singing the chorus to her friend Devine MC who worked at London pirate stations Supreme FM. He had an idea to match the song to an instrumental by his friend Marky P, and 3 Of A Kind Was Born. The song went from pirate radio, to clubs and eventually national radio.

Baby Cakes debuted at Number 1 on the Official Singles Chart 15 years ago this week, shifting 55,000 copies in its opening week. The song, amusingly, denied The Libertines' Can't Stand Me Now from the top spot that week, outselling them by more than double.

Baby Cakes' total chart sales stand at 392,000, including 11.5 million streams since 2014. It's still getting some love today: last week, 27 people in the UK downloaded it and it picked up just shy of 85,000 plays on audio streaming platforms.

Elsewhere on the Official Singles Chart that week in 2004, the previous week's Number 1, Thunderbirds/3am by Busted, was knocked to Number 3, and short-lived boyband V scored their biggest hit at Number 5 with Hip To Hip/Can You Feel It. Further down, there were big new entries from Kasabian, Javine and more.

Listen to the UK Top 40 from this week in 2004 on Spotify below. Listen on Deezer here.