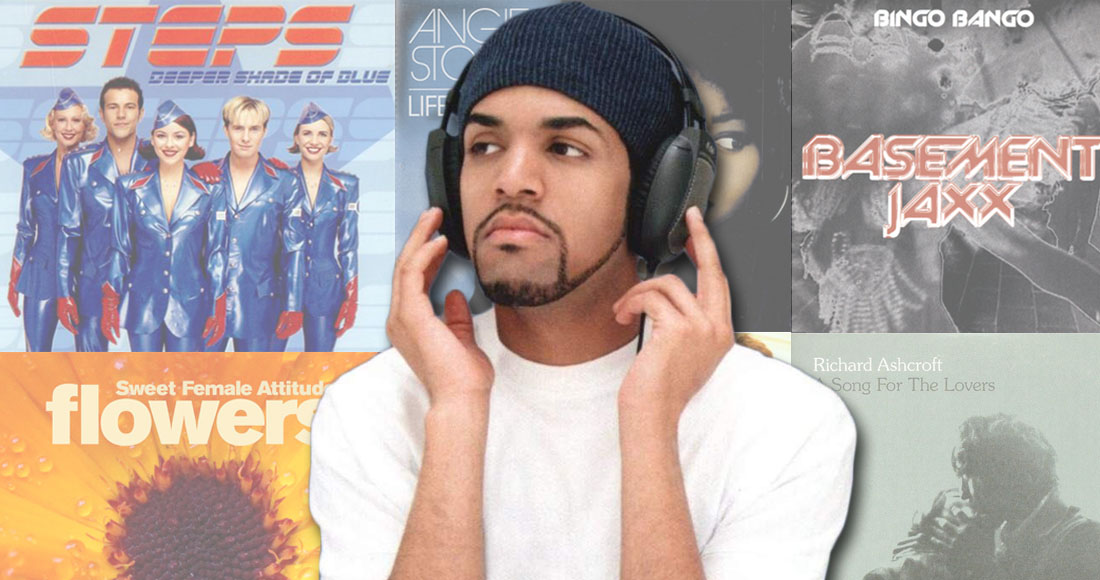 Few were prepared for Craig David's arrival on the music scene. In fact, his first taste of success - on Artful Dodger's garage-pop classic Re-rewind (The Crowd Say Bo Selecta) - was such an unexpected hit that Craig wasn't originally credited on the track.

But crooner's soulful yet sugar-sweet vocals caught the ears of the general public and solo success quickly followed. Four months after Re-rewind debuted at Number 2 on the Official Singles Chart (in December 1999), Craig returned with his debut single proper, Fill Me In. The track, a blend of smooth R&B with flourishes of the garage sound of the moment, proved he was more that a session musician. The UK was missing a big male solo star, and Craig was to be it.

Fill Me In, on which Craig plays a suburban Lothario who woos the girl next door despite her suspicious parents, debuted at Number 1 this week in 2000 with impressive first week sales of 165,526. It spent just a week at the top but went on to become the tenth biggest selling single that year, with sales of 573,000 in total.

Fill Me In was the first of five Top 10 singles from his mega-selling debut album Born To Do It, which has shifted 1.94 chart sales to date. The track still has a sizeable audience in the streaming era with 34 million plays in the UK since records began in 2014, and averaging 151,000 plays a week this year - boosted by Craig's televised New Year's Eve performance at the turn of 2020. See where all of Craig David's singles and albums have reached on the Official Chart.

Elsewhere in the Official Singles Chart Top 40 that week in 2000, Craig topped off a rarely-seen entirely new Top 5. At Number 2 were garage duo Sweet Female Attitude with what would turn out to be their only Top 40 hit, Flowers, finishing a massive 85,000 sales behind Craig.

The Verve frontman Richard Ashcroft landed at 3 with his debut solo single A Song For The Lovers, and Deeper Shade Of Blue, the fifth single from Steps' second album Steptacular, entered at Number 4. Alt-rock hip hop band Bloodhound Gang scored their big breakthrough hit at Number 5 with The Bad Touch.

Further down the eclectic Top 40 from this week in 2000, there were new entries for Basement Jaxx's carnival banger Bingo Bango, US R&B star Angie Stone scored her biggest UK hit with Life Story, and American band Lonestar landed inside the Top 40 with their country power ballad Amazed.

Listen to the UK Top 40 from this week in 2000 on Spotify below. Listen on Deezer here.