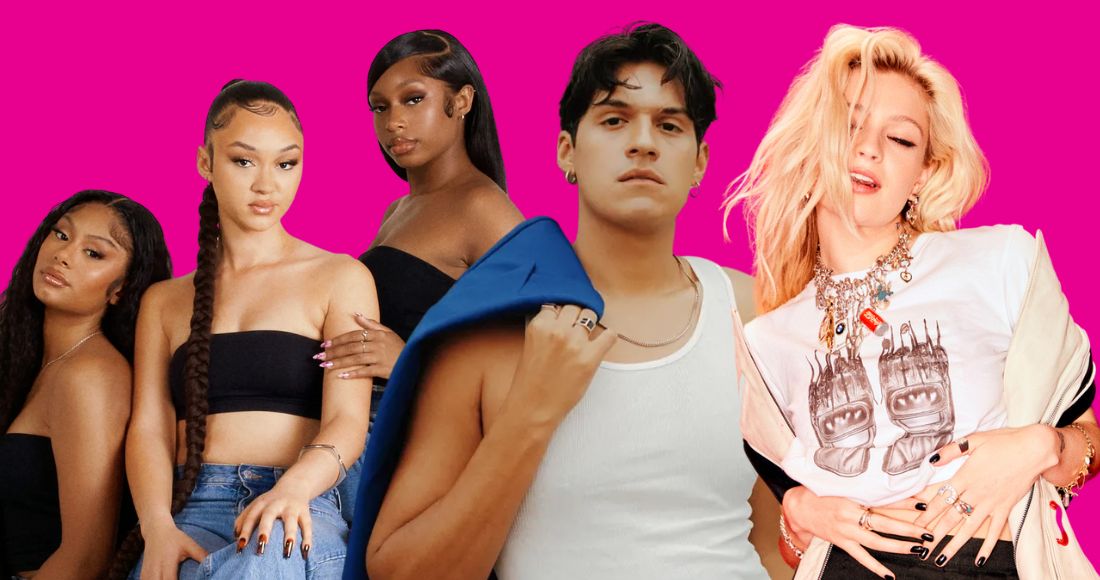 Here at Official Charts, we always have one eye on the future of pop.

New artists, new songs, new ideas, new blood...these are the things that keep the music industry turning. In an age of streaming, where more people have instant to new and un-discovered music than practically ever before, artists looking to breakthrough have never had a bigger stage on which to make their name.

And with 2023 literal days away, we've complied a list of the 10 artists that we here at Official Charts will be keeping a very close eye on over the next year. Some of these names have had tastes of success on the UK's Official Charts, some have had none at all...yet, but they each have a clarity of vision and musical identity that, we think, sets them apart from the rest of the crowd.

Here, we're presenting our 10 Artists To Watch for 2023. If you have an emerging artist you love that isn't present here, let us know in the comments who you'll be rooting for over the next 12 months. 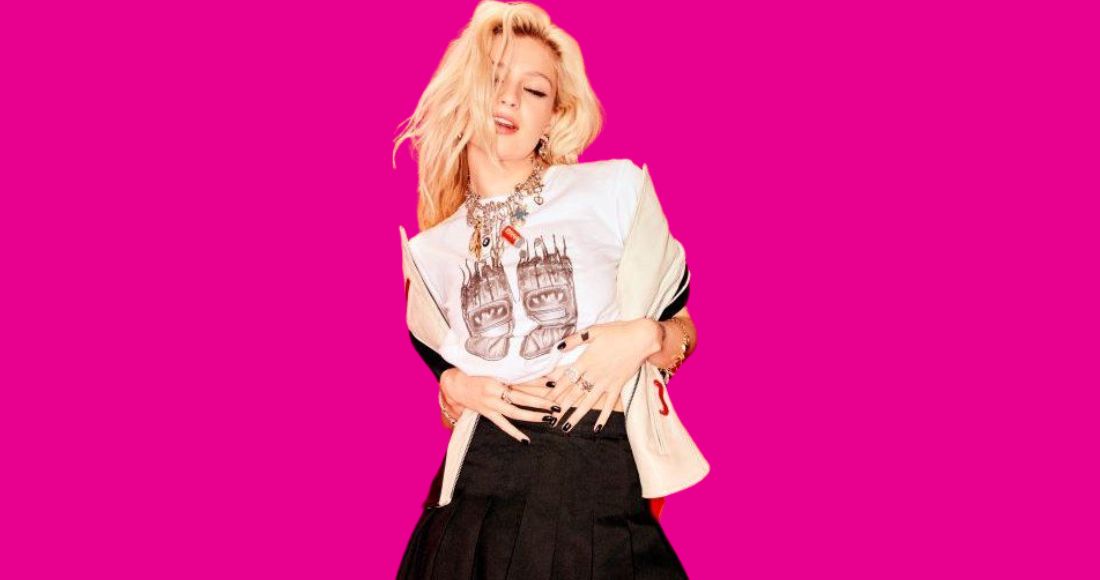 Tash Woods often calls herself a rockstar trapped in a pop star's body, and that's just about sums up the music she makes as Dylan. We have shimmering synth-pop (No Romeo) and stadium rock (Blisters) as well as intelligent combinations of both (Nothing Lasts Forever).

After a few year on the fringes releases indie anthems, 2022 was the year Dylan signed with a major (Island) and released her debut mixtape, The Greatest Thing I'll Never Learn, which charted inside the Official Albums Chart Top 20. Could 2023 be the year she goes all the way? We'll be watching/ 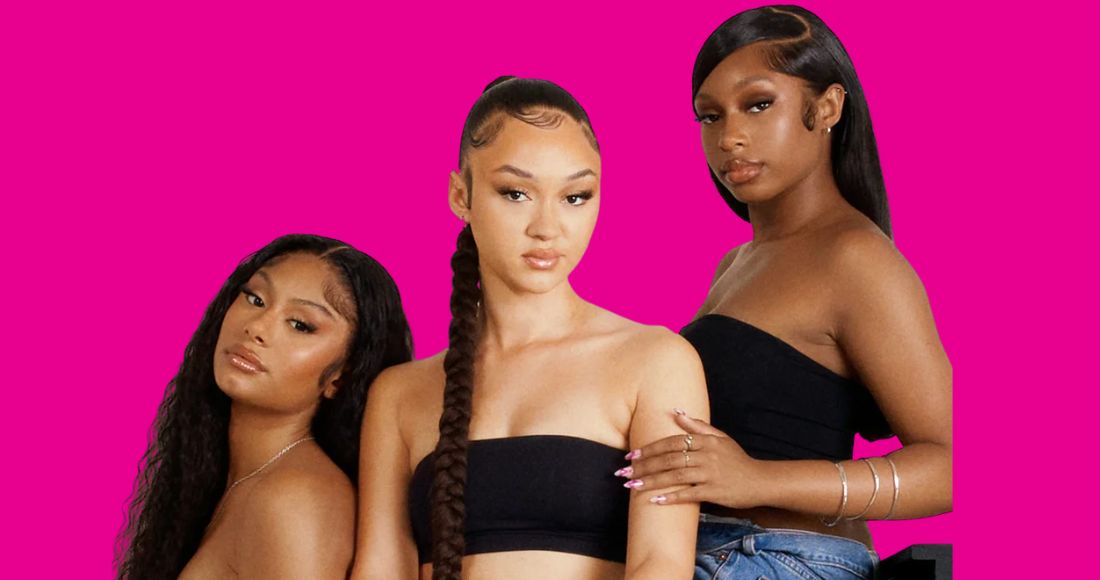 For most of 2022, there has been a glaring hole in British pop music; an undeniably great girl band. Following Little Mix's much-deserved hiatus, three-piece FLO may have only started releasing music this year, but they already seem like the most likely heirs to Leigh-Anne, Jade and Perrie's crowns.

Renée, Stella and Jorja have already got off to a great start for what promises to be their breakout year. Not only shortlisted for the BBC's...Sound of the Yeat 2023, FLO have also become the first group to ever win the coveted BRITs Rising Star Award. At this point, betting against them feels pointless.

Essential track: Not My Job, a re-invigorating take on early-00s R&B that Bey, Kelly and Michelle would be proud of. 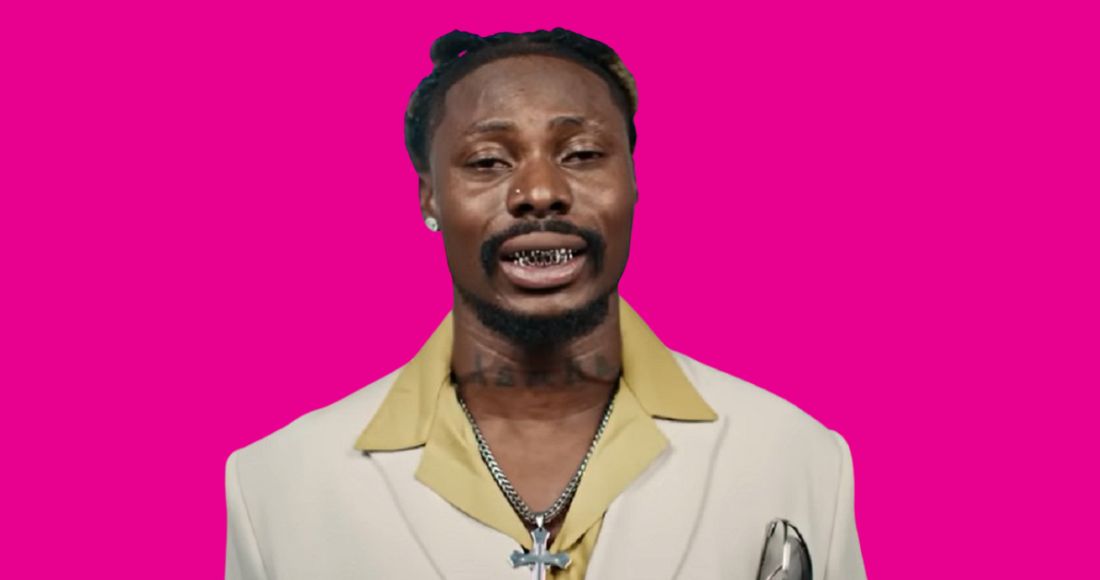 One of the biggest stars in Afrobeats, Asake may share a label with fellow genre superstar Burna Boy, but 2023 seems the year he's destined to take on the world.

This past year saw Asake drop his debut album, Mr Money With the Vibe, and he's been a near-constant presence on the Official Afrobeats Chart for most of the year too. As Afrobeats continues to deepen and grow its mainstream roots with the success of stars such as Tems, Ayra Starr and Fireboy DML, Asake could well be the next artist to clutch his mainstream moment. 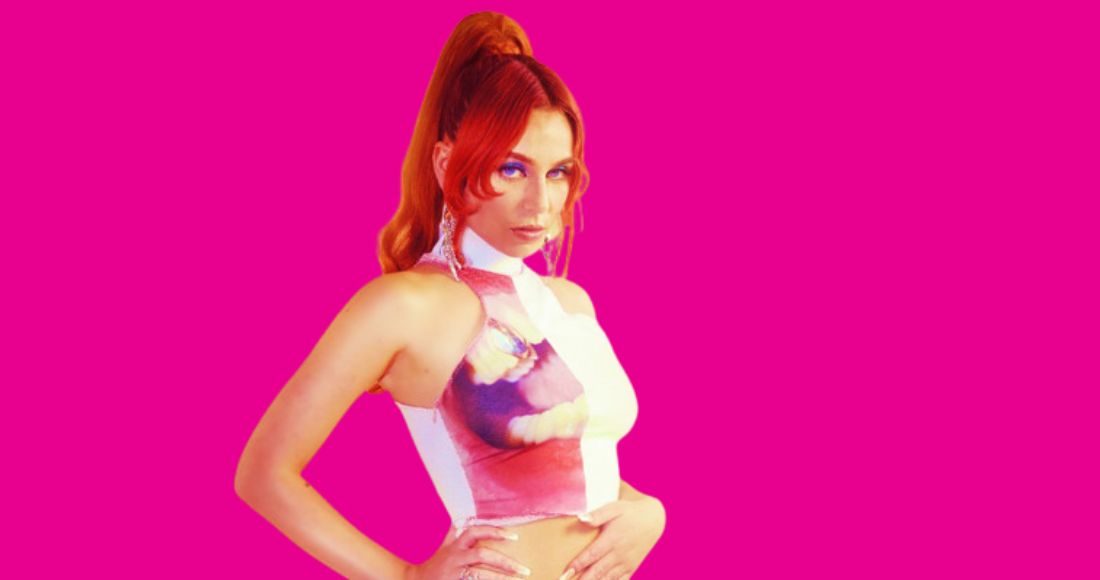 Rose Gray may have all the signs of the next great alt-pop girl, but there's something more lurking beneath the surface. While her recent EP Synchronicity (which reminds us, in the best way possible, or Visions-era Grimes) carries a distinctly lo-fi sound, elements electronica, ambient house and just flat out rave sets her apart from her contemporaries.

Clarity of vision in pop music is key, and Rose's recent stand-alone singles Prettier Than You (which carries a distinct touch of the Girls Aloud synth-funk) and Promise Me (a modern-day KLF single, if you please) hint at a genre-conquering ambition that lies far beyond the confines of alternative music. 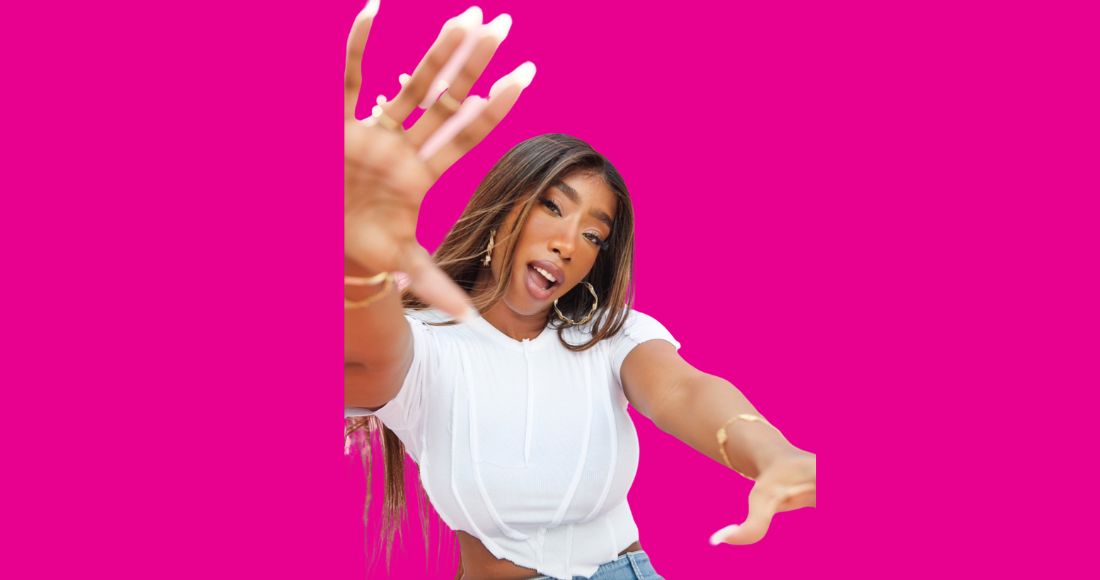 You may not know Kamille, but you definitely know the songs she's written for the likes of Little Mix (Black Magic, Shoutout To My Ex), Mabel (Don't Call Me Up) and Dua Lipa (the should-have-been-single Cool).

Now, Kamille is trying her hand at pop stardom proper and she may have already impressed us with 2022 single Weight Loss, but with a star-making cameo on producer of the moment Fred again..'s latest album, 2023 promises to be the year more eyes (and ears) come to love Kamille for the songs she's written for herself.

Essential track: Kammy (like i do), a star-making guest appearance on the best cut from Fred again..'s Real Life project 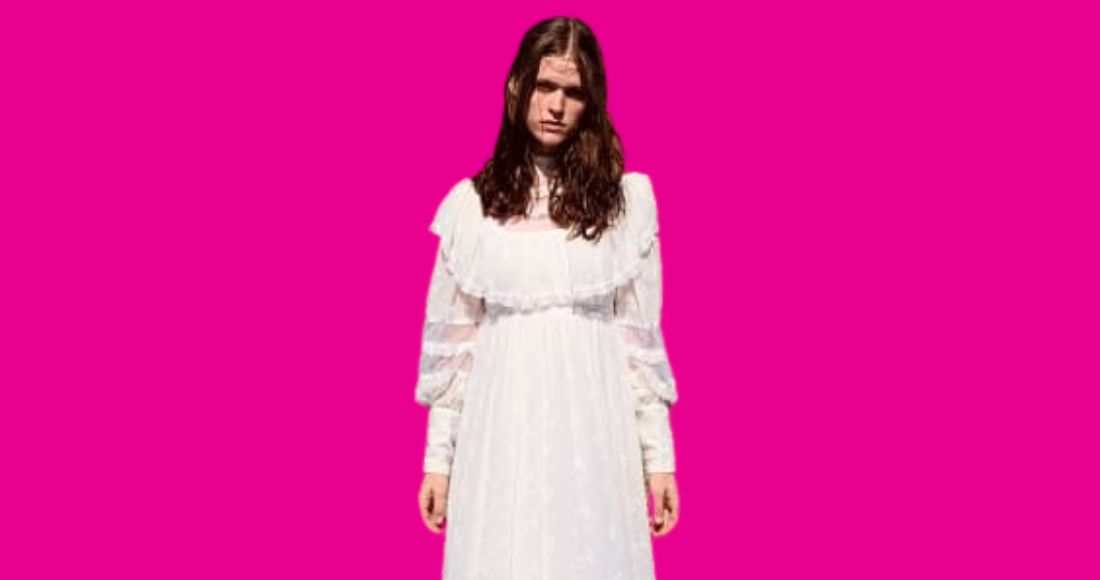 Hayden Silas Anhedönia's alter-ego Ethel Cain is the hero of an American Gothic drama brought to life. Her accomplished and perceptive debut album, Preacher's Daughter, deftly handles themes such as death, violence and transgenerational trauma, all packed within the narrative of Ethel running away from home and finding herself in several nightmarish scenarios.

Much like Lana Del Rey before her, Ethel has become almost an instant touch-stone for a generation of terminally online queer pop fans, and while there may be some debate over where the art and artist overlaps in Ethel's material, it's clear that we're witnessing a bold new star on the rise, making some of the best pop music we've heard from a relative newcomer. Stardom awaits...if she wants it, of course. 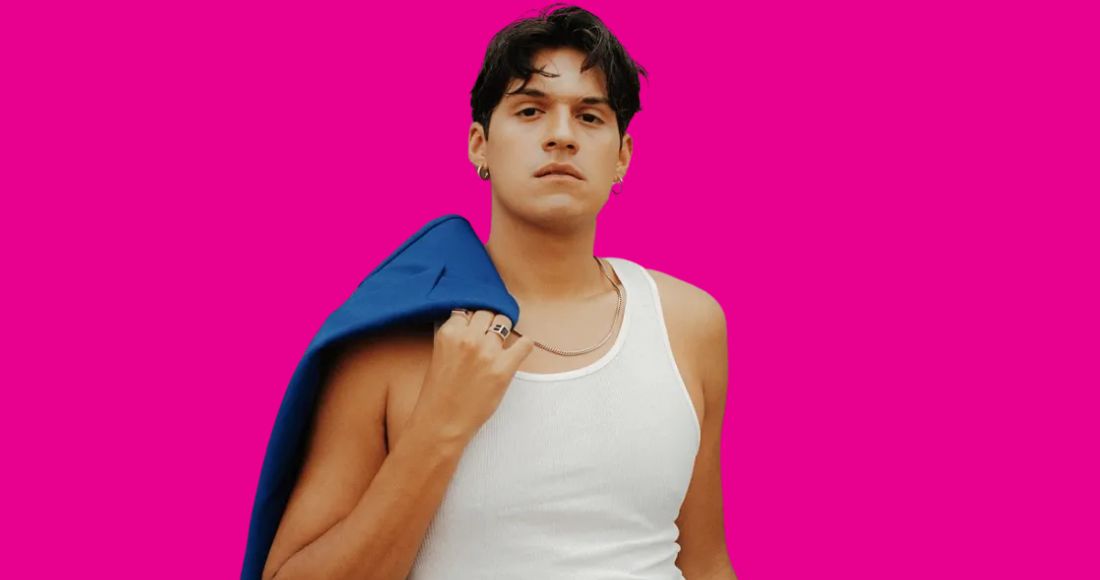 Omar Apollo waited a long time for his breakout moment. After signing with Warner, a debut LP from the Indiana-born alt-R&B singer was pretty much ready to go, until he scrapped the entire thing and started again, sure that he was making a mistake.

The album that emerged from those re-writing sessions - Ivory - carries all the touches of a classic, which sweeping orchestral scores, heady pop lyrics and a succint blend of Omar's Latinx roots. Ivory also contained Omar's big breakout TikTok anthem, Evergreen (You Didn't Deserve Me At All), setting the stage for an even bigger 2023.

Essential track: Evergreen (You Didn’t Deserve Me At All), a devastating break-up anthem that rings with heart-shattering authenticity. 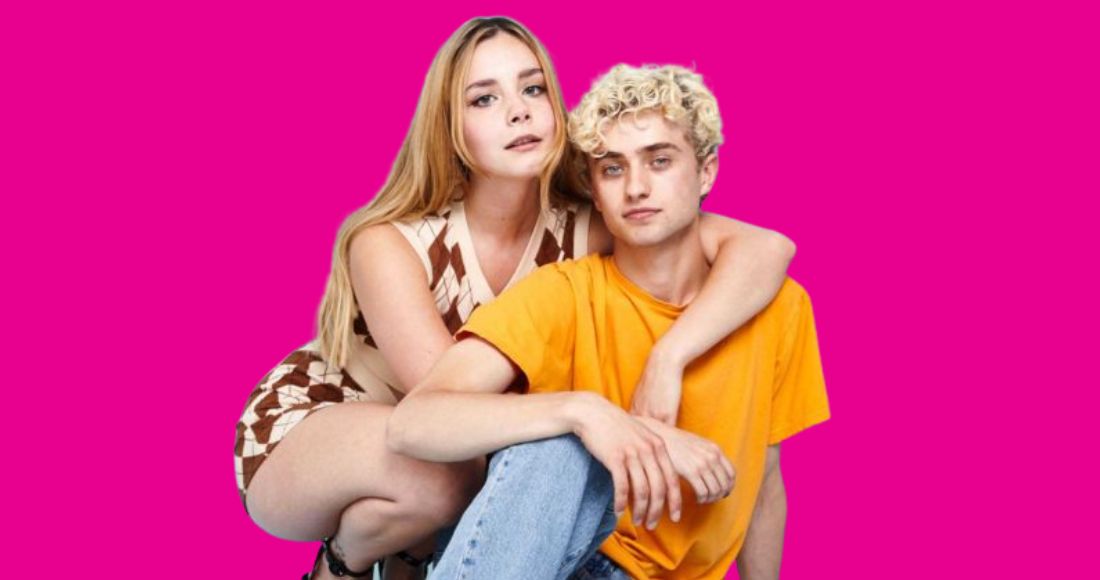 Piri & Tommy met last year over Instagram. Not only did they soon start dating, but they started making irresistibly catchy drum'n'bass tunes that carry the heady influences of Disclosure and Kaytranada.

The duo's biggest hit so far, on&on, became their first single to land in the Official Singles Chart and they've gotten support from genre innovator Charli XCX and BBC Radio 1, where they were shortlist for the Sound of 2023 alongside the likes of Dylan and FLO.

Essential track: on&on, taking the touch of Pop2 and PinkPantheress to new heights 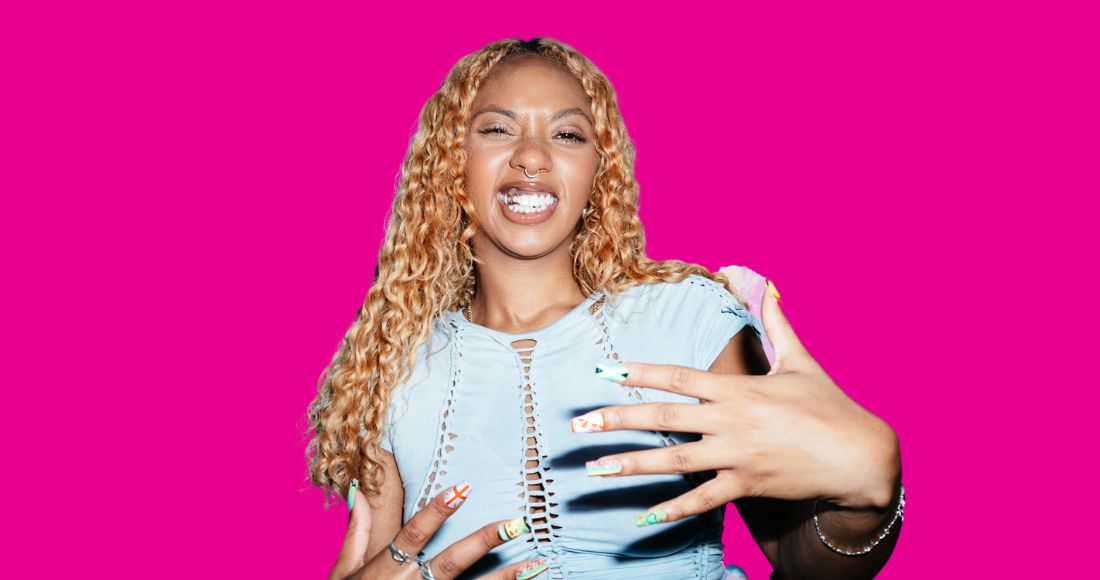 Born in Leeds but soon finding a home in London immersed in the world of Jungle, Nia Archives is a DJ, producer and singer who seems set for big things in the years to come.

Taking full control of her art, Nia may only be in her early 20s, but her work carries the distinct touch of an auteur who knows exactly where she wants to go. People are taking notice too, with nods from both the BRITs Rising Star and Sound of...2023 making more people take notice than ever.

Essential track: So Tell Me..., a breathtaking drum'n'bass ballad 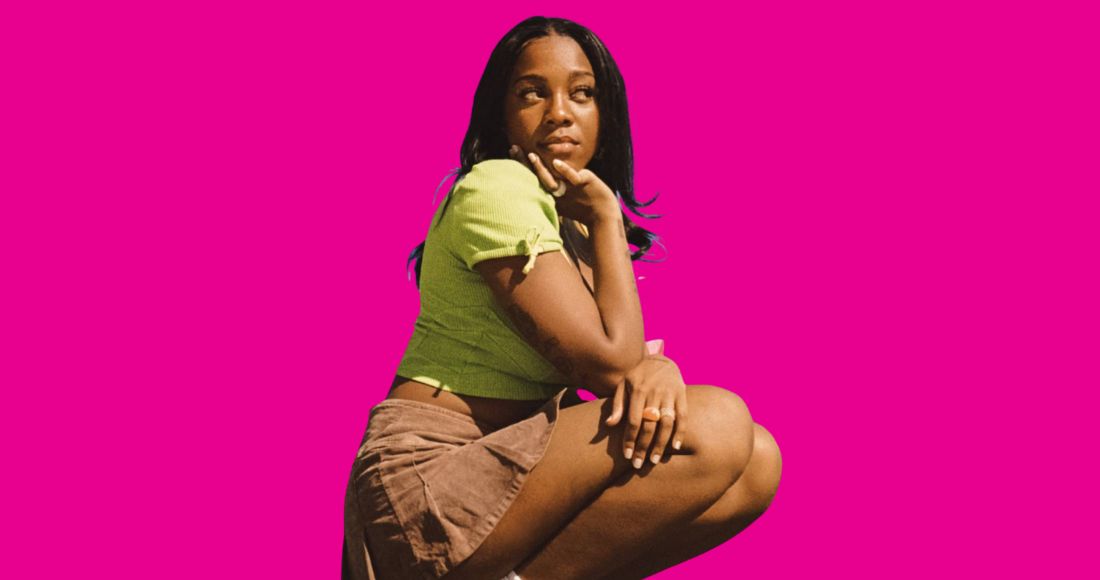 Emerging first through SoundCloud, Rachel Chinouriri's music seems to be getting bolder, brighter and bigger with each subsequent release.

Marking Lily Allen as one of the biggest influences on her work, All I Ever Asked is a quirky pop song that wouldn't feel out of place on a modern-day remake of Lily's Smile album, but new single I'm Not Perfect (But I'm Trying) is the biggest song she's ever put her name to, which almost shakes with the joy of fully leaning into mainstream pop music for the first time.