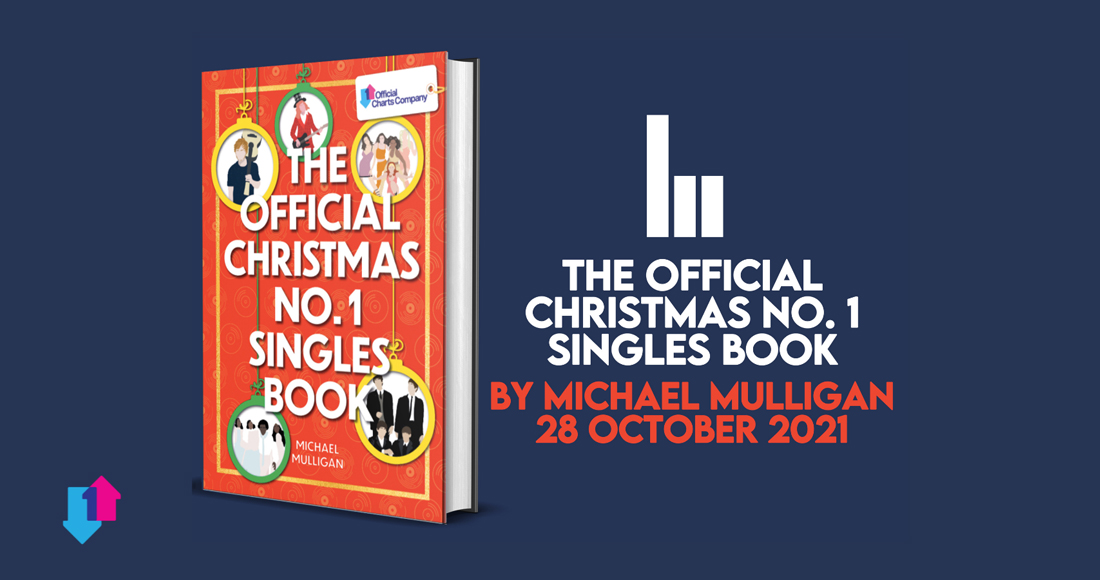 With the 70th Christmas Number 1 about to be unveiled this year, Official Charts join forces with Nine Eight Books to bring you the first-ever official guide to every Christmas Number 1 single in history - and an affectionate look at a national obsession.

Bagging the Christmas Number 1 is still regarded as one of the most prestigious achievements in pop music. Each year, as the calendar flips into December, the national conversation begins about this year’s runners and riders - pundits make predictions, arguments break out between family and friends, fan campaigns are organised on social media and betting shops open their books.

Since Official Chart records began in 1952, our preoccupation with the Christmas Number 1 has snowballed into a full-blown national obsession.

During that time a dizzying parade of established superstars, boy bands, girl bands, comedians, choirs, talent show winners and just about everyone in between have taken all-time classics, seasonal smashes, novelty pop tunes, cover versions, comedy records and blockbuster film themes to the pinnacle of the Christmas Singles Chart... And yet until now there’s been no definitive guide to this peculiarly British phenomenon.

Self-confessed chart obsessive Michael Mulligan’s eye-opening and endlessly informative The Official Christmas No. 1 Singles Book draws on Official Charts Company data to dig into the stats and tell the story behind every single Christmas chart topper from 1952’s Here In My Heart by Al Martino, to 2020’s Don’t Stop Me Eatin’ by LadBaby.

Each Number 1 comes fully annotated with mind-boggling facts and stats about the songs and the artists behind them. Along the way these chart-toppers are placed firmly in context with every decade given a dedicated summary outlining the prevailing cultural, musical and technological developments of the era. There’s even information about every year’s official runner-up, the Christmas Number 2, and its Christmas Top Ten.

The Official Christmas No. 1 Singles Book features charts of the biggest-selling and highest-streaming Christmas Number 1s of all time as well as informative diversions into those Christmas classics you’ll be surprised never quite made it to the top spot and the weird and wonderful Christmas songs you’ve probably never heard of (and might be grateful you haven’t).

There’s also a Christmas Number 1s quiz to test the folks after Christmas dinner, and outstanding written contributions from Pete ‘Mr Hit Factory’ Waterman, and Radio 1’s Scott ‘Christmas Number 1’ Mills. Light-hearted in tone and devilishly addictive, The Official Christmas No. 1 Singles Book deserves to stand as the definitive guide to one of pop’s most joyous and enduring traditions.

Now only one question remains…who will take home the coveted Official Christmas Number 1 2021? You’ll have to wait and see on that one.

This year’s race kicks off Friday 17 December with the 70th annual Christmas Number 1 winner unveiled from 4pm on Christmas Eve on BBC Radio 1 and OfficialCharts.com.

Then join Official Charts all throughout 2022 to celebrate 70 Years of the Official Singles Chart.

The Official Christmas No. 1 Singles Book will be released on 28 October 2021, and is available to pre-order now at Waterstones, Amazon, WHSmith (affiliate links*).

Get 20% off at Waterstones!

Official Chart followers who pre-order the book through Waterstones by 27th October can claim 20% off using the code: XmasNo1