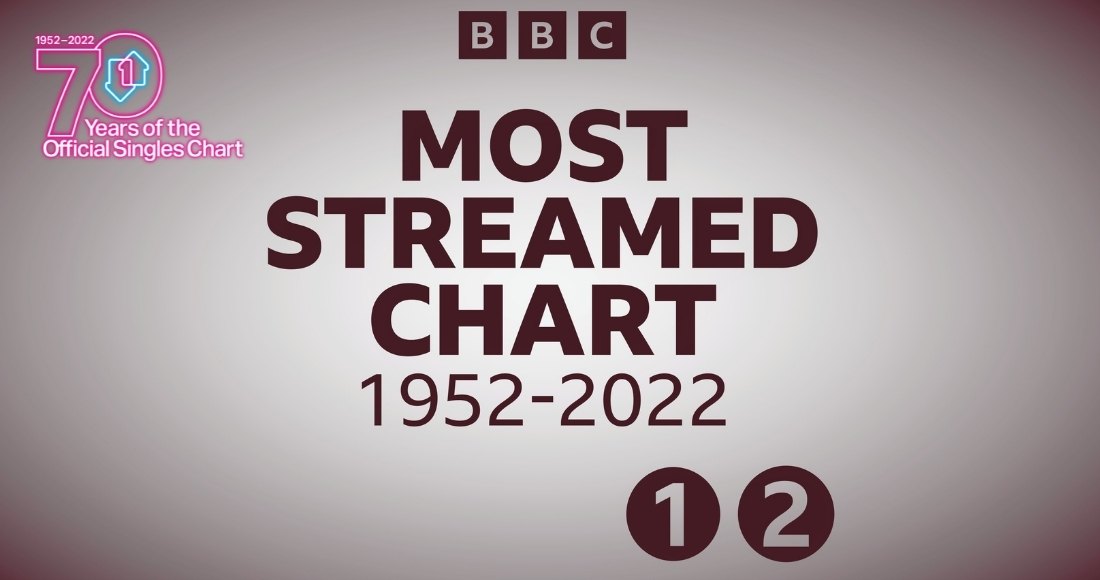 To celebrate 70 years of the UK's Official Singles Chart, the Official Charts Company has teamed up with BBC Radio 1, BBC Radio 2 and BBC Sounds to reveal the most-streamed songs of each year from 1952 - 2022.

Radio 2 will mark the anniversary by broadcasting each of the most-streamed songs from 1960-1999 during their Sounds Of The 60s, 70s, 80s and 90s shows on Saturday 12th and Sunday 13th November. A one-off programme on BBC Sounds, Most Streamed Songs of the 50s, presented by Ricky Wilson, will showcase the songs from 1952-1959.

The full chart lands on BBC Sounds today as a collection called The UK’s Official Most Streamed Chart.

Discover the most-streamed song from each year 1952-2022 below in full.

Please note, this chart does not include the hit Christmas singles from each of the decades, but the most streamed Christmas songs will feature in a show to be broadcast on Radio 2 over the festive season.