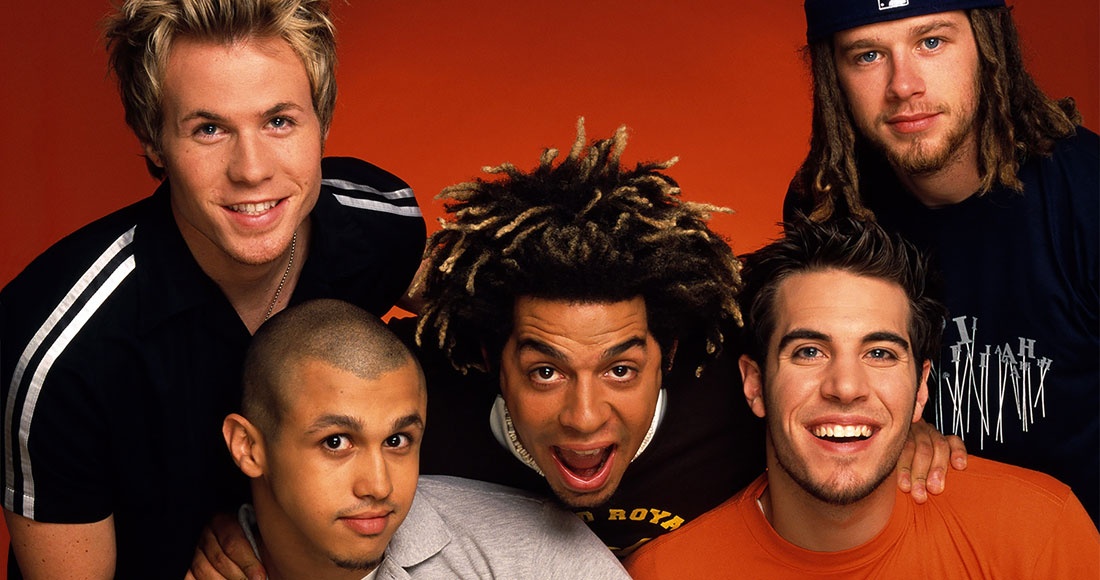 The almost-forgotten US reality TV stars from Making The Band get a second chance in the spotlight.

You know the drill by now. Every week we ask you for your Official Chart Pop Gems – those once-popular songs that used to hog the radio when they were in the charts but have somehow gone out of ‘vogue’. This week we asked you for your ultimate boyband Pop Gem, and in among all the sure-fire classics, we spied a little nugget of pop beauty that is definitely due one more turn around the dancefloor.

Formed as part of the MTV reality show Making The Band, O-Town were five all-American lads with big dreams. Originally managed by the mastermind behind Backstreet Boys and *N Sync, they did three seasons of Making The Band before, er, disbanding in 2003.

Their first and biggest hit, Liquid Dreams, is the heart-warming tale of five lads staring at the posters on their bedroom walls and dreaming of the kind of girl they could date if they mixed all these ladies together (method of mixing is not described, but we hope it’s humane). If you were wondering what the formula for a perfect girlfriend is, it seems to be a multi-headed beast consisting of Destiny’s Child (final line-up, we assume), Madonna, Janet Jackson and an unspecified Jennifer. Garner? Connolly? Lopez? Saunders? That Jennifer we went to school with? No idea. (It’s Lopez, you idiot! – Lyrics Ed.)

Liquid Dreams sold over 150,000 copies and got to Number 3 on the Official Singles Chart back in 2001. It was the first of five Top 40 hits for the boys before they called it a day.

Let’s relive a true Pop Gem and try not to think too much about what a ‘Liquid Dream’ actually is.

What is a Pop Gem?

We know a good song when we hear one, and, boy, do we love to hear one. But, have you ever wondered what happens to some songs when they disappear out of the charts, off radio playlists, pulled from music TV channels, never to be seen again?

They could be absolute corkers, seemingly everywhere for a whole summer, yet they vanish. Or perhaps they were an 'unsung hero' – the overlooked single that didn’t even make it into the Top 10 but made you tingle with love for pop music all the same.

And now they’re gone, into a puff of smoke they went – last year, five years ago, 12 years ago, 20 years ago, whatever year they were from… they were fantastic, then disappeared into obscurity, destined to be forgotten. Until NOW. We’re bringing some of these long-lost lovelies back into the spotlight, and crowning them as an Official Chart Pop Gem.

We’ve picked some beauties, but we’re turning it over to you, too. If you’ve got a forgotten classic, a lesser-loved anthem, hit us up on popgem@officialcharts.com. If we pick yours, you get a prize! Ooooh!