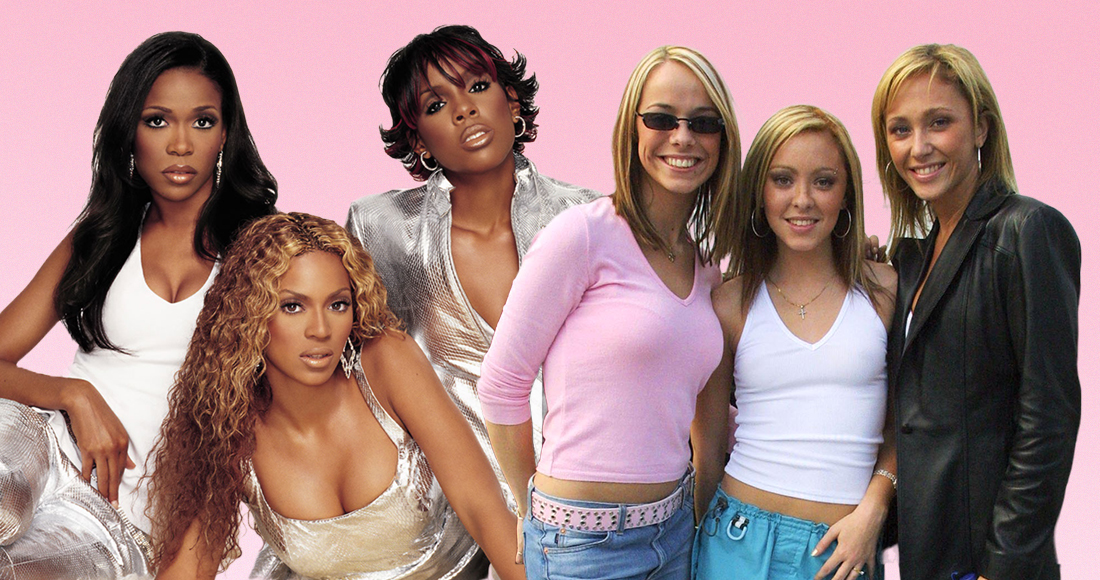 You may think times are strange now, but is anything happening today stranger than the time in 2001 when Atomic Kitten were embroiled in a heared chart battle with Destiny's Child (as in, it was Liz McClarnon vs. Beyoncé, the actual Beyoncé)?

If you can believe it, 21 years ago this week - Atomic Kitten's Eternal Flame and Destiny's Child's Bootylicious were both duking it out for the spot at Number 1 on the Official Singles Chart. One was a tender cover of the Bangles' pop classic, another was a frantic re-invigoration of Stevie Nick's Edge of Seventeen...but which came out on top?

Interestingly enough, though, both bands had something to prove, each coming out swinging with a new line-up. Eternal Flame was their first single as the trio comprising of Liz McClarnon, Natasha Hamilton and new member Jenny Frost (Jenny had contributed vocals post-release to Number 1 single Whole Again, which was originally released with founding member Kerry Katona), while Bootylicious was the third single from the Survivor album, which saw Destiny's Child solidify its final, and greatest, combination of members; Beyoncé Knowles, Kelly Rowland and Michelle Williams.

It turned out that Atomic Kitten had a flame that just couldn't be quenched (sorry). Eternal Flame debuted at Number 1 on the Official Singles Chart, with first week sales of 150,000. Bootylicious, meanwhile, came in second place with 56,000 chart sales during the same week.

But the modern-day endurance of both Eternal Flame and Bootylicious tells a different story. Atomic Kitten's second UK Number 1 single stands today with 458,000 chart units to its name, including over 6.5 million streams.

The true success story, however, goes to one-time chart loser Bootylicious, which zooms ahead with 646,000 units and a mammoth 42 million streams, proving once and for all that where the charts are concerned, it's all about the long game.

Elsewhere on the Official Singles Chart 21 years ago this week, US group O-Town scored their second (and final) UK Top 10 entry with All Or Nothing (4), and German DJ duo Cosmic Gate were another new entry with Fire Wire (9).

Check out the full Official Singles Chart from this week in 2001 here.

Listen to the UK Top 40 from this week in 2001 on Spotify below. Also available on Apple Music | Deezer