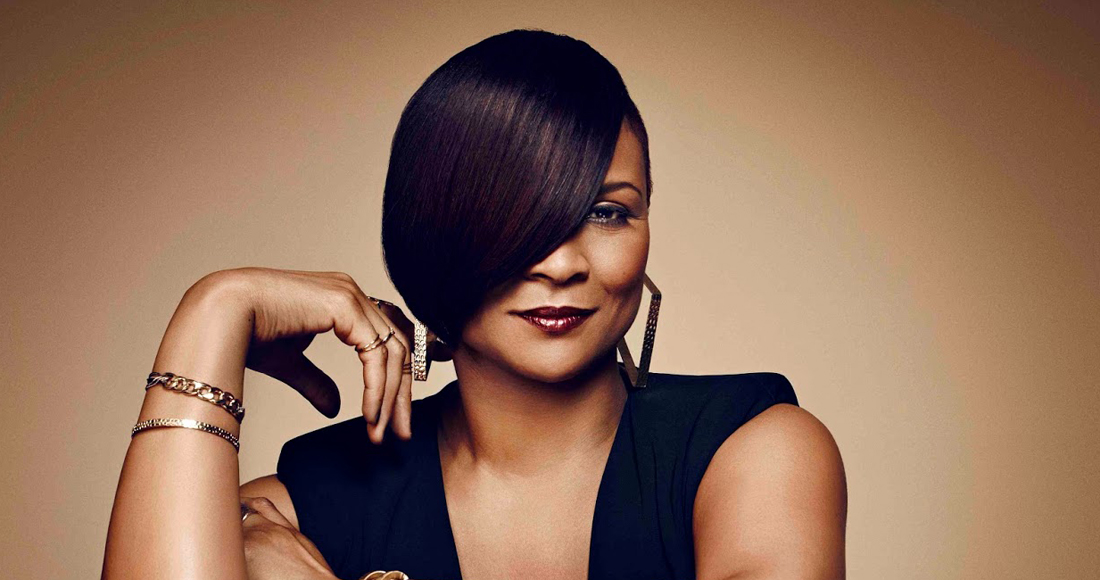 Ever had a dream come true? 20 years ago this week, Hackney-born singer Gabrielle was realising the first of many dreams when she hit the Official Singles Chart Number 1 with the classic anthem of hope that is – yes, you’ve guessed it – Dreams.

It was the debut release for Gabrielle – real name Louisa Gabrielle Bobb, fact fans – and entered the chart at Number 2 behind UB40’s (I Can’t Help) Falling In Love With You, a cover of the Elvis Presley track enjoying a renaissance thanks to featuring in saucy Sharon Stone movie Sliver. Support for Gabrielle’s track was too strong to let the dream end there, of course, and the song knocked the Birmingham reggae stars off the top just a week later, remaining at the summit for three weeks.

The original version of Dreams featured the distinctive acoustic guitar riff from Tracy Chapman’s 1988 hit Fast Car, but the sample couldn’t be cleared for release, so it was removed from the single version, which would go on to sell just over 590,000 copies.

It was the start of a pretty impressive career for Gabrielle, who went on to have 16 Official Singles Chart Top 40 hits, including another Number 1 with Rise in 2000, which sampled Bob Dylan’s Knockin’ on Heaven’s Door and sold over 470,000 copies.

Elsewhere in our retro Top 5 this week in 1993, we see UB40 slip to Number 2 after two weeks at the top. It would be their last Number 1 on the Official Singles Chart, and after this single they would only grace the Top 10 twice more.

At Number 3 was the singalong summer hit What Is Love? by Haddaway, which spent nine weeks in the Top 10, two of those at Number 2 behind Gabrielle. Haddaway hadn’t yet had his fill of chart success – he returned to the Top 40 another five times.

At Number 4 was another former Number 1: Ace of Base’s breakthrough track All That She Wants. The song had been a massive hit on mainland Europe before the power of MTV helped make it a smash in the UK too. Ace of Base ended up with 12 Top 40 hits under their belt and are still recording. Are they set for a return any time soon? You’ll hear it here first…

And propping up the Top 5 big ones is Two Princes by US rockers Spin Doctors. The track, the group’s biggest hit and sole Top 10, spent six weeks in the Official Singles Chart Top 10, but never made it higher than Number 3.

New entries elsewhere in the Top 30 that week were Rod Stewart’s cover of Have I Told You Lately at Number 7, a dance remix of Gloria Gaynor’s 1979 hit I Will Survive at Number 11 and What’cha Gonna Do, a collaboration between Shabba Ranks and future Oscar-nominee Queen Latifah at Number 21.

See Artist Archives for all our Top 5 acts:

Catch up on last week’s Official Chart Flashback: 2003’s Bring Me To Life by Evanescence.

Turn back time with our retro Top 5 on our Spotify and Deezer playlists: