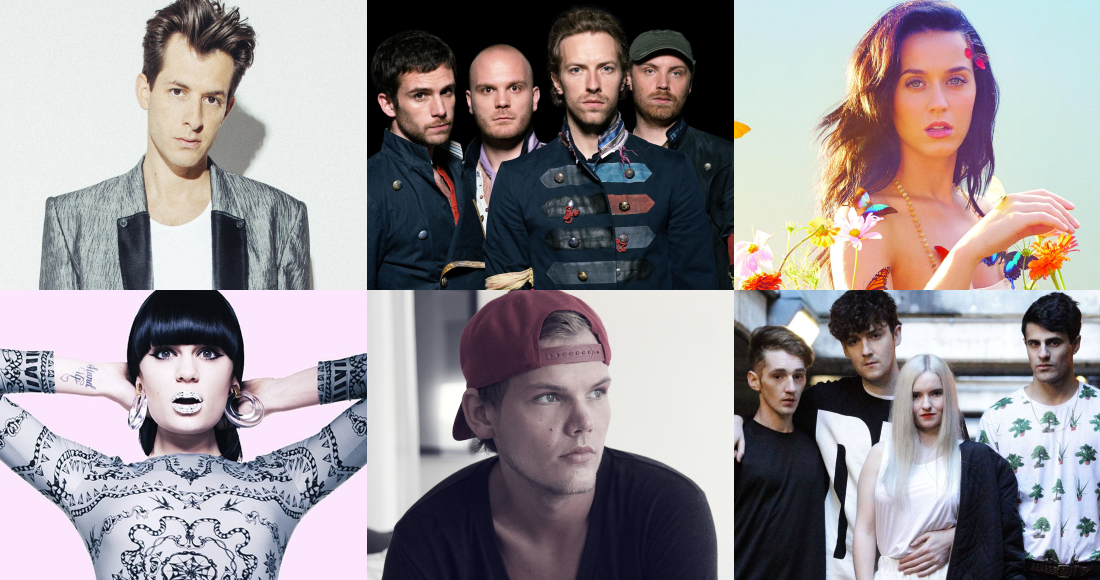 Pharrell Williams’ Happy is the biggest selling single of the decade to date, the Official Charts Company can confirm. The record-breaking track – which spent four weeks at Number 1 and a whopping 50 in the Top 40 - has now sold over 1,813,000 copies in the UK.

Williams scores three entries in the Top 40 Biggest Selling Singles of the decade so far list, featuring on controversial 2013 Robin Thicke and T.I. collaboration Blurred Lines - which takes second place with 1,630,000 sales - and on Daft Punk’s Get Lucky, which comes in sixth with 1,436,000 sales.

The first of two entries for Adele - Someone Like You - earns the Number 3 spot in the countdown. The single, which features on 21 (the Official Biggest Selling Album of the decade so far) has shifted nearly 1,567,000 copies in the UK since its 2011 release.

The fourth best-selling single of the 2010s is the only of the Top 5 not to top the Official Singles Chart, Maroon 5’s Moves Like Jagger. The Christina Aguilera-assisted track has sold 1,503,000 copies since its release four years ago.

Rounding out the Top 5 Official Biggest Selling Singles of the decade so far is five time chart-topper, Gotye’s Somebody That I Used To Know FT Kimbra – with 1,484,000 sales.

Other notable acts further down the Top 40 include Bruno Mars, Ed Sheeran, Katy Perry, LMFAO and Rihanna - who equal Adele with two entries each.

The Official Biggest Selling Singles of the decade so far are: