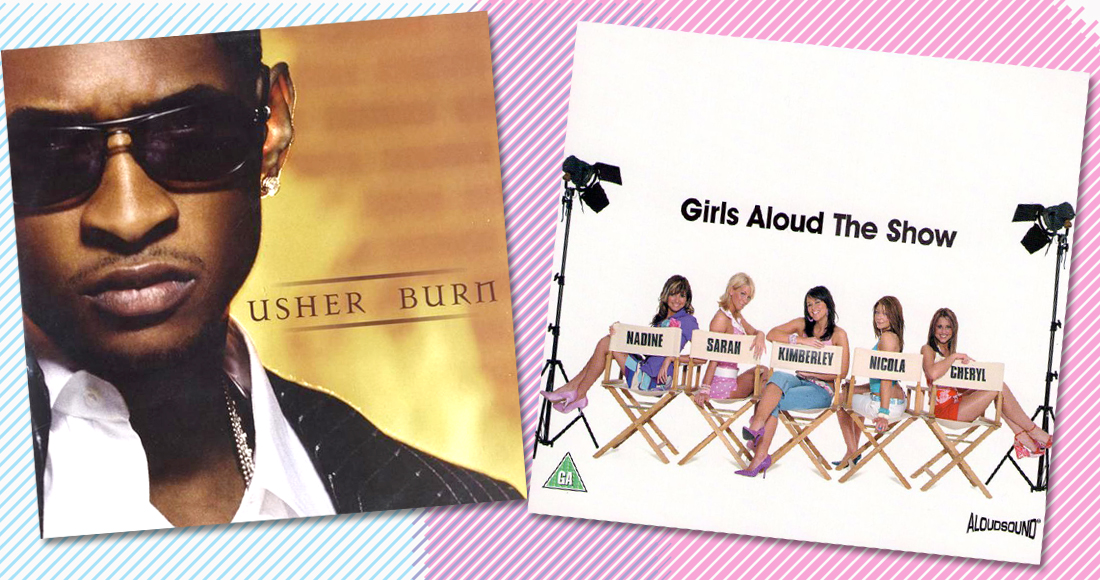 Everybody loves a chart battle, right? Especially when it's between two artists who may have a past rivalry or similar fanbases.

Sometimes, though races to Number 1 are even more interesting when the competitors couldn't be more different. And this week in 2004, the prince of slick US R&B took on the princesses of cheeky British pop – and, as with most contests, there could be only one winner.

Usher was no new kid on the block when it came to chart success. He scored his first Number 1 back in 1998 with U Make Me Wanna and six years later landed his second with Yeah feat. Lil' Jon and Ludacris. Could he make it two in a row with this emotional slow jam?

Girls Aloud, however, only had about 18 months of chart experience under their belt but they had certainly made it count. All four of their first singles has gone Top 3 and the fivesome, who'd triumphed in TV talent show Popstars: The Rivals in late 2002, were poised to release their second album What Will The Neighbours Say.

Singing contest alumni don't necessarily have the best track record for longevity, but Girls Aloud – Nadine, Cheryl, Kimberly, Sarah and Nicola to you and me – were determined to prove all the doubters wrong.

Their weapon? The Xenomania-produced banger The Show, which introduced the signature quirky sound that would stay with Girls Aloud throughout their career.

Both big acts, with huge fanbases, and no doubt each thirsty for the Number 1 spot. In the end, however, Usher's silky tones on his breakup song proved too much for the sass of Girls Aloud's "thanks but no thanks" anthem, and he took the top spot, finishing over 20,000 copies ahead of the ladies.

Usher managed to hang on to the top spot for two weeks until he was deposed by dance outfit Shapeshifters with Lola's Theme.

Girls Aloud wouldn't have to wait too long for a second chart-topper – I'll Stand By You would go all the way later in the year.

Usher and Girls Aloud do have something in common: they both have four Number 1s, although Usher is outpaced the girls when it comes to Top 10s. He's got 18, while Girls Aloud scored 21. Usher is still releasing, of course, so he has time to catch up!

We all know what happened next for Girls Aloud. After celebrating their 10th anniversary with a reunion tour, they went their separate ways. Cheryl's had the most solo success, with five Number 1 singles – a record for a UK female solo artist – including a million-seller with Fight For This Love.

So the Top 2 was and Usher and Girls Aloud-only zone, what about the rest of the Top 10? Click an artist's name to go to a song's full Official Chart run.

ChartFact: A 27th Top 10 hit for Kylie, this was her third single to peak at Number 6. The other two? Classics What Do I Have To Do and Shocked, both from 1991.

ChartFact: This was Outkast's fourth Top 10 hit and their most recent Top 40 entry.

ChartFact: This is George Michael's 23rd solo hit, and his most recent Top 10. It was based on the 2001 hit Flawless by The Ones, which itself peaked one place higher at Number 7.

There was only one more Top 10 hit to come from Blue before they called it a day – although they did return to the Top 40 in 2011 with their Eurovision entry I Can.

This week in 2014, streaming was counted toward the Official Singles Chart for the first time, with Ariana Grande taking the Number 1 spot with problem feat. Iggy Azalea.