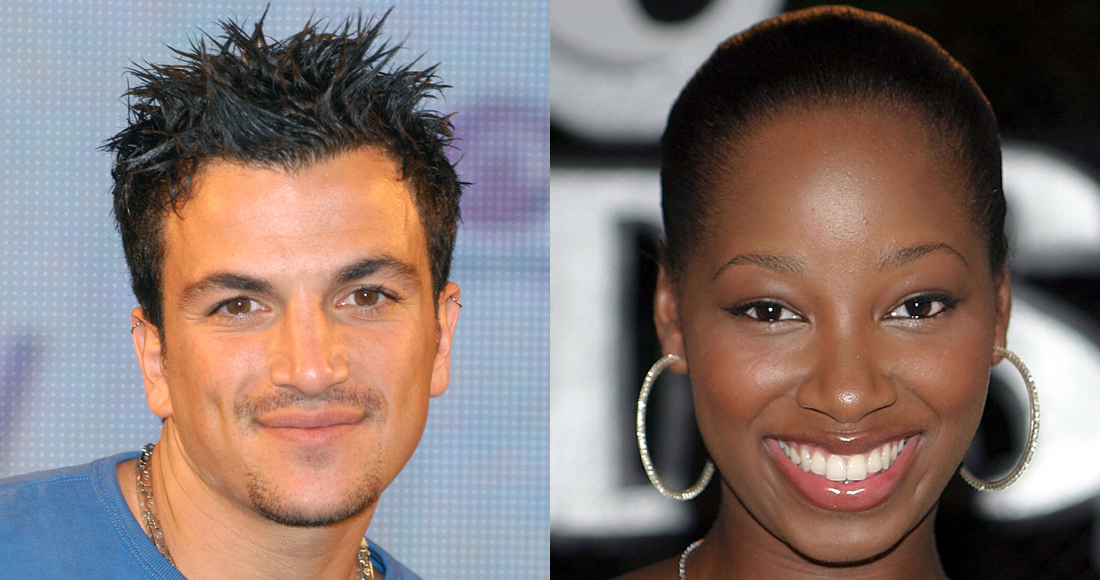 Back in the day, once the hits stopped happening, most popstars faded away and out of public consciousness.

Thanks to reality TV and the thirst for celebrities, however, many have found a new lease of life, all for the price of spending a couple of weeks eating witchety grubs.

One such comeback kid was Peter Andre, who had scored a couple of Number 1s in the ‘90s, thanks to not just his dulcet tones but also his impressive abs.

After a couple of years, Peter’s chart story seemed to have come to an end, until he appeared on I’m A Celebrity…Get Me Out Of Here! met model Katie Price, and the rest is history. Mysterious Girl, arguably Peter’s signature hit, along with Flava, had peaked at Number 2 on original release in 1996.

Thanks to Peter’s elevated public profile from appearing on I’m A Celeb, plus a passionate campaign by BBC Radio 1’s then-host of the breakfast show, Chris Moyles, the public once again fell in love with the song, sending it zooming straight back up the charts. Mysterious Girl finally landed at Number 1, eight years after initial release, which was bad news for Jamelia.

Jamelia was also enjoying something of a career renaissance. After three Top 40 hits at the turn of the century, Jamelia had taken three years out to have her first child.

Returning with minor hit Bout, Jamelia’s comeback had really blown up with follow-up Superstar toward the end of 2003, which hit Number 3.

> See all Jamelia's hits and how they fared week-by-week

Autobiographical Thank You looked like it could become Jamelia’s first chart-topper, but Peter, and featured rapper Bubbler Ranx, of course, had other ideas, and demand for the track meant that Pete outsold Jamelia by 2 to 1.

Mysterious Girl has sold over a million copies in the UK thanks to its two spells in the chart. Peter’s last Top 40 hit was back in 2010, when Defender reached Number 14.

He enjoyed one hit with his former wife Katie Price, when their cover of A Whole New World reached Number 12 in 2006.

> Take a look at more couples who have had hits together

As for Jamelia, she’s still yet to crack Number 1. Thank You was her third Top 10, and there would be four more to come. She has ten Top 40 hits to her name – her most recent was 2006’s Depeche Mode-sampling Beware Of The Dog, which reached Number 10.

So Peter blocked Jamelia from Number 1, but what was happening in the rest of the Top 10? Our archive is, as ever, at your disposal…

The Irish quintet’s 17th Top 5 hit in a row, and the very last song to feature Brian McFadden as a member, Obvious followed the band’s huge Number 1, a cover of Barry Manilow's hit Mandy. Still, a Top 3’s not bad, eh? And when you’ve got 14 Number 1s like Westlife have, you can afford the odd spare.

The trampolining trio’s third chart-topper took a tumble this week in 2004, thanks to Peter. We were only a few months away from Charlie announcing it was time to move on, spelling the end of Busted.

There was just time for one more Number 1, of course – Thunderbirds/3AM – and the band would be back, minus Charlie but plus all of McFly for new venture McBusted.

> See all Busted’s big ones in our new chart archive

Another former Number 1, this track borrowed bits and bobs two massive acts to make something totally fresh and new. With the riff from U2’s With Or Without You and a couple of lines from Whitney Houston’s How Will I Know, a dance classic was born.

There was one more hit for LMC and singer Rachel McFarlane – You Get What You Give hit Number 30 in 2006.

Thanks to a huge performance at the BRIT Awards, it was an incredible THIRD stint at Number 1 for Pharrell Williams’ Happy.

It was also the week the unstoppable feel-good song passed a million sales, giving every milliner’s best pal his third million-seller in less than a year.

> See the full Top 100 from today in 2014, including new entries from Tiesto, Foxes and Paloma Faith