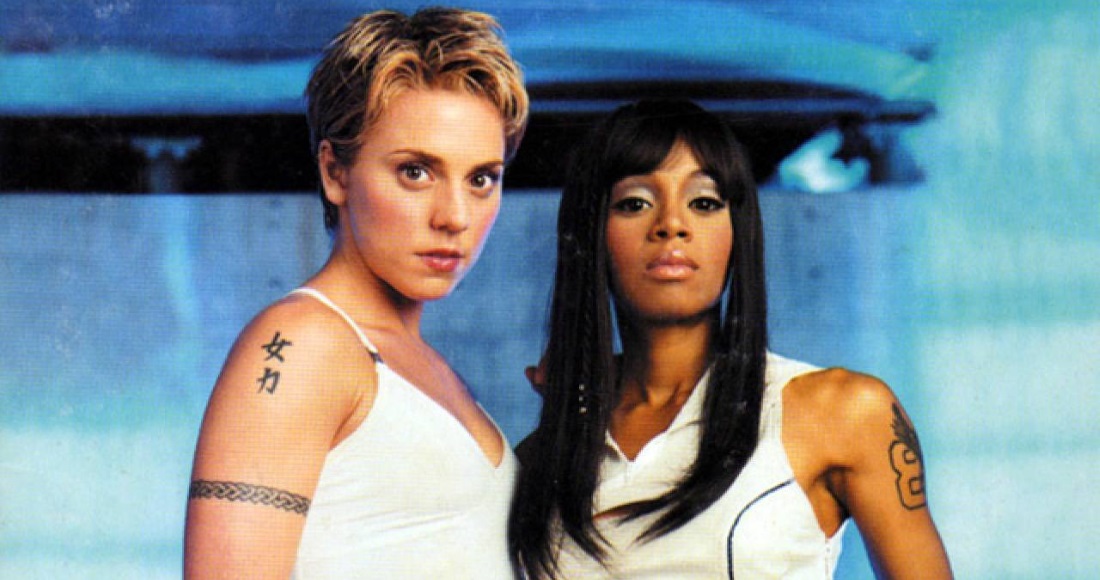 "It's just the beginning it's not the end, things will never be the same again..."

Never a truer word was sung by Melanie C, who 21 years ago this week, scored her first Number 1 single away from the Spice Girls with Never Be The Same Again.

Released in March 2000, it's easy to forget that Mel's solo career kicked off before Spice Girls parted ways - their final album Forever followed in November that year. The song was Melanie's third spin-off from her Northern Star album, of which all four of its singles hit the Top 5.  View Melanie C's Official UK Chart history in full here.

However, the recently-departed Geri was already long out the blocks with her solo material, so who can blame Melanie for getting a tad impatient? In fact, it was Never Be The Same Again that knocked Geri's third solo Number 1 Bag It Up off the top spot - making 2000 another year that the Spice Girls dominated the charts.

The track featured TLC's Lisa Left Eye Lopes; an odd pairing on paper that somehow worked brilliantly in practice and no doubt contributed to its global appeal (it topped the charts in a total of seven countries and reportedly sold over a million copies across Europe). Sadly, Lopes was tragically killed in a car accident in 2002.

In the UK, Never Be The Same Again entered straight in at Number 1 with first-week sales of 144,936, and to date has racked up combined sales of 477,000, inluding 5.5 million streams since 2014. Melanie had to fight her way to the top spot that week, facing competition from Moloko's The Time Is Now, which debuted at Number 2, while Santana's latin-pop smash Smooth was new at Number 3.

Just outside the Top 10, the Official Singles Chart from this week in 2000 featured new entries from Precious with Rewind, the girl group's first release after their Eurovision entry Say It Again, as well as Savage Garden's Crash & Burn, Jennifer Lopez's Feelin' So Good, and M2M's Don't Say You Love Me - the theme song for the first Pokemon movie.

Fortunately for Mel, she had the goods to back up Never Be The Same Again, following it up four months later with her second Number 1, I Turn To You...