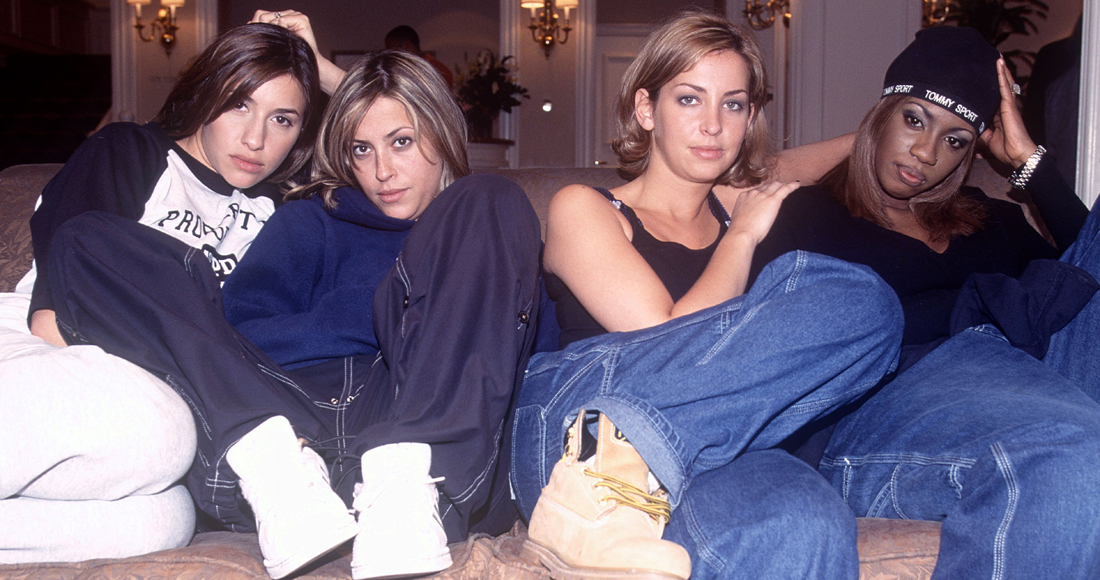 They were tabloid darlings and the girlband that even ‘cool’ pop refuseniks would happily bop to, and it when it came to brilliant Number 1 singles, All Saints had it covered.

Following in the footsteps of Never Ever, Under The Bridge and Bootie Call, All Saints took residence at the top of the Official Singles Chart for a fourth time this week in 2000 with Pure Shores.

Leonardo DiCaprio was still the man of the moment even back then, starring in huge movie The Beach, based on a bestselling book about a group of backpackers who live on an idyllic, hidden beach, and have plenty of secrets waiting to be uncovered. Pure Shores was selected to appear on the soundtrack, and its place in pop history was assured.

It also didn’t hurt that another man of the moment was on production duties. William Orbit, who enjoyed huge success when he worked with Madonna on her Ray Of Light comeback album, added his magic touches to Shaznay’s haunting lyrics and the band’s perfect melodies.

But never mind the men of the moment, All Saints’ success was all down to them. The lead single from the group’s second album Saints And Sinners, Pure Shores spent two weeks at Number 1 before it was deposed by another William Orbit production. Also taken from a movie soundtrack, Madonna’s American Pie was the only one powerful to shift All Saints off the top. There is an old rumour that Madge was pretty peeved she hadn’t got to record Pure Shores herself – rightly so, as it is fantastic – so perhaps this was her way of exacting revenge.

There was one more Number 1 to come from All Saints – Orbit-backed fan favourite Black Coffee – but then it all went a bit wrong and the group split up.

They reformed in 2006 to have one more Top 10 with Rock Steady. Altogether they reached the Top 10 nine times, spending a pretty impressive 41 weeks there in total.

So All Saints had Number 1 all sewn up, but what was happening in the rest of the Top 10? Your all-new chart archive awaits…

Gabrielle’s former chart-topper – her second – holds fast in runner-up position while all changes around it. Rise, which sampled Bob Dylan’s Knocking On Heaven’s Door, spent two weeks at Number 1 at the beginning of the month. Gabrielle’s got a whopping ten Top 10s under her belt – she’s spent 37 weeks there in total.

3: Christina Aguilera – What A Girl Wants

The follow-up to Christina’s massive Number 1 Genie In A Bottle, What A Girl Wants would go no further than Number 3. It spent another week in the Top 10 – Christina’s had 17 songs reach it in total.

A fifth Number 1 for the Manc bad lads, Liam found himself knocked off the top spot by the woman who would go on to be his wife – Nicole Appleton of All Saints. Oasis would have three more Number 1s before breaking up. Their last hit was 2009’s Falling Down, which reached Number 10.

Shania’s fifth Top 10 hit peaked right here at Number 5. She’s had nine of them in total, with her highest peak being Number 3. Two songs made the grade: That Don’t Impress Me Much and Man! I Feel Like A Woman.

Sam Smith became the first BRITs Critics’ Choice winner to go in at Number 1 with his solo debut when Money In My Mind took the top spot. Sam ended Clean Bandit’s month-long tenure at the summit. See the full Top 40 from this week in 2014 for new entries from A Great Big World and Christina Aguilera, Tegan & Sara, Bastille with Rudimental and Ella Eyre.