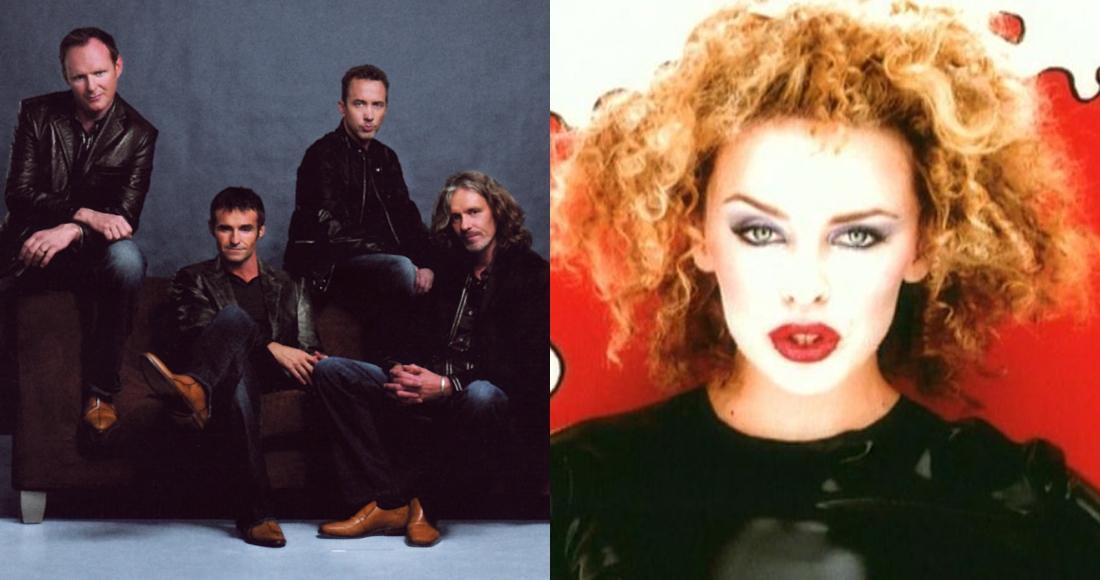 When you’re a youngster, summers can seem like they last forever, stretching way out into the distance until – BAM! – suddenly it’s September and it’s time to be dragged round the shops for your school uniform.

Summer 1994, however, may have seemed longer than most, as it had the same Number 1 single throughout. Yes, in an unprecedented, swift recreation of Bryan Adams’ hold over Summer 1991 with Everything I Do (I Do It For You), the UK hadn’t seen a new Number 1 in over three months.

The song in question was from one of the most successful movies of all time, Four Weddings And A Funeral, and the more people saw it at the cinema, the more likely they were to troop across the road and pick up a copy for themselves. Step forward Wet Wet Wet’s monster hit Love Is All Around.

As each week passed, with Wet Wet Wet unbudged from the top spot, UK pop fans were sure that the next week would be the last. Even the band themselves were a little bemused by it, and would take matters in their own hands this very week in 1994.

At its peak, it was selling over 80,000 copies a week and showing no signs of slowing down, which was bad news for a certain Australian popstrel who was itching to get back into business– and quite fancied a Number 1.

Kylie Minogue had been absent from the Official Singles Chart for over 18 months and expectations for her comeback were high. The TV star turned pop icon had left the songwriters and record label that made her name – Stock Aitken and Waterman at PWL – and had struck out on her own. With a shiny new record deal at super-trendy Deconstruction and collaborators including Saint Etienne, Brothers In Rhythm and M People, cool Kylie was born.

Originally the Saint Etienne-produced Nothing Can Stop Us was in the frame to be the lead single for Kylie’s comeback campaign, but it was Brothers In Rhythm’s trippy, dreamy Confide In Me that won out to promote her upcoming self-titled fifth album. With its memorable video introducing a series of new looks for Kylie, Confide In Me was assured of a high chart placing.

With Wet Wet Wet landing a fourteenth week at Number 1 as Kylie's opus was released, you could forgive most pop fans for thinking that surely a comeback from Kylie was the one to end their lengthy reign at the top of the Official Singles Chart. But never underestimate the resilience of a big hit – nor the purchasing power of the UK’s cinemagoers.

Wet Wet Wet spent an unprecedented fifteenth week at the top this week in 1994, meaning Kylie had to settle for second place. It was a chart position she was well acquainted with, she’d landed there six times before and would go on to have four more. Only Madonna’s scored more Number 2 singles.

To add insult to injury, it was the THIRD time Wet Wet Wet had kept Kylie off Number 1 – With A Little Help From My Friends blocked Got To Be Certain in 1988 and Goodnight Girl put paid to Give Me Just A Little More Time's chart-topping ambitions in 1991.

Despite the fact they’d equal Bryan Adams’ chart record of 16 consecutive weeks if they scored another week at the top, the Wets sensed perhaps it was time to let someone else have a go at being Number 1. The band took the decision to ‘delete’ Love Is All Around, which meant that when copies ran out in the shops, there’d be no new ones to restock the shelves – when it was gone, it was gone. Imagine! This ensured their fifteenth week at Number 1 was to be the last. Sadly, it was too late for Kylie, but it was very good news for another female solo star – but more on that next week.

Love Is All Around sold over 1.3 million copies, making it one of the bestselling songs of all time in the UK. Confide In Me went no further than Number 2, selling over 180,000 copies.

What else made up the rest of the Top 5 in the UK that week? Let’s take a look, shall we?

It was a twelfth week in the Top 40 for Youssou and Neneh, at the very end of a slow burn through the Official Singles Chart to land at its peak this week in 1994. Selling over 360,000 copies, 7 Seconds was a third Top 10 hit for Swedish-born Neneh – she’d go on to have two more, including a Number 1 in 1995 with Cher and Chrissie Hynde on Comic Relief single Love Can Build A Bridge. She was last in the Top 40 in 1999, when Buddy X 99 – a veritable banger – reached Number 15 with a little help from Dreem Teem. So far, it’s Youssou N’Dour’s only UK hit so far.

4: Red Dragon with Brian and Tony Gold – Compliments On Your Kiss

Down two places for this Jamaican dancehall duo’s charming, infectious song that simply oozed chilling out in summer. It was the only hit for the brothers, peaking at Number 2 and selling over 250,000 copies.

A second Top 5 for Motown’s Philadelphia stars Boyz II Men, who’d previously hit Number 1 in 1992 with debut single End Of The Road. The guys would go on to have two more Top 10 hits – both pretty emotional – including the tearjerking One Sweet Day with none other than Mimi herself, Mariah Carey. I’ll Make Love To You went no further than its peak this week in 1994, selling over 300,000 copies.

See the full Top 40 for this week in 1994, including new entries from Corona, Pet Shop Boys, Wonder Stuff and Blondie.

Ellie Goulding was still blazing a trail at the top of the Official Singles Chart with Burn. New entries included Rizzle Kicks, Westlife’s Shane Filan and The 1975. Check out the Top 40 from this week in 2013.