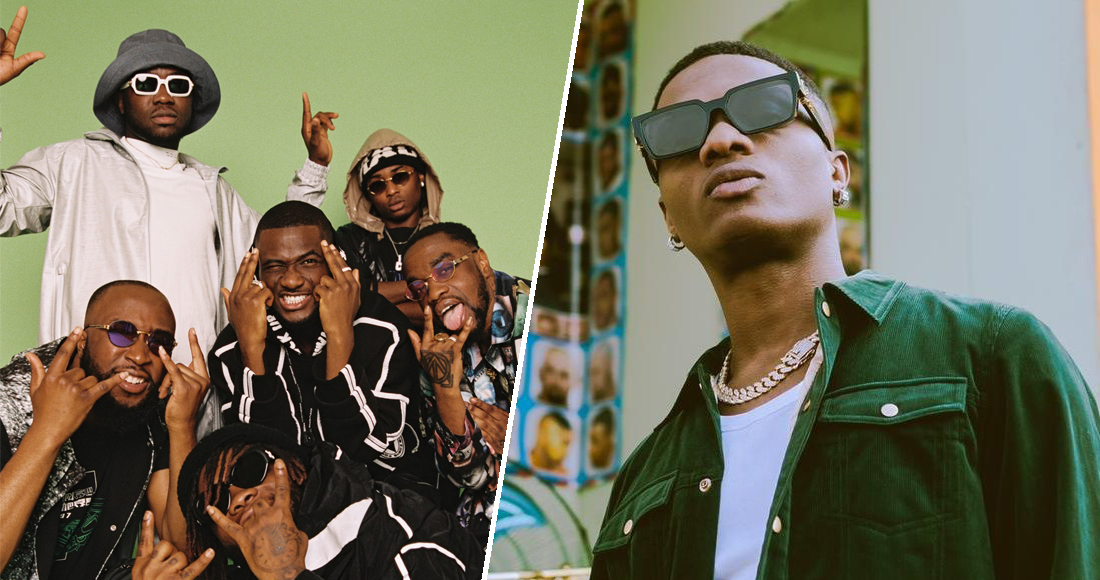 Three tracks are battling it out to land the first Number 1 on the brand-new Official Afrobeats Chart.

NSG's Grandad, lifted from their new mixtape Roots, currently has a narrow lead at the top and could claim the first Number 1 on the chart.

Darkoo's latest release Kryptonite is at 2, and WizKid's Smile ft. H.E.R is currently placed at Number 3. It's incredibly close at the top end of the all-new Top 20, meaning Number 1 could be anyone's for the taking.

Darkoo's Kryptonite is the rising star's third release of 2020, riding a huge wave of success following One Acen collaboration Gangsta, which broke into the Official Singles Chart Top 40 last November.

Meanwhile, WizKid's infectious summer jam Smile is the latest to release expected to feature on his upcoming album Made In Lagos.

The UK's first ever Official Afrobeats Chart launches on BBC Radio 1Xtra this Sunday (July 26) with a special show between 1pm-3pm.

The chart will then be published weekly on OfficialCharts.com and Afro Nation's socials, with the Top 20 available to listen to on Spotify.

MORE: The rise and rise of Afrobeats - a timeline