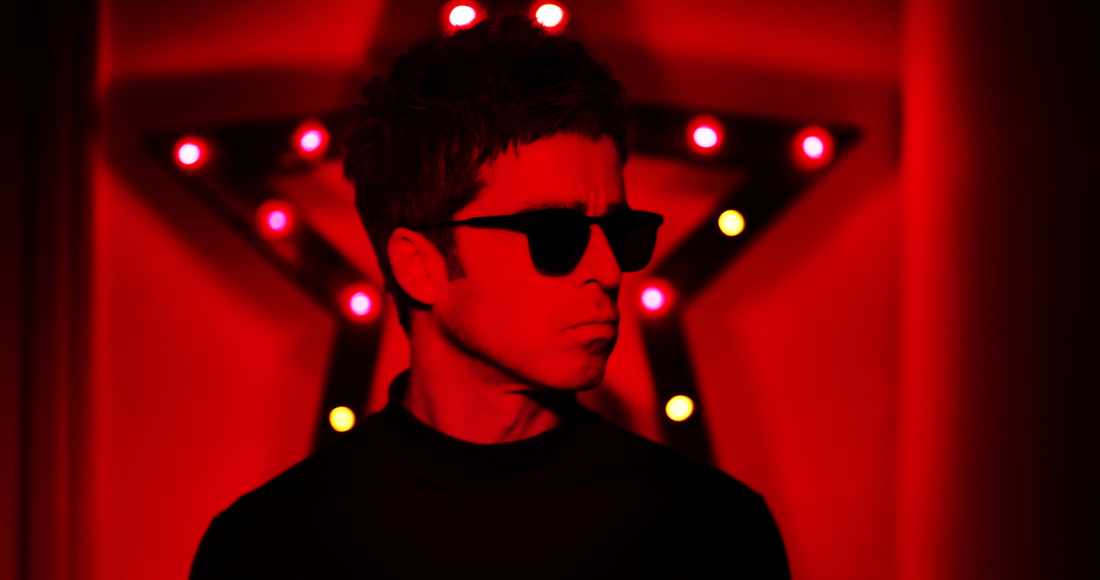 Noel Gallagher is off to a flying start this week as his new album, Who Built The Moon?, is heading for Number 1 on the Official Albums Chart.

The rock star’s third record with his High Flying Birds band leads the way on today’s Official Chart Update, notching up 57,000 across physical, digital and streaming equivalent sales in its first three days on sale.

Both NGHB albums debuted at Number 1 upon their release with impressive first-week sales. 2015’s Chasing Yesterday shifted 89,000 in week 1, while their self-titled record in 2011 sold 122,500 in its opening week.

Their closest competition for this week’s top spot comes from Little Mix, who are at Number 2 with a new Platinum Edition of their latest album Glory Days. The album, which has so far logged five weeks at Number 1, zooms 44 places to Number 2 in today’s update.

Meanwhile, Sam Smith’s The Thrill Of It All drops from 2 to 3, a deluxe edition of Elvis Presley’s Christmas album with the Royal Philharmonic Orchestra zooms from outside the Top 100 to Number 4, and Michael Ball & Alfie Boe’s Together Again slips from 3 to 5.

Two new albums have their sights set on the Top 10 this week: Violinist Andre Rieu starts at Number 6 with his latest collection Amore, and rock band Elbow are at 10 with their new retrospective, The Best Of.

Irish singer Daniel O’Donnell is set to claim his 36th Top 40 record on the Official Chart with Christmas With…, currently at 13, while the debut album from Strictly Come Dancing’s Anton Du Beke, From The Top, opens at Number 20.

Further down, Bjork’s ninth album Utopia is at 21, Pointless host Alexander Armstrong is at 24 with his third album In A Winter Light, and Frank Turner’s Songbook - a career-spanning selection of Turner’s biggest tracks including new versions of older material, starts at 25.

Finally, the debut album from X Factor winner Matt Terry, Trouble, is at 27, and ELO’s 1977 album Out Of The Blue heading back to the Official Albums Chart following its special vinyl release, currently at 40.