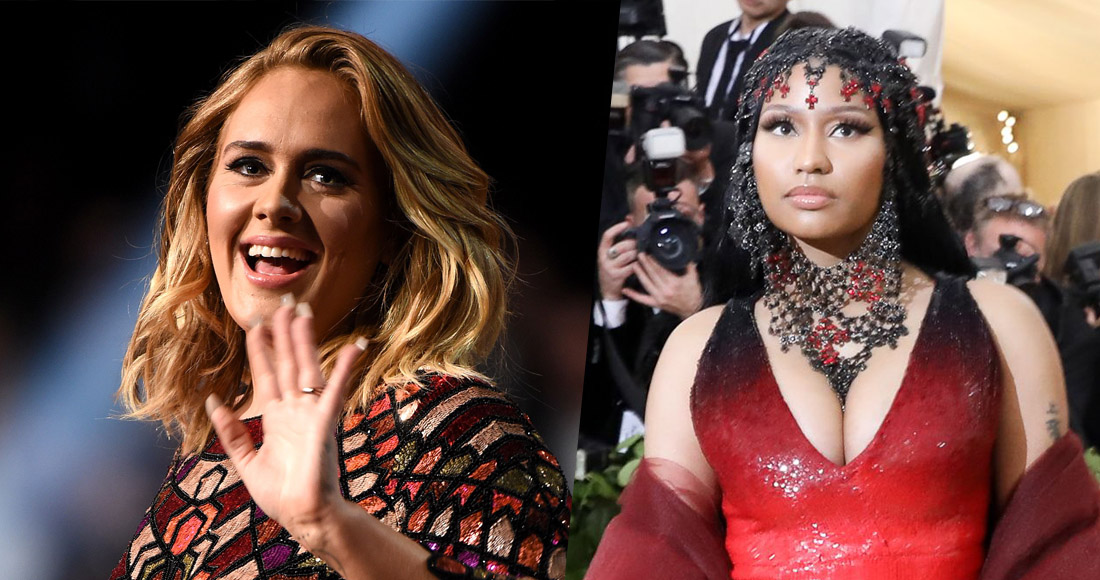 UPDATE: Turns out Nicki was trolling the world! She's explained all in a tweet:

Omg guys. 😅🤣 I thought everyone could clearly see I was being sarcastic. Shit! Now I have to go to Adele’s studio & steal some files. Who’s in the UK? I got a job for you 🥴 https://t.co/oyh4hECNCC

ORIGINAL ARTICLE: Nicki Minaj has revealed she is featuring on a new Adele track.

The US rapper and singer shared the news at the launch of her Fendi Prints On fashion line in Beverly Hills, despite being sworn to secrecy.

When asked if she would record with the British megastar, Nicki told Entertainment Tonight: "Yes and yes, yes and yes, wooo hoo! Adele made me swear to secrecy that I'm not allowed to tell anyone, that I'm working with her and we already shot a music video and it's an epic song."

Should the song be released, it would mark Adele's first collaboration in 10 years since she guested on Daniel Merriweather's Water and a Flame in 2009.

OfficialCharts.com recently revealed that Adele's 21 as the best-selling studio album of the 21st Century, while her third album 25 ranks in third place. View the full Top 40 list.

So far in her career, all three of Adele's albums have stormed to Number 1 on the Official Albums Chart, and she's also scooped two chart-topping singles - view Adele's full UK chart history.