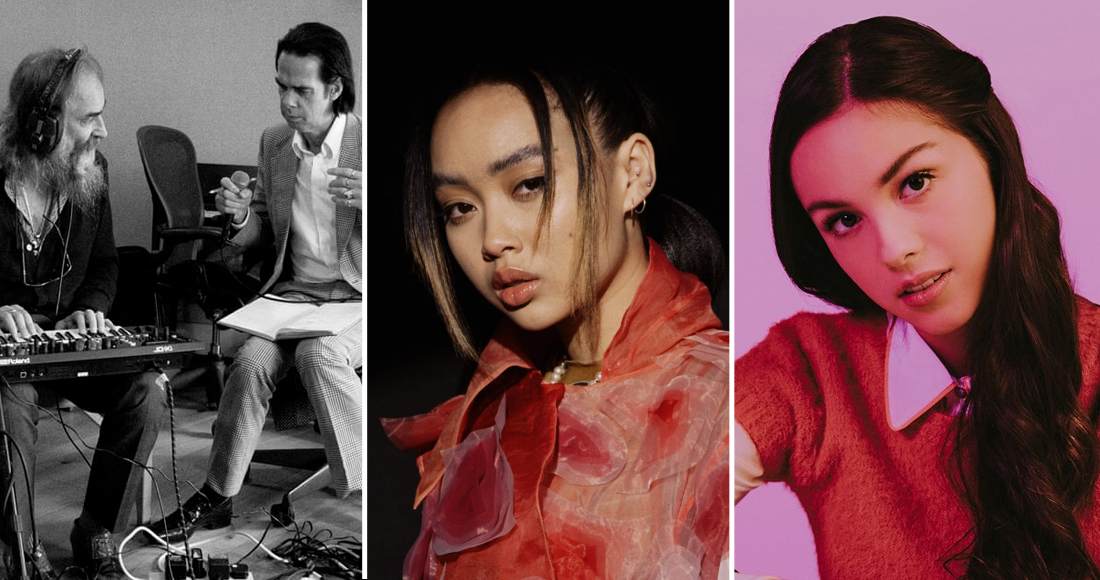 Nick Cave & Warren Ellis and Griff are challenging Olivia Rodrigo for the Number 1 on the UK’s Official Albums Chart this week.

Australian duo Cave & Ellis have the highest new entry on today’s Official Albums Chart Update with Carnage following its CD and vinyl rollout this past Friday (June 18). The two Bad Seeds members released the digital edition back in February.

Set to return to Number 1 for a third week is Olivia Rodrigo with SOUR, while last week’s chart-topper Back The Way We Came: Vol 1 (2011-2021) from Noel Gallagher’s High Flying Birds falls two places to Number 3.

BRITs Rising Star winner Griff has the most downloaded album of the week so far as her debut mixtape One Foot In Front Of The Other goes in at 4 midweek. Rounding out the Top 5 is Kittitian-British singer songwriter Joan Armatrading who is on course for her first UK Top 10 album in 30 years with Consequences at 5.

German heavy metal band Helloween are on the cusp of their first ever UK Top 10 album with their self-titled sixteenth studio album (7), and Norwegian folk-pop duo are heading for their inaugural Top 40 entry with Peace Or Love (9).

A fourth UK Top 40 album is on the cards for folk group Bellowhead with Reassembled at 17, the tenth studio LP from US heavy metal group Fear Factory titled Aggression Continuum may become their sixth Top 40 effort at 23, and Frank Zappa live album Zappa ’88: The Last U.S. Show is at 28.

Off the back of his Live at the Barbican broadcast on BBC Two, Paul Weller’s Number 1 album Fat Pop is heading back to the Top 40 at Number 29, and finally, classic Muse album Origin of Symmetry is in line to return to the Official Albums Chart following its XX Anniversary RemiXX edition release at Number 34.