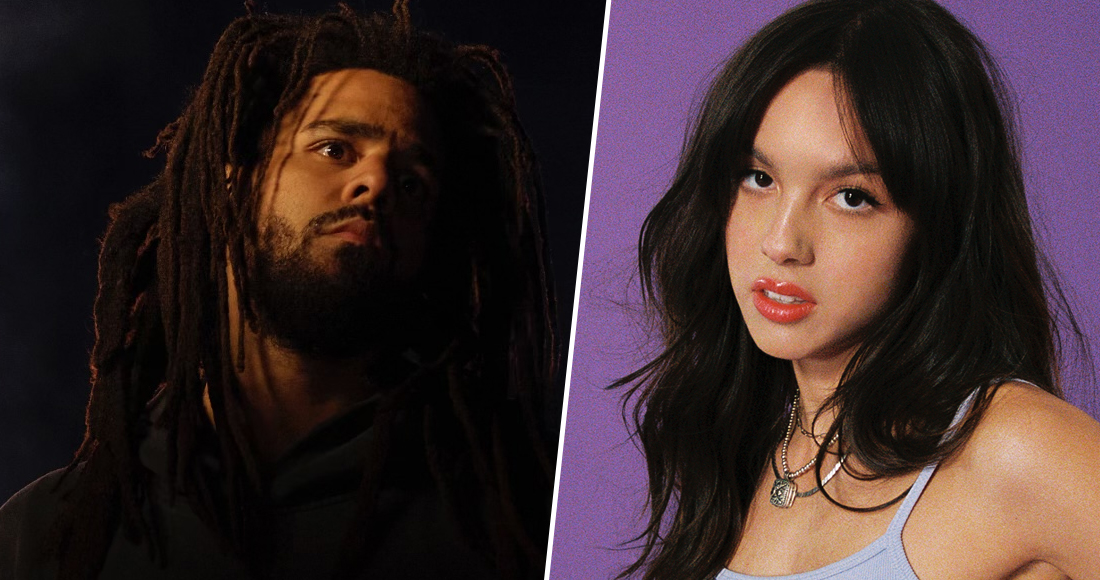 Three tracks from J. Cole’s new album The Off-Season are heading for big debuts on this week’s Official Singles Chart.

On the midweek Official Chart: First Look, the North Carolinian rapper is locked on for the highest new entry with 9 5 . S O U T H at Number 9, which would mark his second UK Top 10 single.

On course for a third week at Number 1 are Tion Wayne & Russ Millions with Body, the most-streamed track across the first 48 hours of the tracking period. The song has also reached Number 1 in Ireland, Australia and New Zealand.

Knocking on the door at Number 2 is Doja Cat with Kiss Me More, a rise of one place to a potential new peak for the SZA collaboration.

Ahead of her debut album release this coming Friday (May 21), Olivia Rodrigo’s new single Good 4 U is on track for a Top 20 placement, currently at Number 14.