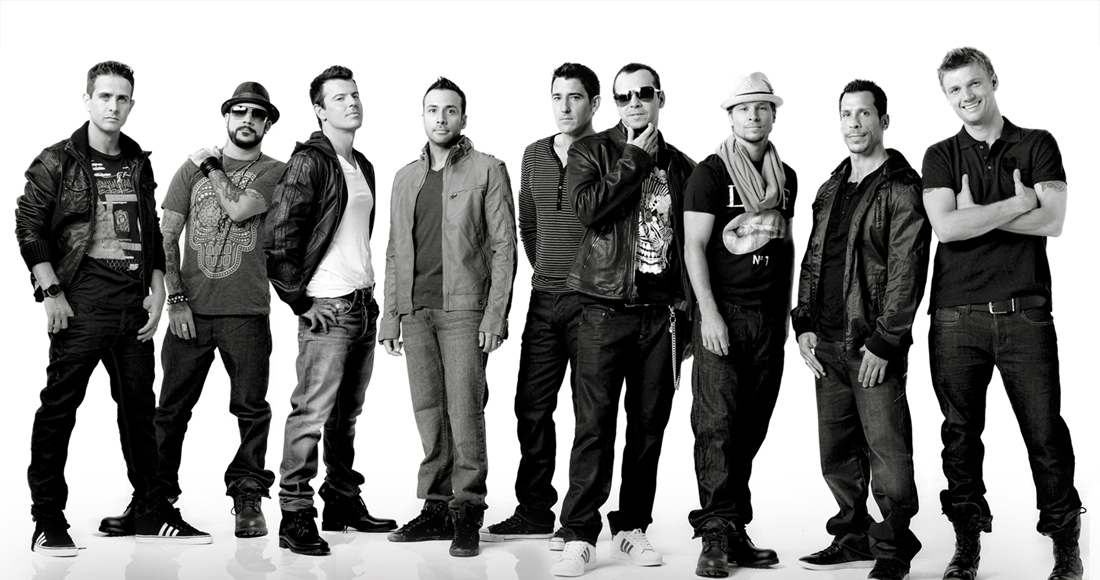 New Kids On The Block and Backstreet Boys kicked of their UK NKOTBSB tour in Belfast on Friday. The trek will also take in Liverpool, Manchester, Newcastle, Birmingham as well as two sold-out nights at London’s O2 Arena.

Back in January, Backstreet Boys’ AJ Mclean told OfficialCharts.com that fans should expect “an amazing journey of hits”. So, to celebrate, we have compiled two Top 10s revealing the nation’s most downloaded New Kids On The Block and Backstreet Boys tracks.

New Kids On The Block’s most popular track is Single FT Ne-yo, which got to Number 81 in the Official Singles Chart in 2008, while the band’s first Number 1 single, You Got It (The Right Stuff), which was released nine years earlier, is at Number 2. Leading the charge for Backstreet Boys is their 1997 anthem Everybody (Backstreet’s Back), whose Thriller-inspired promo video propelled the track to Number 3 on the Official Singles Chart. While 1999’s I Want It That Way, the band’s only UK Number 1, is in second place. Check out the full Top 10s below:

New Kids On The Block’s Top 10 most downloaded tracks