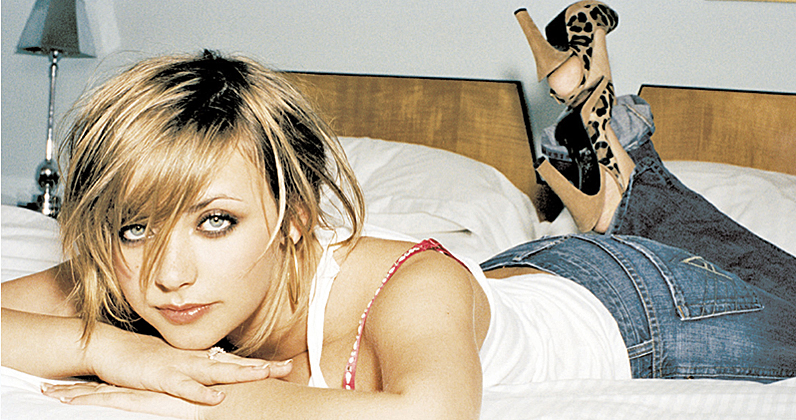 In pop's long, rich history, there are bound to be some magical moments that we forget: albums or artists who were amazing but got overlooked, bands whose careers were stellar but shortlived, or maybe simply strange quirks or huge moments in pop that perfectly captured the zeitgeist but have since been forgotten.

But in the words of Take That, we #NeverForget a decent pop moment, and we kick off our celebration of "Oh yeah, that was totally a thing!" with the poptastic glow-up of an angelic classical singer.

When teenage megastar Charlotte Church announced she was ditching her choral gymnastics, and highly successful classical career, for a foray into pop, everyone was eager to see how things would turn out – in a good way and a bad way. When someone famous for something else, be it a soap, movies or another non-pop career, tries a crossover, it can be a catastrophe – but we can say Charlotte certainly pulled it off!

First single Crazy Chick was quite the breath of fresh air, a catchy, retro track reminiscent of a '60s girlgroup, with Charlotte more than delivering on the vocals – almost Aguilera-esque in places. Crazy Chick went straight in at Number 2 this week in 2005, behind 2Pac and Elton John's Ghetto Gospel – which Charlotte was famously seething about, as shown in a fly-on-the-wall documentary following her round at the time.

This shift to pop created something of a phenomenon around Charlotte. She got her own TV show on Channel 4 which attracted huge star guests and resulted in some memorable one-off duets, including this cover of Beat It with the late, great Amy Winehouse.

Despite a successful dip in the pop pool, Charlotte parted ways with her record company and no further chart hits were forthcoming, although she's still performing and is said to be working on a new album.

Which pop moment, artist, album, song or phenomenon do you think deserves the #NeverForget treatment? Let us know in the comments, or over on our Facebook or Twitter.