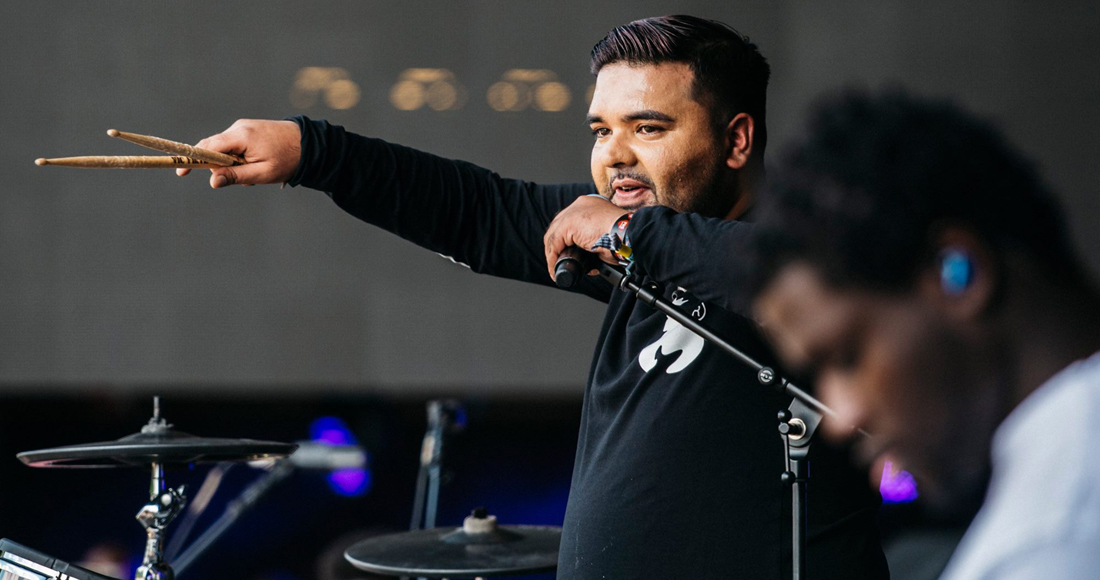 Now seven years into his music career, Naughty Boy has amassed quite the collection of pop bangers, including four Top 10s and one massive, million-selling Number 1 with La La La.

Official Charts caught up with the London producer at his only UK show this year - opening for Justin Bieber at the Barclaycard presents British Summer Time Hyde Park - to find out what he's plotting next.

Hello Naughty! This is your only gig this year and it's to about 50,000 people. Is gigging more enjoyable now you've got a healthy back catalogue behind you?

“Today I couldn’t ask for more to be honest! It’s my only London show this year and it’s to this huge crowd. It’s nice to get a taste of it again before my next album later this year. What I’ve realised is it’s nice that I’ve built a bit of a catalogue of songs now – it’s not just about one song now. It makes me feel a bit more confident going out there with a set of songs people know.”

Your last single, Shoulda Been Me, came out last December. You must be due a new single soon, surely?

“There is. I’ve got a few in pipeline – I’m not sure exactly which one is coming next. I’ve just done a track with Calum Scott that I can’t wait for people to hear because his voice is incredible. I’ve also been working with DNCE, Mike Posner, Julia Michaels… I’ve been busy! There’s a lot coming. This time it’s the best of the British and artists around the world. As a British producer I want to keep flying the flag.”

So which of those collaborations is the next single?

“The Calum Scott track. Or maybe DNCE – I haven’t decided yet. My last album Hotel Cabana was quite an artistic album. This time I want to get to the point and make a great big pop album.”

Sounds great. You've taken your time with this album, haven't you?

“The easiest thing for me to do would be to go through my hard drive and out together an album [of old songs]. I could have done that last year, but I can’t do that – it has to be right. I don’t want it to be half-hearted, so it takes time.”

Here's a tongue twister for you: Should Shoulda Been Me been a bigger hit?

“It’s been on radio since about last September! I was going to hold off releasing it until now but I ended up going with it last Christmas because I didn’t want to leave such a big gap since Runnin’.”

...which features Beyonce. Seriously, how do you better that collaboration?

"It’s definitely easy to say, 'where do you go from there?', but I still really believe in the importance of working with new artists. Find someone who’s going to be the next something. The confidence I’ve got from working with Beyonce I wouldn’t get with any other artist right now, and I love that Runnin’ also featured Arrow Benjamin – a brand new artist – and he sat level to level vocally.”

You must be getting a fair few work offers in your Inbox these days...

“There’s a separate category in the inbox for that now! I go through it all the time though, and I love being sent music from anyone. Even someone new just making it in their bedroom like I did. You never know what’s coming around the corner."

The Barclaycard British Summertime Hyde Park gigs continue with Kings Of Leon on July 6, followed by The Killers on July 8. For more info and tickets, visit the event's official website.