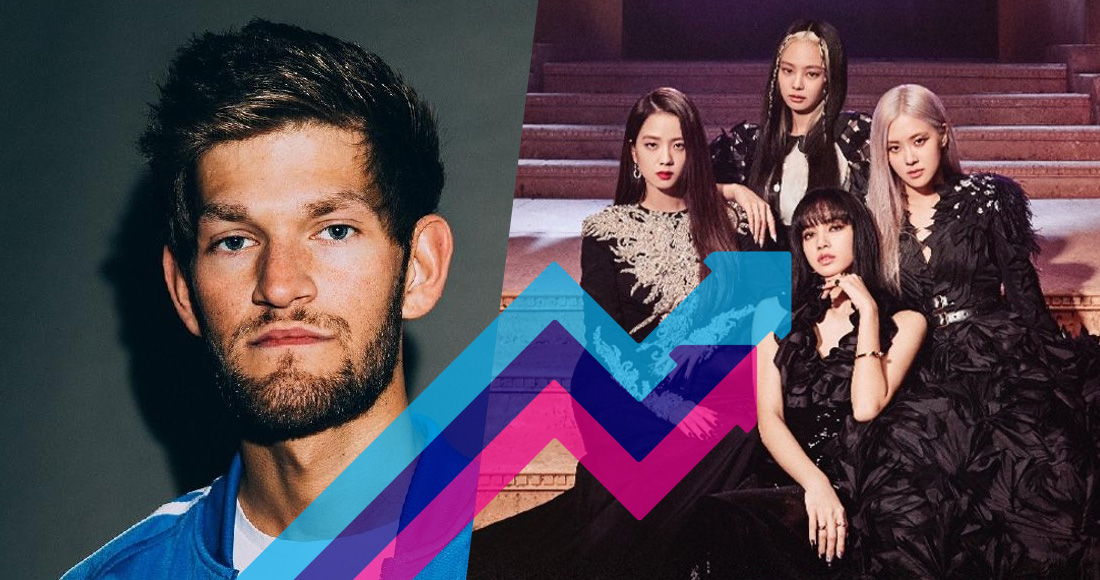 Nathan Dawe is back at the top of the Official Trending Chart with Flowers ft. Jaykae.

Flowers – a rework of the Sweet Female Attitude's 2000 single - has had some serious staying power on the Official Singles Chart, so far spending fourteen weeks in the Top 40 - including eight in the Top 20 - and peaking at Number 12. In the UK the track has been streamed 40 million times to date.

Its chart run is far from over yet; Flowers looks set to rebound four places to Number 13 on this week's Official Singles Chart. See the latest chart update here.

Blackpink come in a close second on this week’s trending chart with their latest single How You Like That, at Number 14 midweek. On course for the highest new entry on the Official Singles Chart, it will also become the South Korean band’s highest charting single if it stays on track, topping their Lady Gaga collaboration Sour Candy which hit Number 17 at the beginning of June.

How You Like That was streamed 1.4 million times in the UK between Friday and Sunday, while the song’s music video broke the YouTube record for the most views in 24 hours, with 82.4 million views globally.

The band have actually reclaimed this title, which they previously held for just a handful of days with their April 2019 single Kill This Love before BTS and Halsey’s Boy With Luv overtook a week later.

Elsewhere on the chart, The Rolling Stones enter with Living in a Ghost Town, which could hit the Top 40 for the first time this week, Sheffield rockers Bring Me The Horizon are making waves with brand new single Parasite Eve, and Swedish Pop duo Jubël are up 26 spots midweek with Dancing in the Moonlight ft. Neimy – a tropical dance cover of the much-loved Toploader hit.

Other new releases that feature on this week's Official Trending Chart include Becky Hill & Sigala with Heaven on my Mind, Dermot Kennedy’s Giants and Manchester rapper Meekz with Like Me.