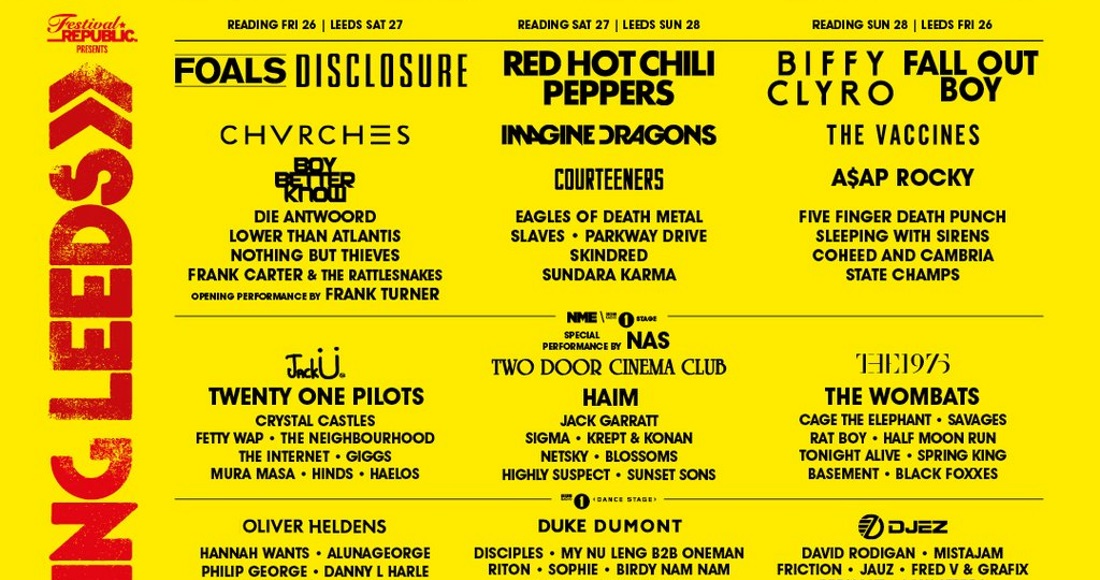 Rap legend Nas and Noughties rock royalty Good Charlotte are just some of the 76 new names announced for Reading and Leeds festivals.

Nas' apperance at the top of the BBC Radio 1/NME Stage is billed as a special performance, and is UK festival exclusive for 2016. Good Charlotte, led by The Voice of Australia coaches Joel and Benji Madden will headline The Pit stage.

Fresh from their first UK Top 40 album, Australians Tonight Alive were also announced, as were Kano and Frank Turner, who is taking to the R&L stage for the 10th time. Maverick Sabre, Temper Trap, Lion Babe and Pulled Apart By Horses are also fresh on the bill.

INTERVIEW: Lion Babe on their debut album Begin and Pharrell's pearls of wisdom

Foals, Disclosure, Red Hot Chili Peppers, Biffy Clyro and Fall Out Boy are headlining the three-day event, which kicks off on August 26. Click to enlarge the full lineup below:

Catch up on the latest music news with our best music pictures of the week gallery: