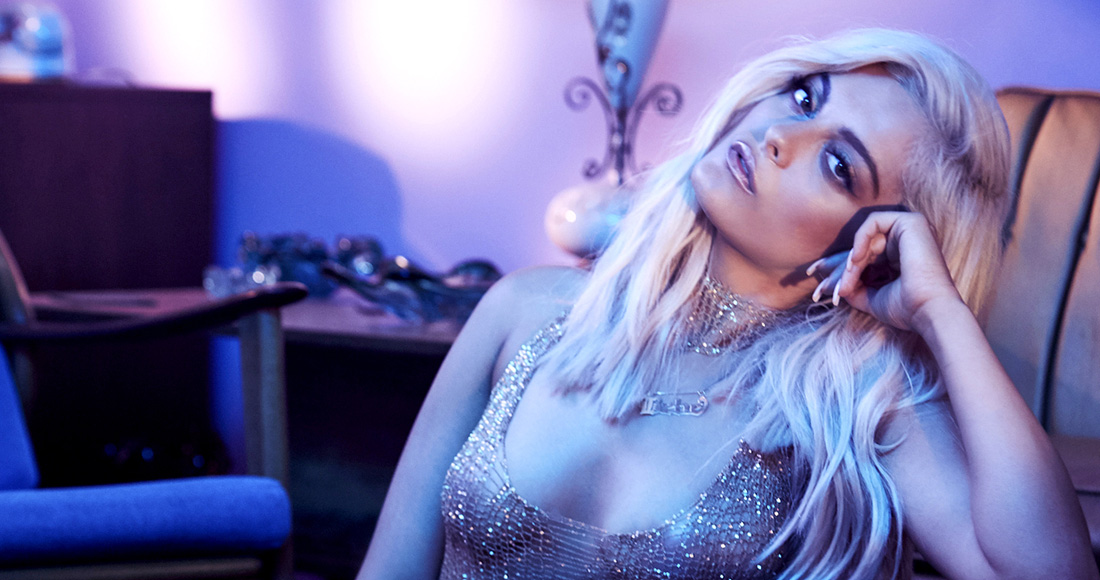 When we meet Bebe Rexha at her label, Warner, she greets us with an almighty hug. "I'm going to apologise before we even start because I'm so jet lagged," she admits, taking our arm and guiding us to the nearest sofa, where she curls up for our chat.

In the middle of a globe trotting promo tour, Bebe admits that she's lost track of dates, times and places, looking to her team - who huddle in hushed whispers nearby - for guidance. Despite all this, it hasn't stopped her from turning out a look, dressed head-to-toe in Native American baroque print Versace. Subtle it isn't, but given she's about to release her debut album - ten years in the making - you can't blame her for wanting to turn heads.

Born in Brooklyn, New York to Albanian parents, Bebe's rise to fame has been steady and, at times, arduous. Musically talented from an early age and a songwriter from the age of 14, she went through a series of record deals - including a brief spell as the lead singer of Black Cards, founded by Fall Out Boy bassist Pete Wentz - before finding her feet at Warner in 2013.

The five years since have seen her genre hopping and regularly collaborating to find her niche. In 2014 she scored a Top 5 on the Official Singles Chart featuring on Cash Cash's dance hit Take Me Home; in 2016 she swerved towards R&B with G-Eazy on Me, Myself and I. This year she went full on country-pop on Meant To Be, a collaboration with Florida Georgia Line that became Bebe's first truly global hit as a lead artist and serves as the lead single from her debut album, titled Expectations.

Between her own hits, Bebe has racked up an impressive catalogue of smashes for other artists. As well as penning Eminem and Rihanna's Grammy-winning The Monster, her credits include Nicki Minaj, David Guetta, Selena Gomez and Nick Jonas. For now though, the focus is on her own music.

Did she expect it would take this long to get her first album out? “Probably not, no" she sighs. "It’s so scary putting an album out – I have anxiety attacks every day about it. I think, ‘no, it’s not done yet, I have to add another song’. You go into your own world when making an album, and when it comes to releasing it, you have to step back into the real world. The environment of where music is at is so different right now – it’s single, single, single… I grew up listening to albums, I still have so much love for that body of work."

Expectations has effectively been ten years in the making. Was there ever a moment where you thought, f**k this, I’m just going to leak my music and be done with it?

"I felt that way like two days ago! When I got off the plane in London I was like, ‘f**k this!’. For some reason I was so upset the other day and just felt like packing it all in, so my manager took me to her mum’s house just outside of London and we played with her dogs.

"With art, you have to constantly put yourself out there to be judged. Like, I could go and make safe songs, but I choose to take risks – and they either do great or they completely flop. I’d rather have s**t music than basic music, but I think that makes me feel more insecure along the way. I’m probably worse now because when I started, I had nothing to lose, so I didn’t give a f**k. Now, there’s more people watching and listening."

Before Meant To be, your music has always been in the pop/rock/R&B lanes. Does it feel odd to have a country hit under your belt?

"I grew up in New York - the most of country music I’d known is Shania Twain, Taylor Swift when she first came out and the Dixie Chicks. I never thought I'd have a hit country song. I mean, when I first started songwriting at 14 I would take workshops where I was in a class of country songwriters. One of things I loved that those people could do was the colour in the writing. They have a way of describing things." 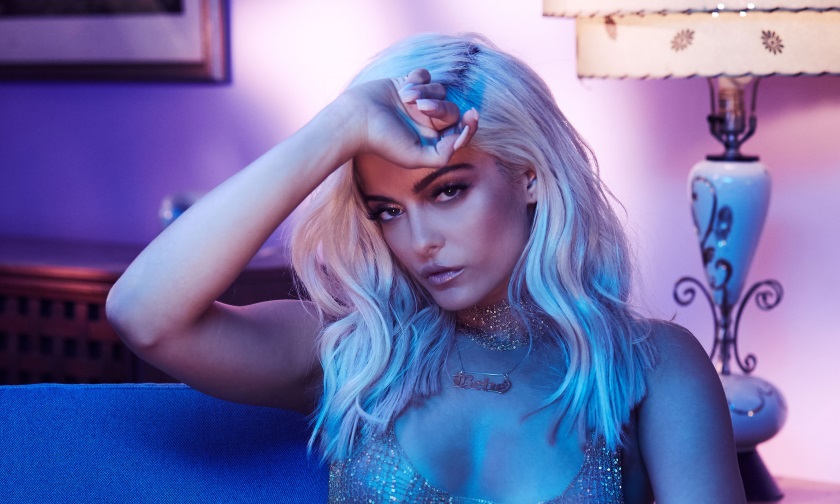 You’ve explored a lot of sounds in your career, which can make it tricky to find a particular fan base. Do you think people are starting to 'get' you now?

"I think once my album comes out everything I’ve done is going to make a ton of sense. The songs are really honest. I’ve taken everything that’s inspired me that I love. At the beginning of my career I was more pop-rock and then I transitioned to more dance-electronic, and then back to rhythmic. That’s all of what I truly love. The album has some great guitar moments with rhythmic beats with some truly honest lyrics and electronic sounds."

“No really, I think you’re right. If you’re an artist who has their songs written for them, it’s easier to curate a defined sound."

You've written some big hits for other artists. What's your approach to writing pop songs? Is there a formula?

"I start off by just writing the song. I’m the most anti-structural/formulaic person. I like structure, but only when it comes naturally or instinctively. I can’t sit there doing formulas. The second I’ve worked with anyone and they’ve said 'This part is too slow, this bit needs to be sped up, the next part has to be more rhythmic, this bit needs to be higher but not higher than the chorus…’ then I’m out of the room. I’m done. For some, there’s actual scientific things that people use when songwriting, but I can’t do that. For me, it’s just a case of writing and picking whichever you think is the best. I write the songs and send them to my team – they figure the other stuff out."

“I had this Women in Harmony dinner a while ago and I met her there for the first time. She was just so sweet. She looks the same as when she was 16! Her skin is perfection and she’s so, so f**king nice. Like, there wasn’t an ounce of negative energy coming out of her. I did write a song with one of the guys I wrote Me Myself and I with, which Avril heard and wanted to work on further. The song is really good, but I don’t know if it’ll be on her album. I’d love to actually get in a room with her because her songwriting is just incredible – from Complicated to I’m With You, to Sk8r Boi… it’s crazy how amazing those records are."

The album is called Expectations; are you the kind of person who always expects the worst to happen, or do you keep a positive outlook?

“It’s hard for me to do. I build the best fantasy possible in my head, and then if fall a bit below it, it sucks. When I was younger I saw on TV that Oprah wrote herself a cheque for $500m dollars and put it on her mirror. In a similar way, I made a story board for myself and I have all these things that have come true.”

What's on the board?

"I’ve just bought my first house, so that’s getting checked off. I’ve done a ‘Late’ TV performance – in fact I’ve done many of those – I got my first Number 1 on iTunes in the US..."

"I’m not yet in a relationship that I love and I really want to win a Grammy – or at least be nominated. Then I can sail off into the sea."

Expectations is out on Friday, June 22.