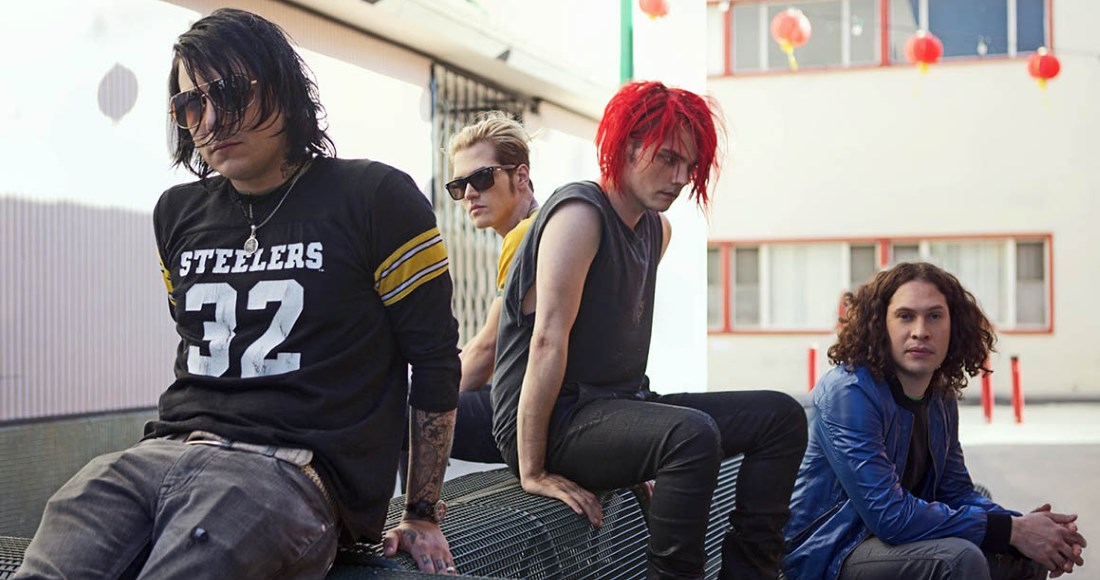 My Chemical Romance have announced their first gig in Ireland since 2011.

The emo-rock four-piece recently announced their reunion after a split of nearly six years. After announcing shows in Australia and the UK, the band announced a series of European dates today (January 27) with one set for Irish soil.

Gerard, Mikey, Ray and Frank will headline Royal Hospital Kilmainham in Dublin on June 23, 2020, a venue that is a former 17th century hospital. The setting is perfectly in-keeping with MCR's haunting hospital imagery seen in the music video for the band's biggest single Welcome To The Black Parade, which peaked at Number 12 on the Official Singles Chart.

Tickets for the comeback concert go on sale this Friday (January 31) at 10am.

My Chemical Romance scored six Top 50 albums in Ireland between 2004 and 2014, picking up six Top 50 singles along the way including their only Top 10 single Teenagers which reached Number 7 in 2007.