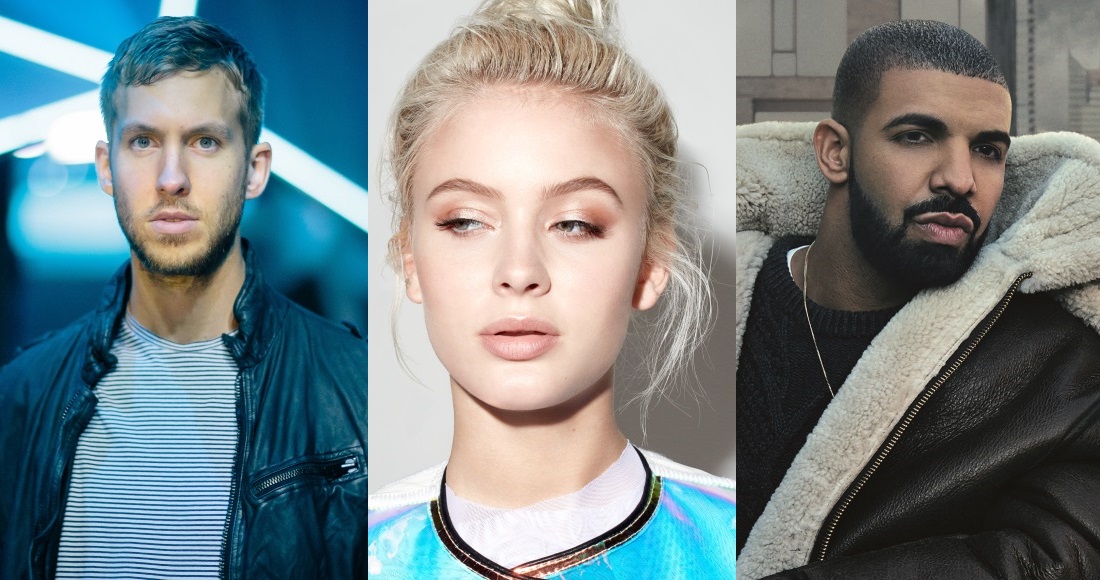 Revenue made from streaming services like Spotify and Apple Music has helped music become the fastest-growing sector in the UK's entertainment industry (music, video and game).

Figures released today by the Entertainment Retailers Association (ERA) reveal a 65% rise in revenue in 2016 from streaming platforms such as Apple Music, Deezer and Spotify.

The popularity of artists such as Drake and Calvin Harris, plus newer faces like Jonas Blue and Zara Larsson has led to their fans subscribing to premium streaming packages in huge numbers. Click here to view the Top 10 streamed songs of 2016.

Offsetting streaming's growth was a 27% falls in downloads compared to 2015. CD sales also fell by 12% year-on-year, a decline that could be down to the lack of a million selling album in 2016. In 2015, Adele's 25 sold 2.5 million copies in less than two months after being released that November.

However, streaming's huge takings and a continued rise in the popularity of vinyl compensate the dwindling impact of downloads and CD sales to make up an overall 4.6% uplift, more than video's 2.2% climb and video games' 2.9%. This makes the music industry the UK's fastest growing entertainment industry. And who said 2016 was all bad?!

Total sales across the music, video and games business reached an all-time high of £6.3 billion in 2016 - up 3% on 2015, thanks to investment in new digital services like Spotify, Amazon and Sky.

In the video sector, digital revenues from the likes of Netflix, Sky and Amazon were up a massive 22.8% in 2016 - check out 2016's biggest selling DVD/Blu-rays here.