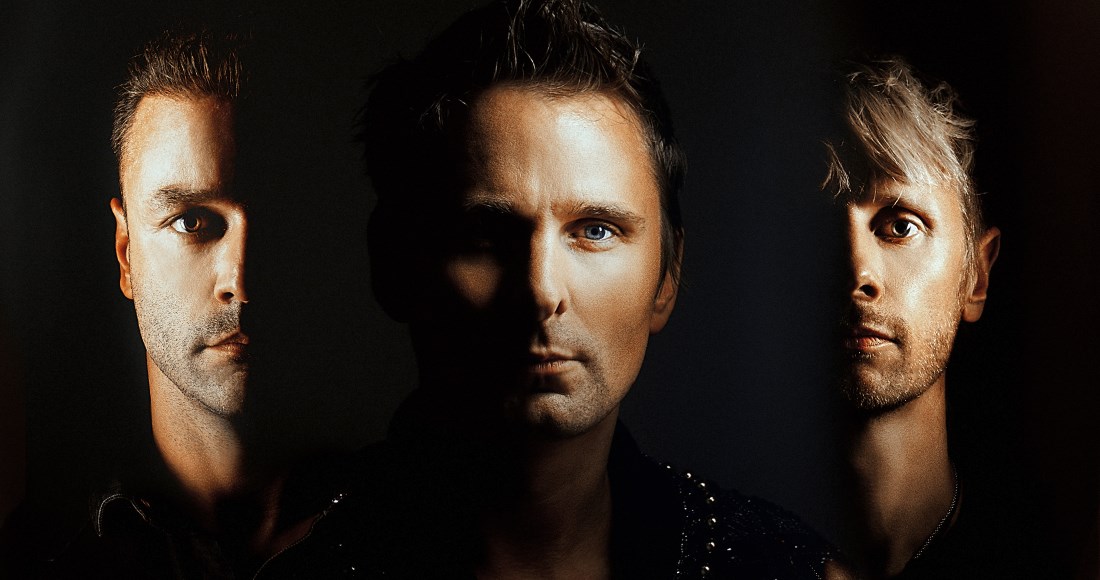 Internationally known for their breed of melancholic alternative rock, Muse have carved themselves a place as one of British music's biggest bands of all time. Thanks to their unique sound and singer Matt Bellamy's distinct falsetto, their songs are unmistakable to even a casual listener.

Since 1999 Muse have scored 22 hits on the UK's Official Singles Chart Top 40, four of which went Top 10. Their albums have fared even better, with the last five studio releases debuting at Number 1.

With the imminent release of their eighth studio album, Simulation Theory, we've dug into the numbers for a closer look at Muse's top hits.

5. Time Is Running Out

Kicking off with a cutting bass riff before the chorus blows your socks off, Time Is Running Out from their third album Absolution peaked at Number 8, and to date has 292,000 combined UK sales.

Matt Bellamy said at time of release that the song's subject matter is open to interpretation, so of course a few suggestions have cropped up over the years. One theory is that it is about the end of a relationship, another is that it's a general muse (sorry) on the fleeting nature of time itself, and some fans think - thanks to the music video - it's about an impending nuclear holocaust... We'll leave that one with you.

Covering of one of the world’s best known songs isn't an easy feat, but Feeling Good has often been voted the best cover song of all time. It reached Number 24 in the UK in 2001 and ranks as their fourth biggest single with 377,000 combined sales, including 10.5 million streams.

This simple love song is memorable for its upbeat piano riff and killer high notes from Bellamy, as well as Muse's signature hard guitar passages. It's shifted 400,000 in the UK. Despite being the band's third most successful single, it didn’t quite rise to the Official Singles Chart Top 10 at time of release, peaking at Number 13.

The lead single from the band’s fifth album, 2009’s The Resistance, charted at Number 9 and finishes in second place on Muse's top hits, with 526,000 combined sales. Uprising doesn’t shy away from its political subject matter with some very to-the-point lyrics. Matt Bellamy said the song is “influenced by glam rock, 80s synths, riots and the more eccentric protesters at the recent G2O protests. It expresses a general mistrust of bankers, global corporations, and politicians.”

Perhaps the band's best-known song, Supermassive Black Hole is their top seller in the UK, with 580,000 combined sales, split between 380,000 sales and 20.3 million streams. While it didn’t quite manage to achieve the top spot in the Official Singles Chart, it did reach a very respectable Number 4 in June 2006. At the time it was the most starkly different song in Muse's arsenal, blending indie rock and Prince-styled funk over towering guitar riffs.

As for the albums...

The band's best-selling album is 2006’s Black Holes & Revelations - home to Supermassive Black Hole – which has surpassed the million sales mark with 1.2 million combined sales. 980,000 of those were on physical CD or vinyl copies of the album.

Not far behind at Number 2 is 2003's Absolution with 948,000 combined sales to date, while 2009's The Resistance has an admirable 790,000. Muse’s only studio album to miss out on the Official Albums Chart Top 10 is their 1999 debut Showbiz – peaking at Number 23. Despite this, it has exceeded half a million cumulative sales over the years.