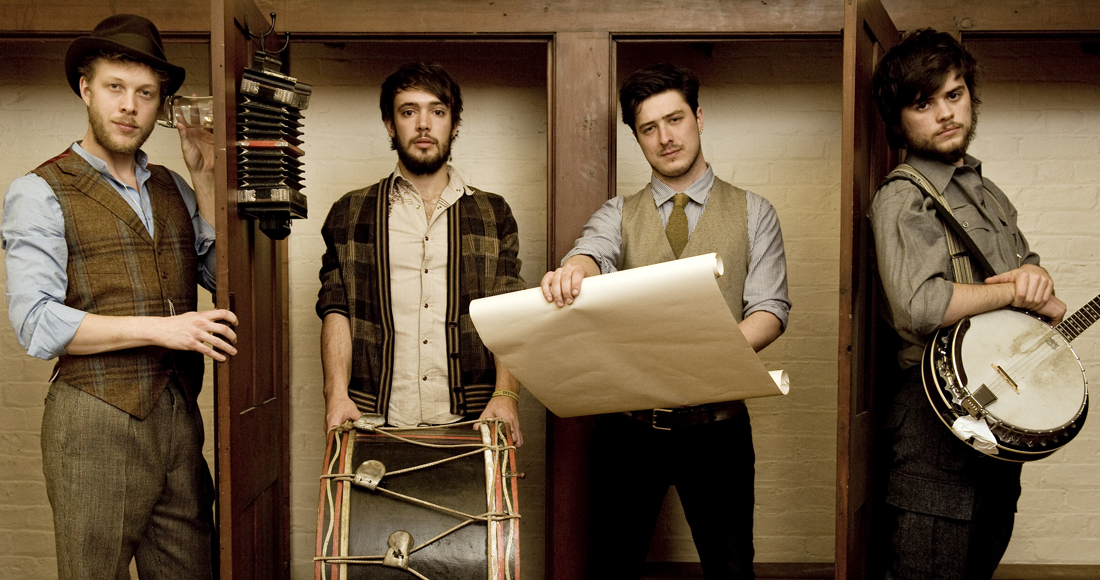 Mumford & Sons’ record-breaking new release Babel has this week bulldozed through markers set by the likes of Lana Del Rey, Emeli Sande and The Killers to become the fastest-selling album of 2012.

The follow up to 2009’s Sigh No More, Babel is the second studio album from the Mumford stable and the band’s first Number 1. The London folksters started the week on fine form, selling 89 000 copies of their sophomore release by Wednesday’s mid-way point. The band have since racked up a further 70,000 sales to end the week on an impressive total of 159,000.

This level of sales sees the band surpass Lana Del Rey’s Born To Die which achieved nearly 117,000 sales in its first week of release earlier this year, and also Emeli Sande’s Our Version Of Events which sold just over 113,000 in its debut week in February.

Speaking to NME this week about potentially bagging the Number 1 slot, Mumford & Sons' Ted Dwane said: "Number 2 was the best we got with 'Sigh No More' so it would be amazing. Obviously no-one's going to wish against a Number 1 record but I know Green Day have an album out and they’re pretty big hitters. If you told me in the '90s that I’d be in a chart battle with Green Day, I probably would have just laughed at you."

Babel has outsold Green Day’s Uno by more than three copies to one.

Uno is the second highest new entry today and the first in a trilogy of back-to-basics albums by Green Day.

Pink’s The Truth About Love is at 3, while last week’s chart topper The Killers’ Battle Born has dropped down three places to Number 4. Jonathan & Charlotte, the operatic duo who captured the nation’s hearts during this year’s Britain’s Got Talent, complete the Top 5 with debut album Together.

In addition to Mumford & Sons (1), Green Day (2) and Jonathan & Charlotte (5), there are a further six new entries on this week’s Official Albums Chart.

Toronto dance producer and DJ Deadmau5 is fresh in at Number 6 with Album Title Goes Here, while new Warwickshire singer-songwriter Lucy Rose scores a Top 20 debut for Like I Used To (13). Push and Shove, the comeback album by No Doubt gives Gwen Stefani and co their third Top 20 album on UK shores, today’s Number 16, and Deacon Blue’s The Hipsters is at 19.

Following an appearance on Later With Jools Holland this week, the Beach Boys compilation Fifty Big Ones lands at Number 30. The week’s Top 40 new entries are rounded off by Steve Harris’s British Lion.

Here's this week's Top 10.  You can view the full Official Top 100 in all its glory right here.