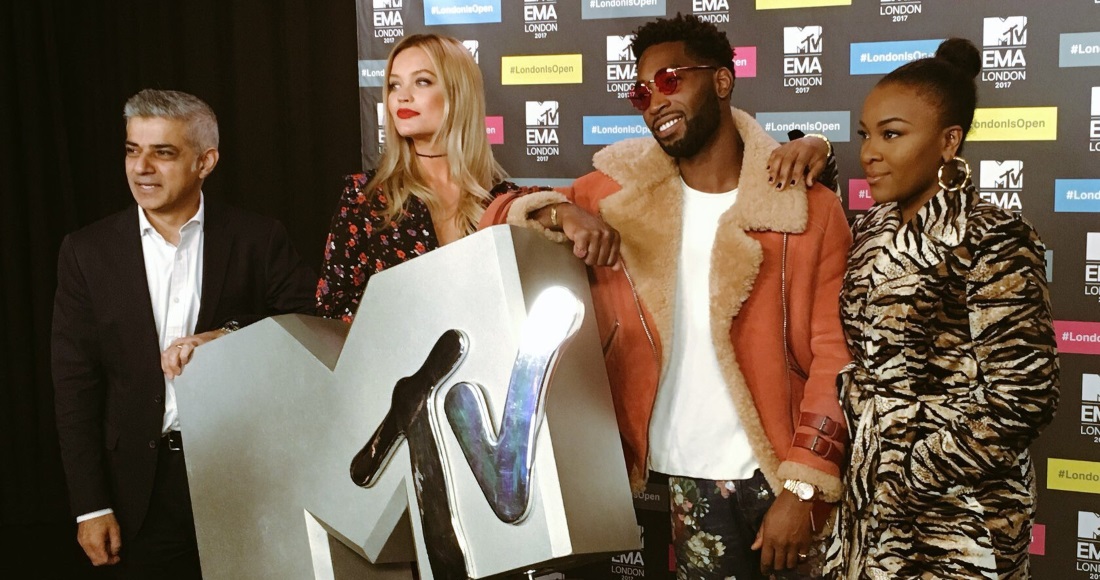 The 2017 MTV European Music Awards are to be held in London!

The exciting news was revealed earlier today (February 14) and is definitely a Valentine's Day gift that we can get behind. In a press event hosted by Laura Whitmore, the announcement was made alongside the Mayor of London Sadiq Khan, and artists Tinie Tempah and Ray BLK.

"After two decades away, the MTV EMAs are returning to electrify the greatest city in the world once again," explained Sadiq Khan. "It promises to be an absolutely incredible evening, featuring some of the globe's top artists and watched by millions.

"London is the natural city to host one of the greatest musical shows on earth – with our exceptional musical history, wealth of creative talent and outstanding venues – we're the entertainment capital of the world. Whether you're a musical superstar, Londoner or visitor to the city – London is Open to entertain you!"

Last year's EMAs ceremony was held in Rotterdam, The Netherlands and was hosted by Bebe Rexha. The likes of Shawn Mendes, Green Day and Bruno Mars performed, giving us a brilliant indication of the level of talent coming to London in November.

The 24th annual MTV European Music Awards will be held from the SSE Wembley Arena on November 12, 2017.