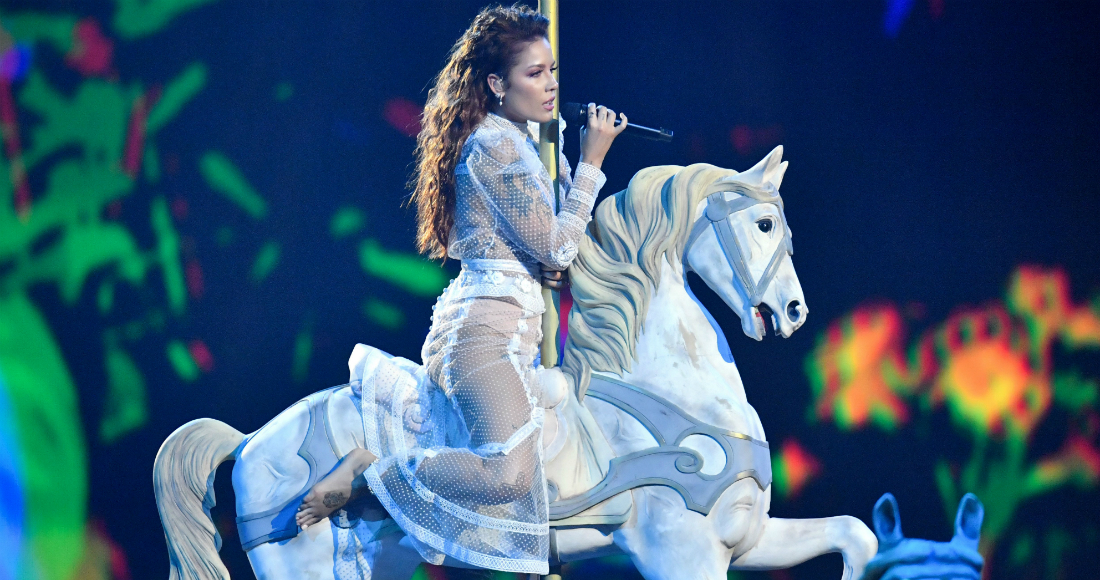 All eyes were on Seville last night for the annual MTV EMAs, celebrating their 25th anniversary.

Host Becky G not only acted as main presenter for the awards, she also showed off her language skills as translator for the Spanish-speaking crowd and viewers at home.

Performances on the night were as energetic and high-spec as we've come to expect.  Halsey, who won two awards including Best Pop went earthy and equestrian with her performance of Graveyard, starting out lying in the dirt before graduating to a lone carousel horse.

Dua Lipa and an array of backup dancers in fetching yellow opened the show,  with Dua giving a spirited performance of brand new single Don't Start Now – currently challenging for the Number 1 spot on the Official Singles Chart.

Niall Horan wielded his guitar as he sang new hit Nice To Meet Ya, Ava Max did a medley of Torn and Sweet But Psycho, and NCT 127 made history as the first ever K-pop group to perform at the EMAs since the awards' inception in 1994.

Best Rock winners Green Day pulled out a special outdoor performance, playing Father Of All and classic track Basket Case, and as winner of the first ever Rock Icon award, Liam Gallagher performed Once, and Oasis classic Wonderwall.

There were nods to the host city as presenter Becky G performed twice, including a medley of 24/7, Sin Pijama, and Mayores, and Rosalía, who won an award for her J Balvin collab Con Altura, wowed the crowd with a performance of Di Mi Nombre.

Multiple winners on the night included Halsey, Billie Eilish, BTS and Taylor Swift, and Little Mix nabbed the Best UK and Ireland Act gong. But perhaps the biggest shock of the night came from who didn't win. Despite leading the nominations' list with seven nods, Ariana Grande failed to take anything home.