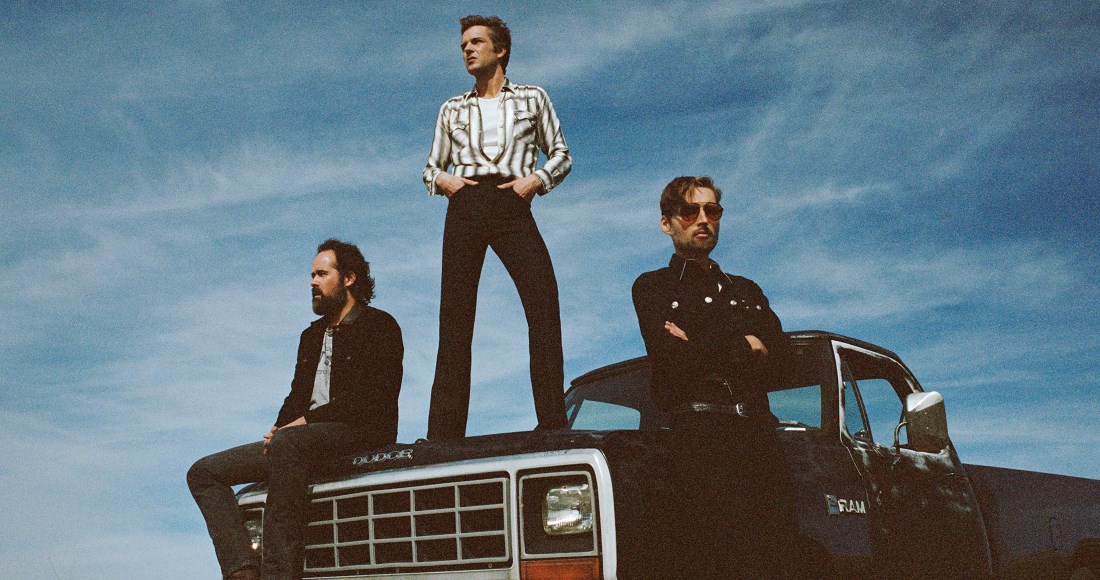 The Killers' sixth studio album Imploding The Mirage is released this week (August 21), but it's their debut single that continues to be a talking point some 17 years after it was released.

OfficialCharts.com/Ireland can reveal that the Las Vegas band's seminal song Mr. Brightside is the most streamed track of the Noughties decade, utilising streaming data since the Official Charts Company began compiling data for IRMA in January 2017.

Mr. Brightside is Ireland's 66th most streamed song ever, and the most played track released prior to the advent of streaming platforms. Since January 2017, the track has registered 12.4 million plays.

What makes the song's success even more remarkable is that it didn't hit the Irish Singles Chart at the time, first appearing nearly a decade after its release. Despite being a staple at your favourite indie bar or wedding reception (or even at a boozy brunch in Dublin that got out of control just this past weekend that saw the song trend on Twitter), the song missed the charts on first release in 2003.

Subsequent singles from their debut album Somebody Told Me and Smile Like You Mean It got Ireland's attention however, culminating in an 11-week stay at Number 1 for Hot Fuss. After a slow-burn campaign, the album topped the charts in its 33rd week on chart in January 2005. Hot Fuss remains one of Ireland's longest-reigning Number 1 debut albums ever.

Nine years after it was released, Mr. Brightside claimed its only two weeks in the Top 50, spending a fortnight at Number 48 in September 2012 following their headline slot at Electric Picnic. That month was peak season for The Killers; their latest single Runaways launched at Number 13 just a week later, and then their album Battleborn became their fourth to conquer the Official Irish Albums Chart.

Brian O'Sullivan, if Brandon ever needs a fill-in, we're calling you! May we all have friends like this #farmersrule https://t.co/mENU0pGfHr

There was another resurgence for Mr. Brightside in 2016 when a video of the song being performed at an Irish wake went viral on social media. The Killers commended Brian O'Sullivan's spirited rendition in tribute of his friend Ger Foley and the song surged to Number 51 as a result.

It is safe to say that Mr. Brightside has a unique place chart history and cultural legacy than most, but with it still being streamed on average 80,000 times a week in Ireland, we suspect its chart success is far from over yet.