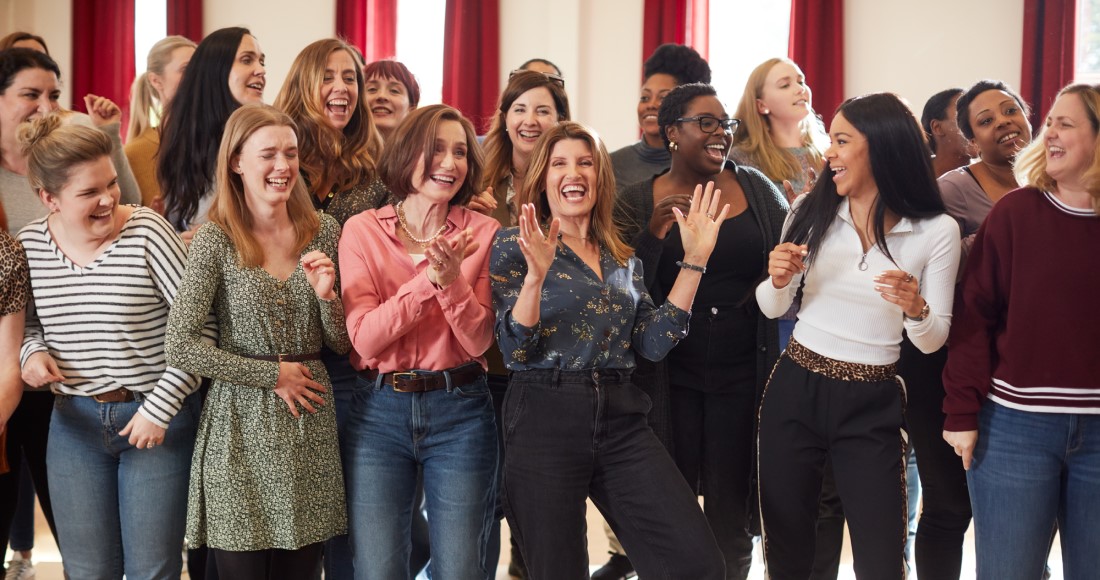 Military Wives flies to Number 1 on this week’s Official Film Chart following its release on DVD and Blu-ray.

The heartwarming British comedy-drama starring Kristin Scott Thomas, Sharon Horgan and Jason Flemyng is up eight places on last week, joining its namesake as an Official Chart Number 1 – the original Military Wives Choir, led by Gareth Malone, earned the UK’s coveted Christmas Number 1 single with Wherever You Are in 2011, and a Number 1 album on Mother’s Day 2012 with In My Dreams.

Military Wives tells the story of a group of women whose partners are away serving in Afghanistan, who form a choir and find themselves the centre of a media phenomenon; along the way their unique friendships helping to overcome their fears for their loved ones.

Elsewhere on the chart, Sonic The Hedgehog zooms back up to Number 2 just ahead of family favourite Frozen 2, as Birds of Prey (4), Dolittle (5) and last week’s Number 1, thriller The Invisible Man (6) all drop.

1917 is also down a place, while Academy Award-winning Joker starring Joaquin Phoenix takes a leap up eight places to return to the Top 10 at Number 8 – its highest placing since April.

Finally, Dark Waters drifts down two to Number 9, and Onward hangs on for a tenth consecutive week in the countdown at Number 10.

If you’re looking for ways to stay entertained at home this Summer, FindAnyFilm.com’s guide to the best brand new movie releases, remasters and TV shows is here to help.  Learn more here and to plan your movie night, head over to FindAnyFilm.com.

This week’s Official Film Chart features a sneak peek at Julia Garner in critically acclaimed drama The Assistant, available to buy on DVD from July 20.