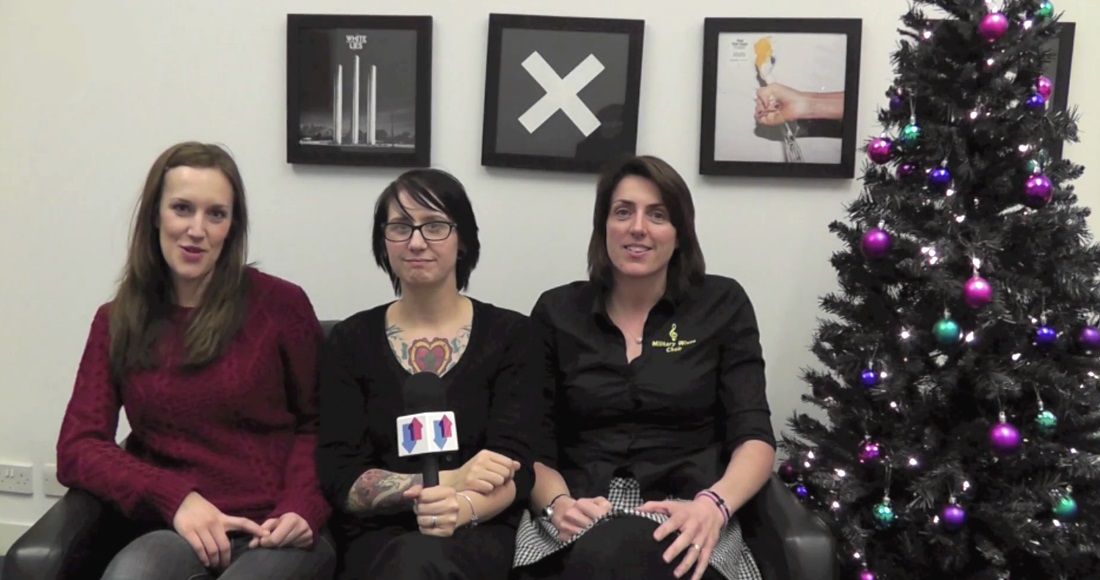 The Military Wives have further strengthened their position in the race for the Official Christmas Number 1, now looking likely to have the biggest festive tally for at least three years.

The Military Wives with Gareth Malone's 'Wherever You' Are has now sold 450,000 copies in five days, five times more than Little Mix's Cannonball, which is now on 88,000 sales. The tally means the wives have now outsold Matt Cardle's 'When We Collide' with two days to go; Cardle sold 440,000 copies in its Official Christmas Number 1 week.

The final Official Christmas Number 1 result will be announced on the Christmas Day Top Of The Pops just before 3pm, before the rest of the Official Singles Chart race is run down on BBC Radio 1's Official Chart Show, hosted by Reggie Yates from 4pm till 7pm.