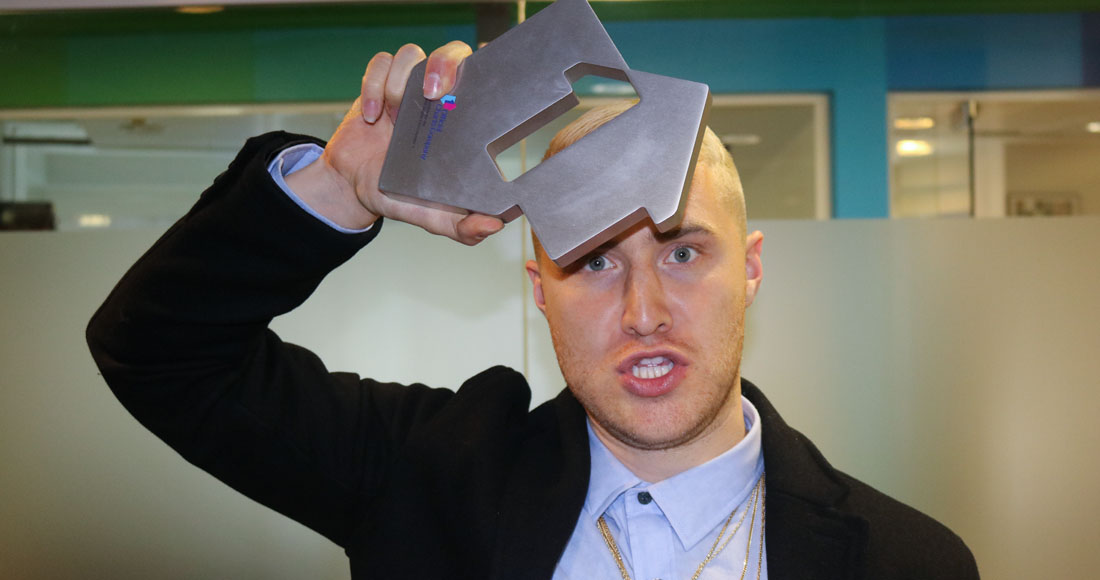 Mike Posner celebrates a third stint at Number 1 on the Official Singles Chart this week with I Took A Pill In Ibiza.

The Seeb remix of Mike's track shifted 84,000 combined chart sales to log a third week at the summit. That’s an even stronger tally than last week (82,000), and takes the song to Gold certification status for passing 400,000 combined sales. I Took A Pill... is also the most streamed song of the week, with just over 4.2 million plays.

Addressing supporters of the song to OfficialCharts.com, Mike said: "To be Number 1 in the UK is quite an honour. I appreciate you making sure I don't have to get another job, and can do art full-time, and that's pretty cool."

Watch the full interview below.

Finishing 20,000 copies behind Mike are Fifth Harmony, whose tune Work from Home climbs one place to Number 2. A career best for the five-piece - their previous peak was Number 3 with Worth It in 2015.

The longest reigning Danish Number 1 in UK chart history, Lukas Graham's 7 Years falls once place to Number 3 and enjoys an eighth week in the Top 3. The band's self-titled album is one of this week's new releases.

Rising four spots to Number 4 is Sia with Cheap Thrills. It is a good job that Rihanna rejected the track, as it is now the Australian singer-songwriter's highest charting single as a lead artist. Her previous best was Chandelier, which topped out at Number 6 in 2014.

Rounding out this week's Top 5 is Zara Larsson with Lush Life. Her second appearance in the Top 10, her featured slot on Tinie Tempah's Girls Like, climbs to a new peak of Number 8.

This week's Official Trending Chart Number 1 from Alan Walker climbs 7 spots to Number 11 today. After seven weeks of climbing and a week staying static at 18, Faded reaches a new chart PB, as does DNCE's Cake By The Ocean, which bounces up from 21 to 17.

Roses by The Chainsmokers continues to ascend the chart, rising seven places to 26, while Meghan Trainor's No also floats higher than ever. Ahead of her appearance on the final of The Voice UK in just over a week, No enters the Top 40 for the first time. The track is Meghan's fifth Top 40 single and charts at Number 30.

Remind yourself of every Number 1 on the Official Singles Chart this year below: