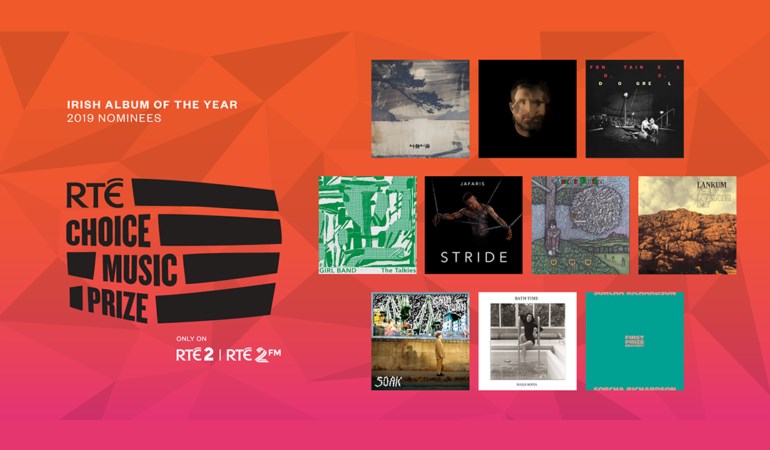 The nominees for the RTÉ Choice Music Prize Album of the Year 2019 have been revealed.

Announced by Tracy Clifford on RTÉ 2FM, ten albums from Irish and Northern Irish acts were whittled down from a longlist of 100s, one of which will be crowned the overall best of 2019 by an industry panel.

When it comes to charts, Mick Flannery's self-titled album has the most success last year out of the nominees, with the record reaching Number 1 on the Official Irish Albums Chart in July.

The nominees for the public-voted Song of The Year will be revealed on Wednesday January 29.

The RTÉ Choice Music Prize is now in its 15th year and has been previously won by the likes of The Divine Comedy, Two Door Cinema Club, Villagers and The Gloaming. O Emperor won last year with their final album Jason.

The winner of the RTÉ Choice Music Prize Album of the Year 2019 will be revealed at the live event on March 5 2020 at Vicar Street in Dublin. The ceremony will be broadcast live on 2FM from 7-11pm, while Official Chart host Blathnaid Treacy will present TV coverage on RTÉ2 the following week.

The RTÉ Choice Music Prize 2019 Album of the Year Nominees