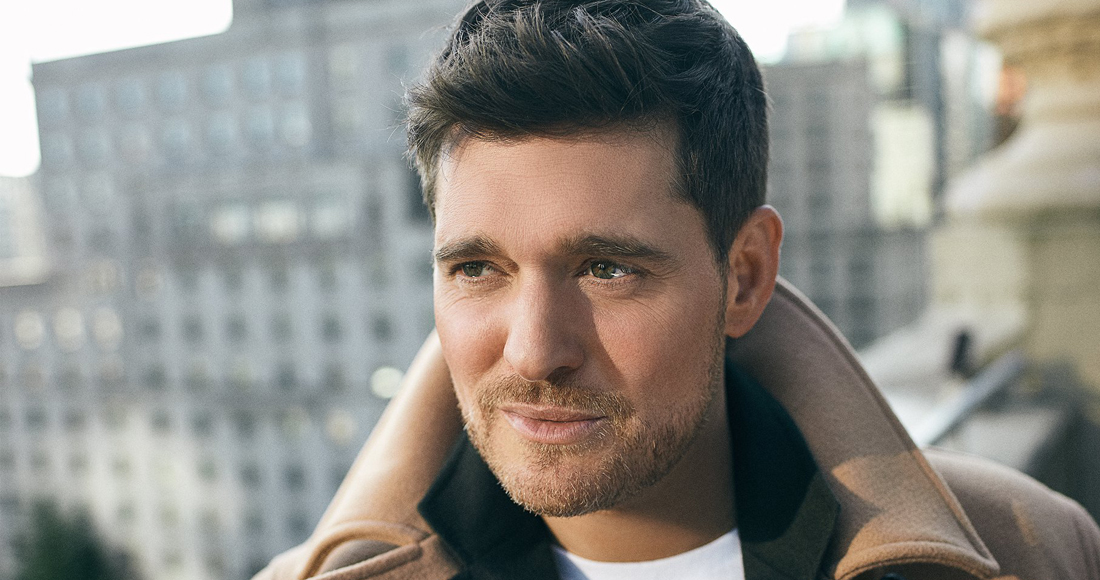 Michael Bublé is currently heading towards the UK's Number 1 album in the UK this week.

Bublé was leading the charge at the midweek mark, ahead of fellow contenders Placebo and Machine Gun Kelly. If Higher does manage to stay ahead of the competition, it would become his fifth chart-topper in the UK.

But what is the biggest Michael Bublé album in the UK? Using Official Charts Company data, we've complied the definitive list of the Top 10 biggest records released by the Canadian crooner based on a combination of physical purchases, digital downloads and streams.

The list takes into consideration all of Bublé's major label releases - although two releases he dropped in the early 00s as an unsigned artist did not chart in the UK.

On the list we have a little-known covers EP taken from an early-career film of Bublé's, Sings Totally Blonde (10), his most recent album, 2018's chart-topping Love (9) and his breakthrough, self-titled major label debut album (6).

Only one album has repeat appearances in the Top 10; the Grammy-winning Call Me Irresponsible. It's original edition charts at Number 7, while its jam-packed Special Edition places higher up, well in to the Top 5.

Speaking of, let's see that Top 5 in more detail:

The first new non-Christmas album of Bublé's since his commercially successful Crazy Love era, To Be Loved contained a Top 10 single (the original song It's A Beautiful Day) and became his third consecutive UK Number 1 album following Crazy Love and Christmas. It's total combined chart sales currently stand at 831,000.

Perhaps best well-known for housing Bublé's Bond-esque re-imagining of jazz staple Feeling Good (previously covered by the likes of Nina Simone and, uh, Muse), It's Time showed that there wasn't a sophomore slump to be found in the singer's catalogue. In fact - it's actually outsold Bublé's self-titled debut album, cruising into Number 4 on this list with total UK chart sales equaling 881,000.

What we might hesitate to call Bublé's big pop girl era, Crazy Love was bombastic and care-free, and also bolstered by the success of several hit singles - chief among them Haven't Met You Yet. An original pop hit for Bublé, it peaked at Number 5 on the Official Singles Chart (his highest-peaking single ever) and also contained the Top 20 hit, Hollywood.

Crazy Love may come in second place with combined UK chart sales of 3.1 million (its also his second most-streamed album, taking in over 51,000 streams), but the chart-topping record is actually Bublé's highest selling physical collection. It's shifted more than 2.8 million physical copies in the UK. It's also spent more time on the charts than any other of Bublé's albums; a jaw-dropping 229 weeks (although it has some way to go until it ranks among the longest-charting albums in UK chart history...)

It feels wrong to be discussing Christmas in the beginning of Spring, but it should come as no surprise that Bublé's yuletide collection comes out on top here. Along with Mariah Carey's All I Want For Christmas Is You and Wham!'s Last Christmas, Christmas has become one of the most reliable chart mainstays as soon as the calendar turns over to December. It even managed to become the coveted Christmas Number 1 Album the year it was released.

Numbers-wise, Christmas easily tops the list with total combined UK chart sales of 3.2 million. It's also Bublé's most streamed album by far, coming in with a total of 341,000 calculated streaming sales. Still popular year-on-year, in 2021 it managed to creep back up to Number 3 on the Official Albums Chart, proving that if Mariah is the modern Queen of Christmas, then Bublé has to be its king.