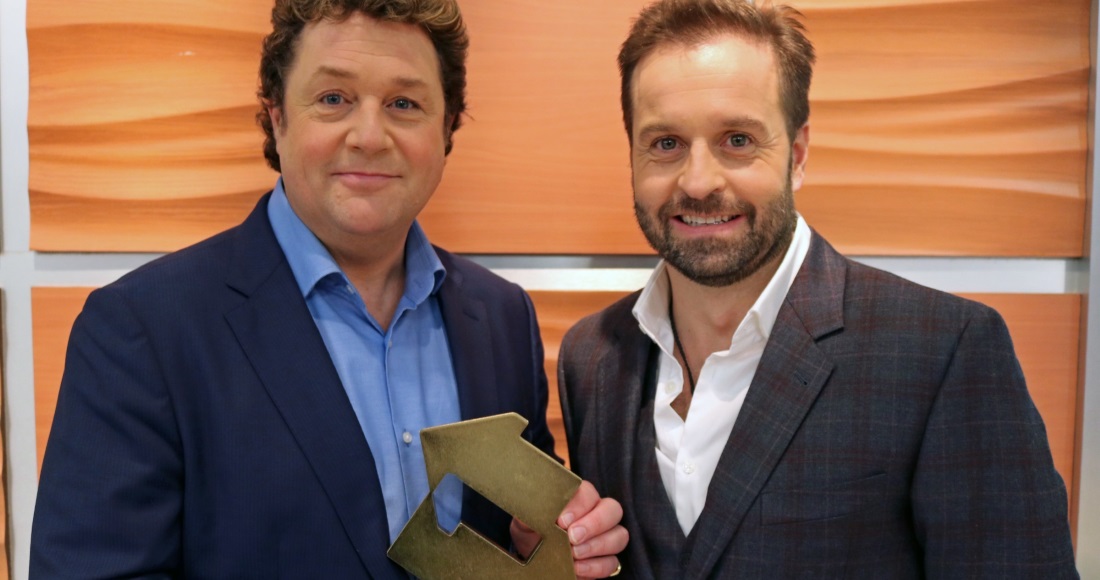 After five weeks in the Top 5, Michael Ball and Alfie Boe's Together finally hits Number 1 on the Official Albums Chart.

"This is absolutely fantastic," Michael Ball told OfficialCharts.com. "It just goes to show that you never, ever know what is around the corner in this business. We didn’t expect this. It is just unbelievable."

Alfie Boe added: "A huge thanks to everyone who bought the album. Our hearts go out to you all for Christmas. We hope we entertain you with the album for Christmas and lots of love to everyone."

The collection is Alfie's first UK Number 1 album and Michael's first for 24 years following his 1992 debut, and has been selling strongly over the past month. Together was BPI-certified Platinum this week, with sales of over 300,000, and has been held off Number 1 by the Rolling Stones, Little Mix and Robbie Williams but now reaches the top with a combined chart sales tally of 96,000.

The pair finished 26,000 ahead of the Rolling Stones' Blue & Lonesome, which falls one place to 2 this week, while Little Mix's Glory Days holds at 3.

Phil Collins' The Singles lifts four places to Number 11, while Coldplay and Adele's latest albums both jump five places to 15 and 16 respectively.

Rick Astley's 50 will arrive in a fair few stockings this year, rising eight spots to 17, while J Cole's fourth studio album 4 Your Eyez Only lands at Number 21.

Finally, Aled Jones' One Voice at Christmas reaches a new peak of 24, up six, Elvis Presley's million-selling If I Can Dream rockets 11 spots to 36, and Katie Melua's In Winter returns to the Top 40, rising 20 places to 38.