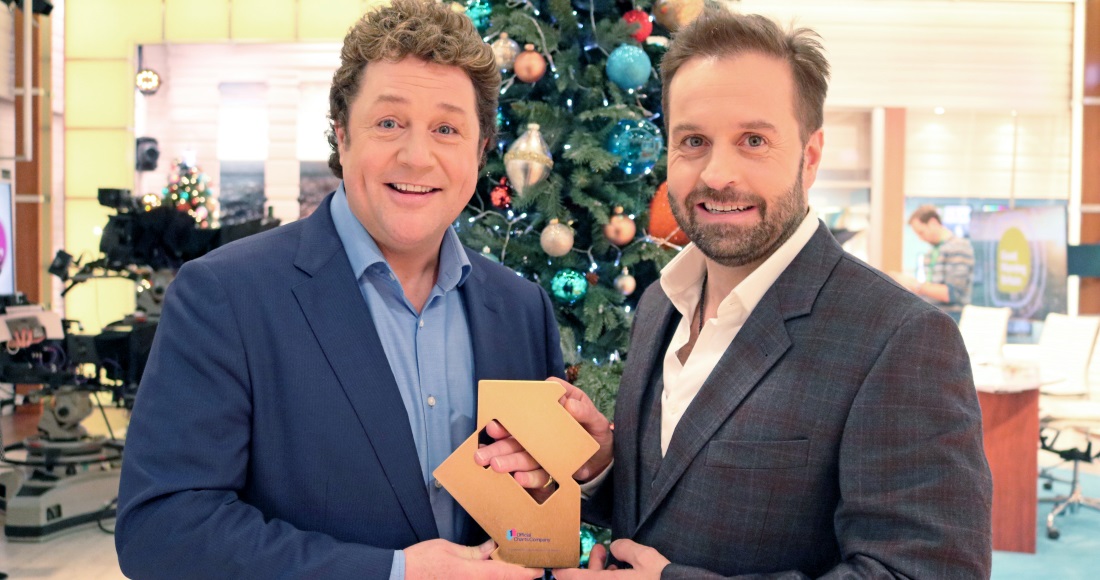 Michael Ball and Alfie Boe have gone one better than last week's Number 1 - they're officially the holders of the UK's Christmas Number 1 album.

Ball & Boe's Together accumulated a further 110,000 combined chart sales, 98% of which was made up by physical sales - that's a lot of Christmas presents. Alfie's first ever Number 1 record and Michael's first for 24 years, Together has secured its best tally of sales yet to secure not only the coveted Xmas chart topping status, but also the title of being the biggest selling artist album released in 2016.

Only David Bowie's Blackstar has managed to achieve a higher number of chart sales within a single week in 2016, and was the year's fastest-selling release.

The Christmas Top 5 is completed by Little Mix who rise one place to Number 2 with Glory Days, The Wonder of You by Elvis Presley at 3, last week's Number 2 The Rolling Stones' Blue & Lonesome (4) and Olly Murs' 24 HRS which holds at Number 5.

Bruno Mars' 24K Magic rises two places to a slick Number 7 at Christmas while Adele's 25 sticks around in the Top 40 for a 57th straight week, up three spots to Number 13. David Bowie's Legacy compilation jolts four places to Number 16, and Aled Jones' One Voice at Christmas reaches a new peak of 22, up two.

Jack Savoretti's Sleep No More leaps 35 placings to Number 31 after his performance on The Graham Norton Show and The 1975's I Like It When You Sleep scores a huge uplift of 11 places to Number 39 after a £3.99 promotion on iTunes.