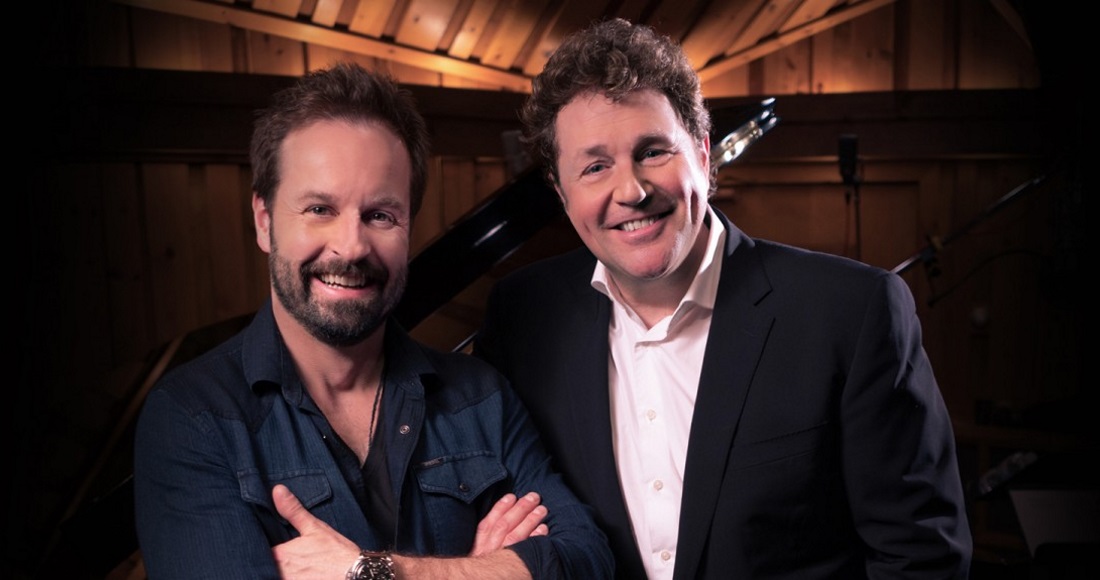 Singers Michael Ball and Alfie Boe have landed a second Number 1 album with their new collaboration Together Again. Their first pairing, Together, scored the Official Christmas Number 1 in 2016 and ended the year as the biggest selling artist album released in 2016.

Michael and Alfie commented: "We could never have imagined being here with our second number 1 album. Thank you to all of our amazing and supportive fans who have been with us every step of the way. We could not have done it without you and we can't wait to share the new album with you on the road!"

Stereophonics' Scream Above The Sounds gives the Welsh band a 10th Top 10 album in the UK, going straight in at Number 2, and Gregory Porter hits a new personal best with third album Nat King Cole & Me – it's his highest charting album, new at 3. Gregory can also celebrate the fact that, based on sales and streams of his first two albums Liquid Spirit and Take Me To The Alley, he's the biggest jazz artist of the year in the UK.

Aside from the all-new Top 3, Steps' Tears On The Dancefloor returns to the Top 40 thanks to the release of a deluxe Crying at the Disco edition featuring new tracks, at Number 7, while Chris Brown lands a sixth Top 10 album thanks to Heartbreak on a Full Moon, new at 10, and it's a seventh Top 40 for Kelly Clarkson – Meaning of Life is new at 11.

Stormzy's former chart-topper Gang Signs & Prayer zooms 19 slots back up the chart to Number 13 following his X Factor performance on Sunday, while the most wonderful time of the year truly gets underway thanks to Michael Bublé – his perennial favourite, Christmas, rises 14 places to Number 16.

Michael Jackson's Scream album gets a significant Halloween boost thanks to the release of a glow-in-the-dark vinyl edition, rocketing 80 places to 19, and Sam Smith's debut In The Lonely Hour lifts 10 spots to 21 in anticipation of its follow-up The Thrill of it All, released today.

MORE: View every Number 1 album ever with our definitive list

Hollywood Undead score a new UK chart personal best with Five, which is new at 31, and rapper Skrapz scores his first Top 40 album with Different Cloth, new at 33.

More albums returning to the Top 40 are Michael Ball & Alfie Boe's Together, up 145 places to 36; Michael Jackson's hits retrospective Number Ones, at 37; and following his showcase Harry Styles at the BBC, the former One Direction star's self-titled solo debut climbs 35 places to land at Number 38.

Look back through every Official UK Number 1 album below: