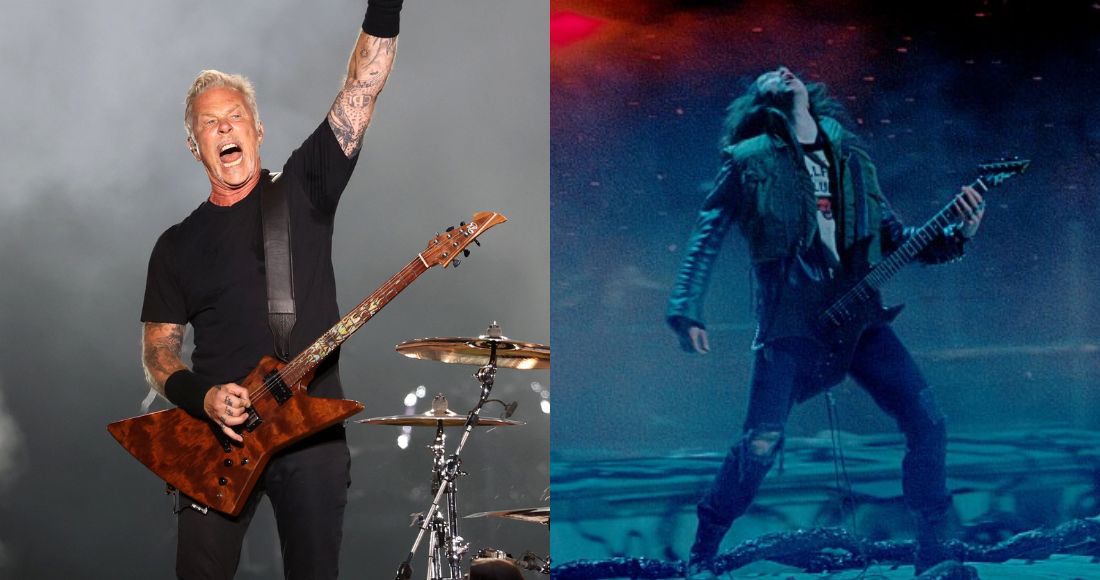 Metallica have celebrated the recent viral success of their track Master Of Puppets by 'duetting' with the Stranger Things character responsible for its chart resurgence.

Master of Puppets - originally released by the US rock band in 1986 from the album of the same name - was featured in a very pivotal moment in the recent finale of Stranger Things' fourth season, where Eddie Munson (Joseph Quinn) took a stand against the dark forces of the Upside Down to save his friends, guitar in hand.

Eddie's sacrifice saw him play along to Master of Puppets on his guitar, and to repay the favour, the band have uploaded a clip to their socials which sees member James Hetfield play along with a clip from the show on his very own guitar.

"Eddie," the caption to the video reads, "this one is for you!" Naturally, Hetfield is of course wearing a Hellfire Club t-shirt, mimicking the one Eddie himself wears in the show.

Given the extreme popularity of Stranger Things, it would be fair to say that Master of Puppets' inclusion in the show has proved to be extremely successful. Indeed, the track is now set to enter the Top 40 of the Official Singles Chart for the first time ever this week.

Not only that, but it would be Metallica's single to hit the upper echelons of the Official Singles Chart in 14 years. Not bad going, if you ask us.

Of course, this follows on from the chart resurrection of another 80s classic featured in Stranger Things - namely, Kate Bush's mighty 1985 masterpiece Running Up That Hill, which saw its popularity explode enough to help Kate secure her first UK Number 1 single in 44 years, breaking several Official Charts records in the process.

Metallica have commented on the help Stranger Things has given Master of Puppets reaching a new audience, saying in a statement "It’s an incredible honour to be such a big part of Eddie’s journey and to once again be keeping company with all of the other amazing artists featured in the show."