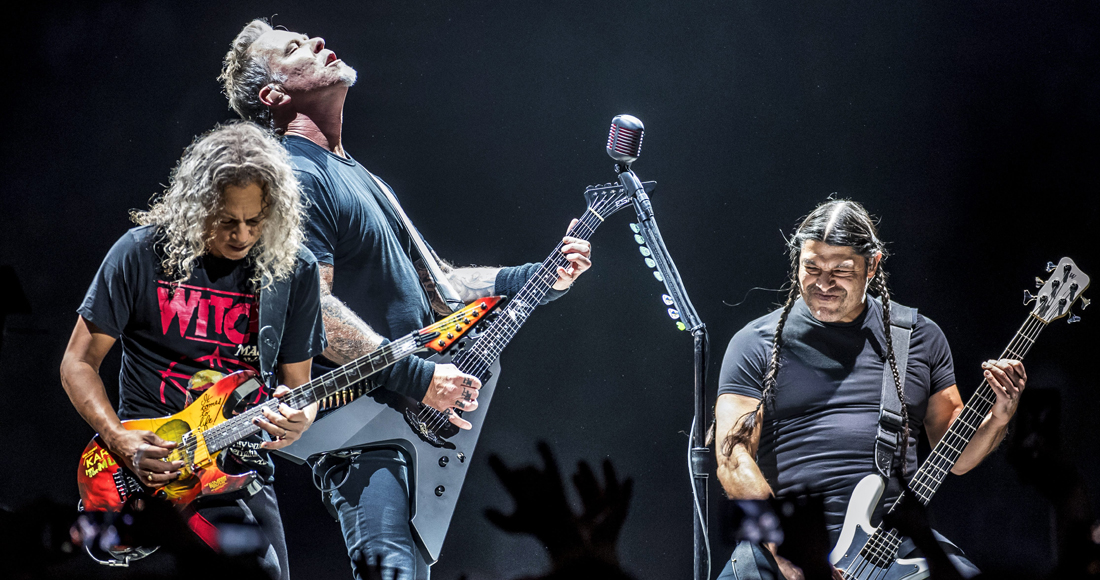 Metallica have announced details of a massive European tour, including dates in London and Manchester.

They’ll be supported on the tour by Ghost and Bokassa, who were previously named by drummer Lars Ulrich as his favourite band.

Tickets for the European tour go on sale on September 28 at 10am. See the full list of dates, which kick off in Portugal on May 1, below.

Metallica last played in Manchester in 2017, performing at the city's arena not long at the terrorist attack that killed 22 people.

They performed Oasis' Don't Look Back In Anger at the concert in tribute to those who lost their lives or were affected by the tragedy.

The band have landed seven Top 10 albums in their 35-year career, three of which reached Number 1, including their 1991 self-titled record. Look back at Metallica's complete Official UK Chart history here.