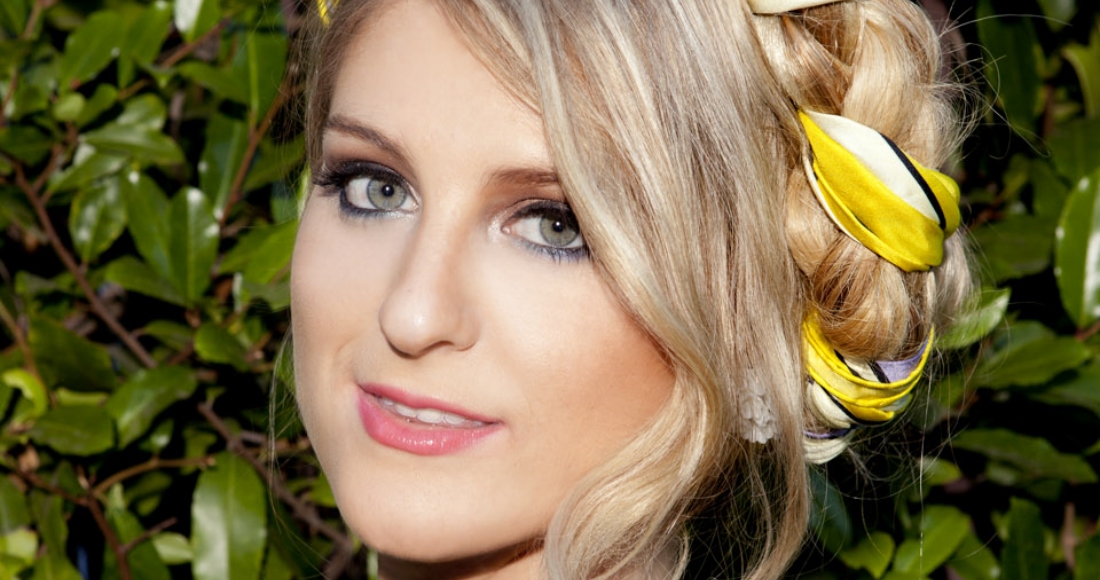 The "body-positive" track has climbed 32 places to the top spot this week, notching up a combined chart tally of nearly 144,000 copies. Clean Bandit’s Rather Be FT Jess Glynne (which sold nearly 163,000 copies in its first week, back in January) holds the record for the highest first week sales of the year.

"It feels unreal! I still don't believe it! Especially on my first single. It's incredible!" Meghan tells OfficialCharts.com.

Not content with just racking up huge sales, last week All About That Bass also became the first song to ever enter the Top 40 based on streams alone. Meghan reflects, "My mom was the first one to tell me I was breaking records in the UK. I had to read it myself to believe it. It feels amazing."

All About That Bass is also the most streamed track of the week, having been listened to nearly 1.4 million times in the last seven days, with streams contributing over 9% of the song’s combined chart sales figure.

Drum and bass duo Sigma are down two places to Number 4 with Changing FT Paloma Faith, and rounding out the Top 5 is Calvin Harris’ Blame FT John Newman (Number 5).

Further to Meghan Trainor’s All About That Bass (Number 1), there are six new entries in today’s Official Singles Chart Top 40.

Jessie Ware nabs a second Top 40 in just two months with ballad Say You Love Me (22), which was co-written by chart favourite Ed Sheeran, and has become her highest charting single to date.

Finally, Jamie T’s Zombie climbs 12 places to Number 36. The track is taken from Jamie’s third studio album Carry On The Grudge, which enters the Official Albums Chart at Number 4 today.