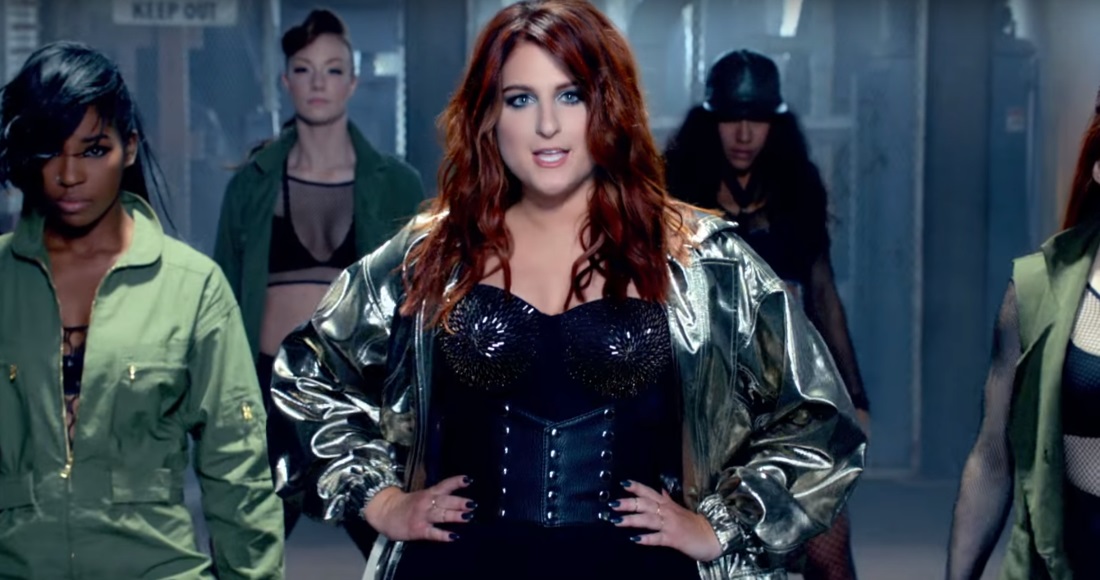 Meghan Trainor has defended those criticising Jennifer Lopez's new single Aint Your Mama because it was co-produced by Dr Luke.

Meghan, who penned the track, said Lopez had no knowledge of Luke's involvement in the early demo stages song. The producer has recently been the subject of a lawsuit after singer Kesha sued him for "mental manipulation, emotional abuse and sexual assault". Luke has denied the allegations and last week (April 7), the case was thrown out of court.

"[It was] not fair on her, not at all," she told OfficialCharts.com and other journalists. "I texted her the song and she had no idea – she thought I did it alone by myself at my house, which a lot of people think because I do do that.

"I sent it to her and said, 'do you like the song?' and she said 'I love the song, my kid loves the song – he’s made me play it five times already so I know it’s a hit, when can I cut it?', so I said immediately, whenever you want!"

The star also revealed that she has worked on two more songs for Lopez's upcoming album, which is due later this year. "LA Reid wants me to work with her on this new record because we’ve had so much success," she explained. "I gave her three songs so far, and [Ain't Your Mama] was one of them. For the American Idol [finale] they were like, this is the best one that mixes with Let’s Get Loud, so they combined it.

"But I felt terrible when Jennifer got all the hate for [Ain't Your Mama], and it’s just all ridiculous. It’s such a big song for her. After the last album, I’ve been listening to this new album and I’m like, it’s night and day. The music is there, the melodies are there and a lot of my songs are self-empowerment songs, and she loved that about my writing."

Meghan revealed the title of one of the tracks as I'm Looking Good, adding: "It’s about [how] even Jennifer Lopez will question herself sometimes and get self-conscious. The first words are "sometimes I get self-conscious and a little insecure. I’ve got to remind myself I’ve got it and that I’m never unsure."

"She told me she just wrote a book about that and said, ‘This is real!’. I said, 'J Lo, if you say these things, everyone will relate to that too.' I’m so proud of her and this new album is going to be huge for her."

Meghan Trainor's latest single No is out now and currently sitting just outside the UK Top 10 on the latest Official Chart Update. Her second album Thank You follows on May 13. Watch the No video below: