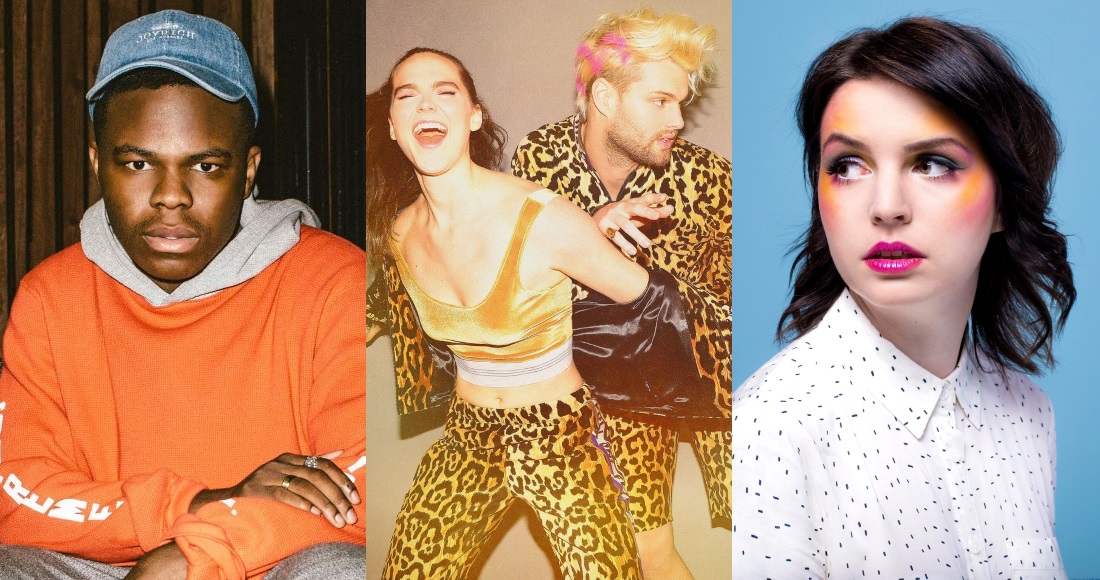 Apple's iPhone 8 and iPhone X launch event yesterday in California was a big deal for tech fans, but it also introduced some lucky musicians to a worldwide audience.

Daye Jack, Emma Blackery and Sofi Tukker were centre stage for Apple's presentation, as their music was heavily featured through demonstrations of the new iPhone X, and upcoming changes to Apple Music.

New York duo Sofi Tukker, made up of Sophie Hawley-Weld and Tucker Halpern, had the biggest spotlight, with their new single Best Friend being the featured track on the iPhone X trailer. The song, which enlists Nervo, The Knocks & Alisa Ueno as collaborators, can be heard below.

The GRAMMY nominees have released one EP titled Wild Animals, while their song Johny was featured on the soundtrack to popular football video game FIFA 17. If you like Fickle Friends or Crystal Fighters, then we think you're going to love Sofi Tukker.

While Sofi Tukker can claim over 7 million people have heard their new song (as of writing), Emma Blackery and Daye Jack will be happy with Apple Music promotion. It was announced that the platform will be integrated within the upcoming Apple Watch 3. For the first time, Apple Watch users will be able to stream music as their wearable device connects with AirPod wireless headphones.

Daye and Emma seemingly had no idea their music would be featured on screen. They both took to Twitter as soon as they found out:

I AM FUCKING SHOOK

NO I DIDNT KNOW THIS WOULD HAPPEN#AppleEvent

Daye's debut album No Data was released in March 2017, while his other credits include backing vocals on Ariana Grande's Dangerous Woman album, and supporting Tove Lo during her Ladywood US tour. Listen to Daye's song No Data here.

Meanwhile, independent musician Emma Blackery, who is also a popular YouTuber, has released five EPs, the most recent of which Magnetised was the one that caught Apple's eye. Magnetised charted on the Official Albums Chart Top 100 while her song Perfect hit the Top 10 on the Official Rock/Metal Singles Chart.