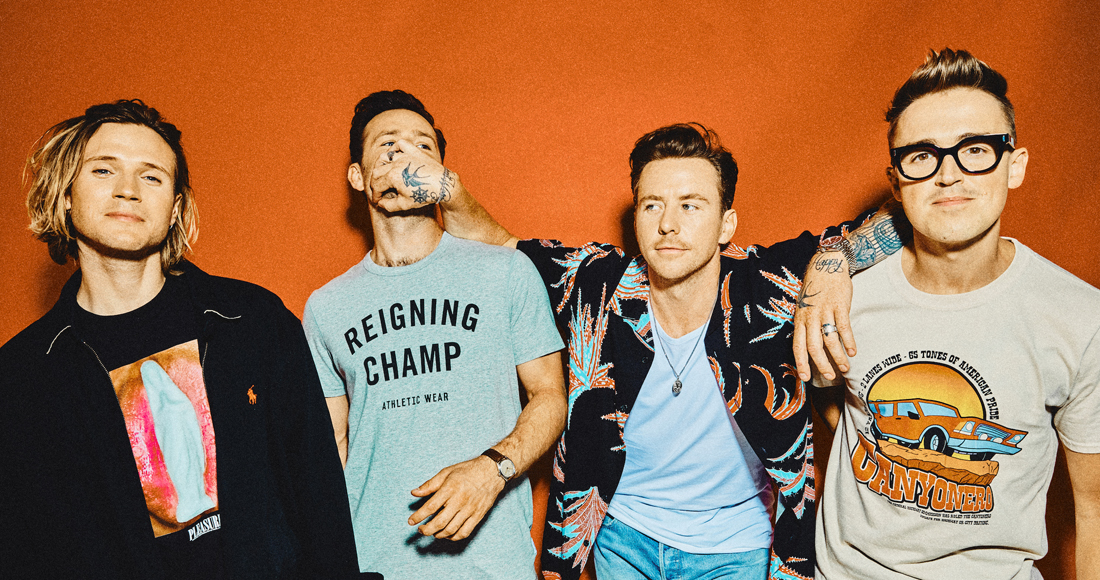 McFly aren’t ones to dwell on the past. Having broken through in 2003 with an instant run of chart-topping success, they’re fast-approaching the 20-year-old sweet spot for nostalgia – but they’re not ready to lean on past glories just yet.

“Obviously, we’re at that stage in our career where we are a nostalgic band for some people,” Harry Judd tells Official Charts over a Zoom call. “And that’s great, but there’s also that element of wanting to keep moving forward and achieving. I want to look back in 20 years from now and think this moment was also fun – we want to keep making those memories and having a good time.”

Tom, Danny, Dougie and Harry return this week with Young Dumb Thrills, their first studio album in a decade. As with their previous records, it is quintessentially McFly – their particular brand of Beach Boys, Beatles-styled pop rock has always existed independently of trends – albeit with a more relaxed and reflective mood than before. 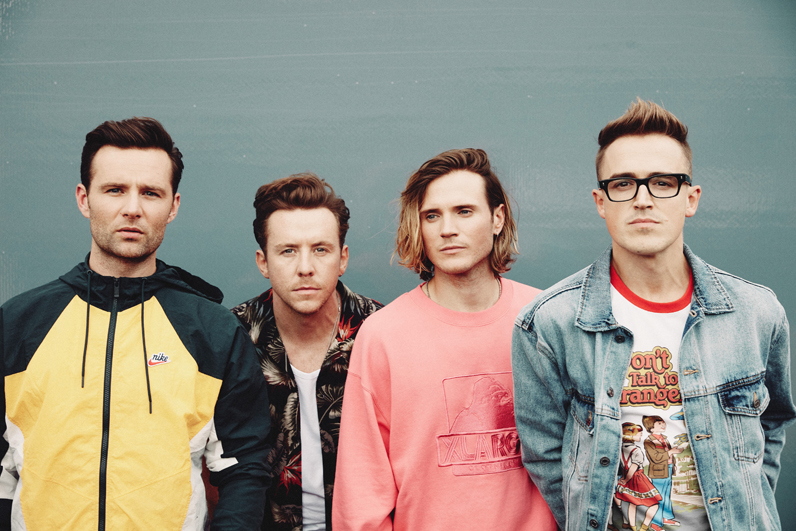 Given the last brand-new McFly music was released in a time before streaming, when songs flew in and out of the charts, and when social media was in its infancy, it’s difficult not to view them through a rose-tinted lens. Coinciding with Young Dumb Thrills is an ITV documentary called It’s All About Us, featuring new interviews with the band about their rise and highs and lows of fame in the 2000s.

Have they watched it back? “No – and I probably won’t ever,” Tom Fletcher says, while Harry interjects: “I hate watching myself on TV anyway.”

Was it really that painful? The band previously admitted they went to group therapy to work through old issues before reuniting. Tom says that McFly’s history is a web of collective memories as well as their own individual journeys, which is impossible to distil into one hour. “It’s also our lives and it’s emotional for us – there’s some deeply personal stuff in there. All of those experiences are important to the story of McFly and give more weight and context to this album, so we feel it’s important the fans have that.”

Wherever the word comeback is used, pressure shortly follows, but McFly insist the process of creating their sixth studio album was a joyful and effortless experience. Danny Jones explains they came together in the studio in January and February this year without a record deal or expectations of producing anything meaningful. “They were the first sessions we did together in a long time,” he says. “The album literally follows the process of what we achieved in those weeks.”

Tom adds that while their groove re-emerged quickly, it wasn’t entirely smooth sailing. “Behind the scenes, we definitely tried stuff and thought about falling in line with where music trends are going – but we were never that band trying to be cool, so why do that now? When we first came out there wasn’t anyone doing songs like 5 Colours In Her Hair. We’ve gone back to that – not paying attention to radio or Spotify playlists, just making music that made us happy in the studio that day.”

McFly may have never been cool, but their impact on today's chart-topping acts is starting to creep through, from The 1975s recent singles to Lewis Capaldi revealing their 2007 single The Heart Never Lies is one of his all-time favourite songs.

"It’s nice when you hear current artists saying they enjoy our music," Harry says. "It’s something we didn’t experience in our early days – indie bands used to slag us off in NME to increase their credibility. We can’t pretend that we didn’t love what Lewis Capaldi said."

When McFly first emerged, the music industry was in financial freefall, its resistance to shift from physical to digital meant illegal downloading was rife. Smartly, McFly forged a loyal fanbase who actually bought their records, earning them seven Number 1 singles and two chart-topping albums. 17 years on, Top 40 pop has become an even bigger numbers game: as well as chart positions to contend with there are streaming stats, number of playlist adds and social media follower counts, all constantly being scrutinised.

MORE: McFly confirmed as next guests on The Record Club

It’s not something McFly can even pretend to care about. “I feel like I’ve come full circle in knowing what our responsibility is as a band – and that’s writing music and playing live,” Tom says. “What you dream about when you’re a kid and you see your idol on stage - that’s the bit about being in a band that I want to focus on.

“This big shift into the streaming world is so alien to me and what we knew, that we can separate ourselves from it and leave it to our label and managers because they know about it. It means we can focus on writing the best songs we can and playing live. I feel less caught up on that than I was ten years ago.” 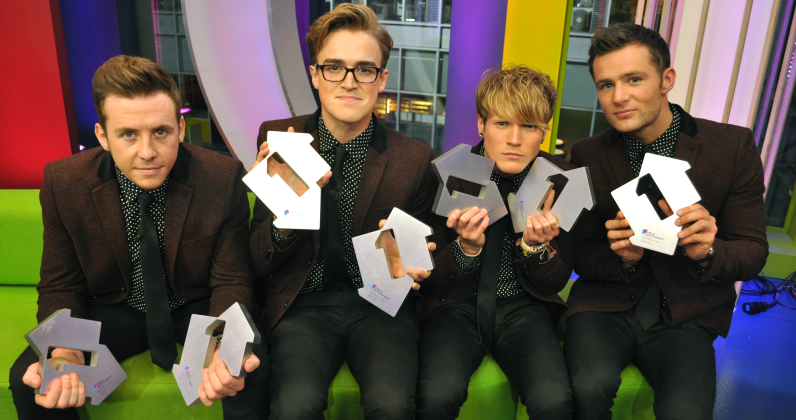 McFly with their seven Official Number 1 Single Awards in 2012.

“We’re really lucky to have that though,” Danny quickly interjects. “To be in our position, we have to be thankful for it. There are artists out there with billions of streams but they can’t sell tickets.”

One key component of the McFly sound that remains fully intact on Young Dumb Thrills is the sense of escapism, particularly on the record’s trailer singles Happiness and Tonight Is The Night. In a difficult year, their timing couldn’t be better. Harry notes the album’s second track, Another Song About Love, opens with the line: “Life’s great these days and I’ve got nothing to complain about,” quipping: “Let it be known these were written before Covid!”

Is it hard work remaining so spritited and perky, (almost) 20 years on? “I feel like that’s the responsibility of pop music though, to provide three minutes of escapism,” Tom says. “You put it on to go somewhere else for a bit. It’s one of the nice things for us being able to occupy that pop world as a band. I feel like there are different elements to McFly – there’s the Star Girl, 5 Colours In Her Hair – just pop fun for a few minutes. Where albums are so important are that it’s for all the other stuff – the sentimental, the emotional, and more personal.”